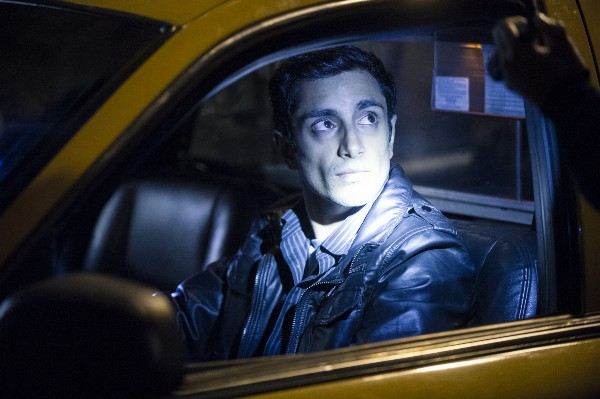 We have a lot of questions left to be answered in the finale episode of The Night OfÂ â€œThe Call of the Wild.â€ But only one is at the forefront of the trial: Who killed Andrea Cornish?

There are plenty of suspects: Of course thereâ€™s our key player, Nasir Khan; thereâ€™s Andreaâ€™s stepfather, Don Taylor; the creepy mortician, Mr. Day; and Duane Reade, the mystery man walking with Trey that night. Weâ€™ll have to wait and see if any of our most obvious suspects were actually a part of the murder. On the other hand, we may never find out if one of these people is Andreaâ€™s killer. Naz could be acquitted and weâ€™ll never really know what happened on the night of the murder.

But for Naz to be acquitted, the defense needs to succeed. The description for â€œThe Call of the Wildâ€ suggests something major is going to derail the defense in this episode and put the focus on John, but what? We thought it could it be that uncomfortable kiss Naz and Chandra shared, since it may make John the lead attorney. Or it could be something else entirely, maybe to do with some of Johnâ€™s decisions. Heâ€™s known for having the proclivity to break the rules, so it wouldnâ€™t be so far out of the question for something heâ€™s done to resurface and cause alarm.

Truthfully, The Night Of has never been about who killed Andrea, as much as that question hangs over the series. Itâ€™s just as important, or more important, that we find out how all the people affected by this case end up. The Khans have been damaged beyond repair, even without a conviction. So will a â€œnot guiltyâ€ really help soften the blow of the miserable journey Salim, Safar, and even little brother Hasan, have been forced to take? Will John and Chandra consider this a boost to their respective careers or will it end up being their downfall? And what kind of life can Naz expect to lead if he gets out of jail? All we can hope for is glimpses of how our charactersâ€™ lives turn out, but we have a feeling whatever the outcome is, itâ€™s not going to put us at ease.

The series finale of The Night Of airs Sunday, August 28th at 9/8c on HBO.

The Night Of "The Call of the Wild"