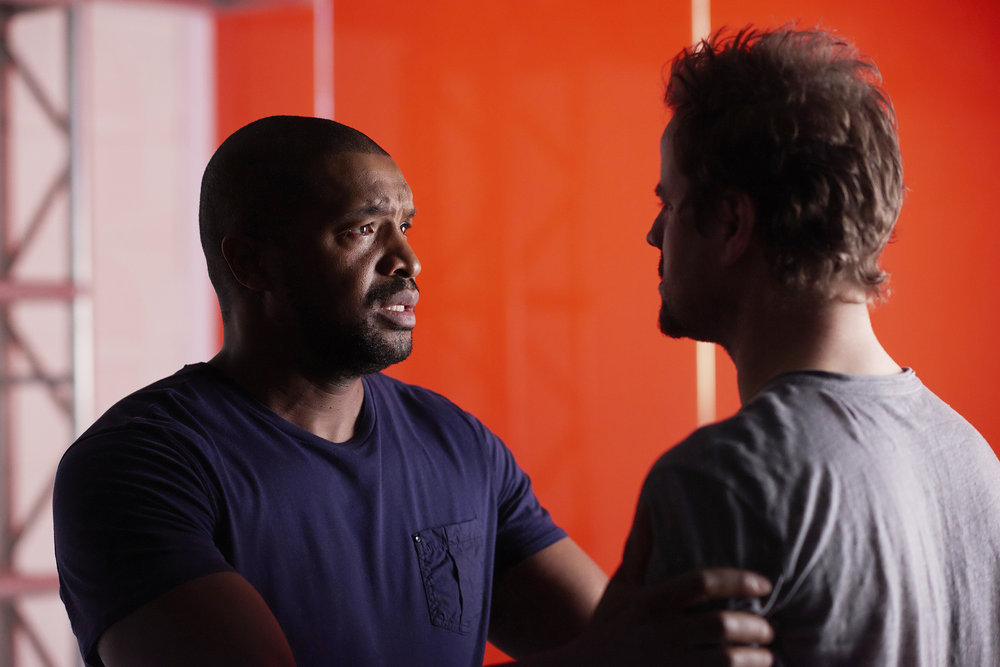 Not to sound like a broken record but we’re going to risk it anyway. The second season of Syfy’s Dark Matter is stellar. One of the best series of this summer season.

Case in point: Last week’s episode, “Stuff to Steal, People to Kill.” This one sent the Raza Crew to a parallel universe where they had to deal with another version of themselves. Alt Two and Alt Three were together (and we liked that a lot). They were also a super group of criminals that included an alive and well (and nasty) Jace Corso. Alt Six was dead (poor Six, he gets no respect). And Four? Well, in this reality, he was the leader of his homeland.

Meanwhile, our Two was amazing as she infiltrated the other Raza, took charge and stole herself a fierce, new coat in the process. Sure, Alt Jace tried to blow her up and get rid of her. Thankfully, she made it out. Unfortunately, she ended the episode in a world of trouble. When the action cut to black she was unconscious in her room.

Syfy Synopsis for “Going Out Fighting”

The crew must pull off a dangerous op inside the headquarters of Dwarf Star Technologies in a desperate bid to save their ailing leader.

Peter Deluise directed “Going Out Fighting” — As an actor Peter’s best known as Officer Doug Penhall from the late great series, 21 Jump Street. His Sci-Fi (and Syfy) street cred is just as good. He’s appeared in everything from Stargate SG-1 to Sanctuary to Supernatural. As a director, his credits include Stargate, Painkiller Jane, Kyle XY and SGU Stargate Universe.

Let’s just say Deluise has a lot to work with in tonight’s episode. Some teases: