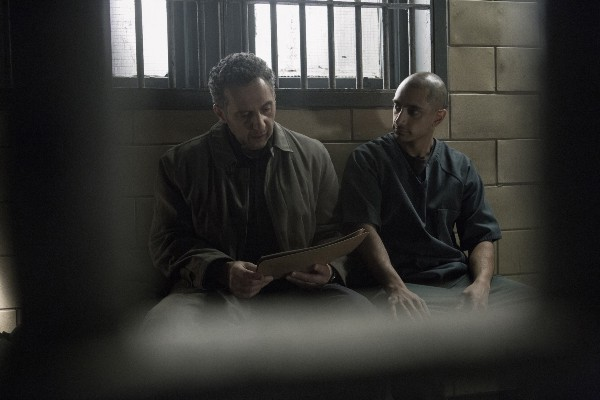 The penultimate episode of The Night Of is here and â€œOrdinary Deathâ€ is getting into the nitty-gritty details of Nazâ€™s trial. We saw Chandra and prosecutor Weiss give their opening statements last week, and saw the arresting police go on the stand.

But in â€œOrdinary Deathâ€ two very important people will be taking the stand: Detective Box and Dr. Katz, the pathologist John hired to examine the crime scene. Box is sure his â€œmountain of evidenceâ€ is enough to pin Andreaâ€™s murder on Naz, but how is the pathologist going to play in? There are still a few pieces of information we, the audience, know, but those on the show do not (ahem, the knife game), and if the truth is ever going to come out, it has to come out now.

As we know from last week, Naz is psychologically not OK. Increasingly resigned to a future in prison, weâ€™re thinking heâ€™s not going to be able to convince the jury of his innocence, since he canâ€™t seem to convince himself. Worse, judging by the scenes of Safar in the promo for â€œOrdinary Death,â€ his family is slipping in their belief in him too.

The fear is that as Naz drifts away from his actual family, heâ€™ll become deeper and deeper entrenched into his new familyâ€”Freddyâ€™s crew. Theyâ€™ve certainly kept him alive, but it hasnâ€™t come for free. The only reliable people Naz has are Chandra and John, who have to act as his army, the final front fighting back conviction.

Chuck “Chuck Versus the Hack Off” Preview (VIDEO)