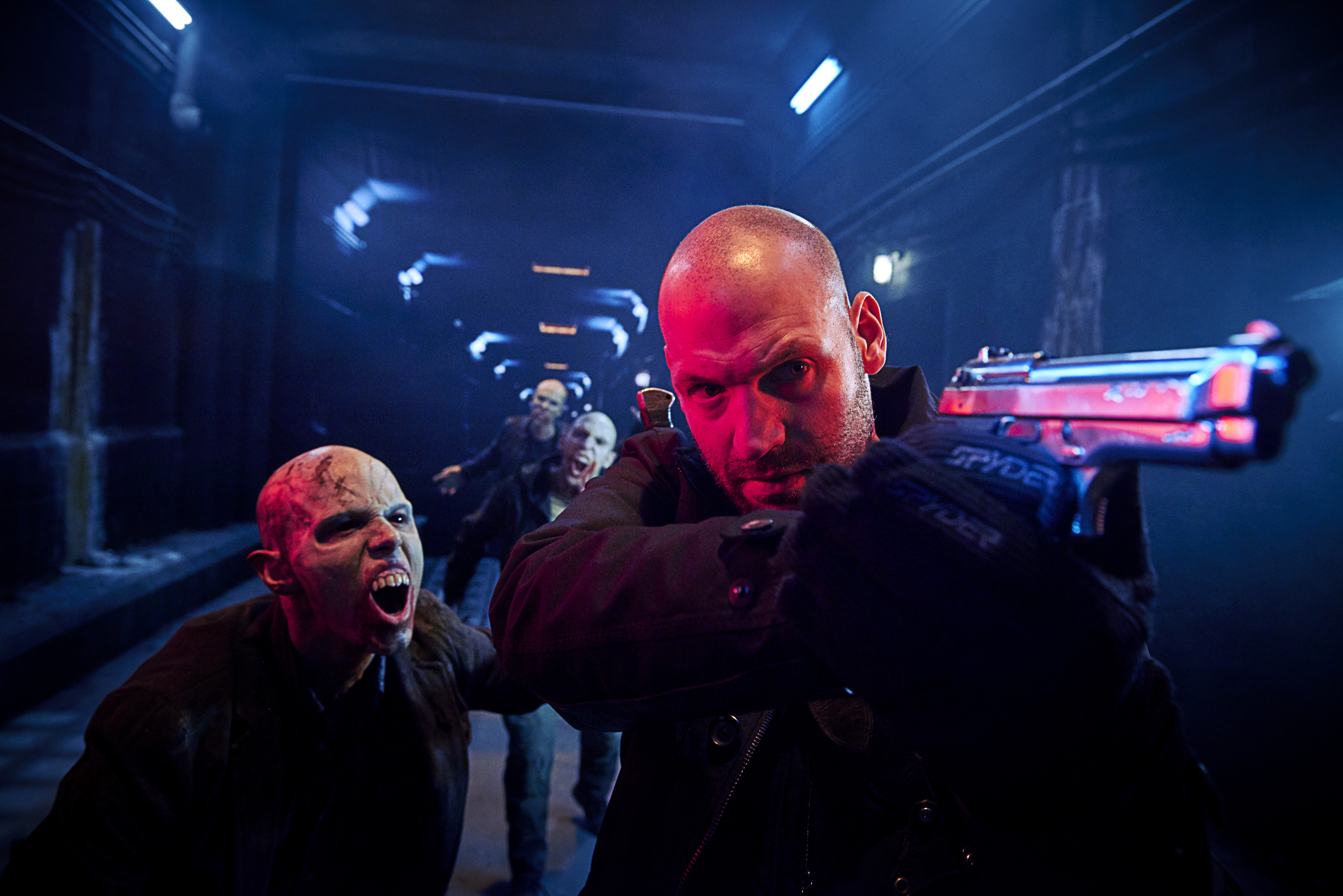 We’re a week out from The Strain‘s third season premiere, with aÂ  later premiere than normal due to the Olympics. I’ve missed it this summer, after it snuck up on me as appointment TV, so I’m very glad it’s finally back. The oneÂ asterisk is that we’ll beÂ three episodes short vs. the previous two seasons, clocking in with only 10 hours instead of the previous 13, but we’ll take it.

In the premiere, we pick up immediately with our far-flung band of merry muncher marauders as they get a little help from the U.S. military, to a point.

We find out the degree to which Nora’s death and Zach’s kidnapping have rattled Eph, who’s essentially a completely loaded functioning alcoholic at all times,Â but still coherent enough to be batching the only Strigoi weapon they have.

SetrakianÂ is knee-deep in deciphering The Lumen as an increasingly impatientÂ Quinlan waits for answers, while Fet pursues a more boots-on-the-ground approach as a military liaisonÂ who has Justine’s ear for the truth about their battle.

Over the first few episodes, we alsoÂ find out whatÂ Gus and Dutch have been up to, how Zach is faring with his mother,Â and where Palmer stands with Eichorst, and of course, The Master.

The most surprising thing is that we get a formal date stamp of 23 days since that doomed flight landed in the pilot two years ago (for us at home). I kind of loveÂ that they’ve definitely identified just how quickly, and how severely, life changed for all of these people.

The Strain returns next Sunday at 10/9c on FX. Seasons 1 and 2 are available now on Hulu or DVD if you’re old school.Â There are also a couple of new apps if you want to transform yourself into a Strigoi, or add emojis to your social media.

Here are a handful of sneak peeks to get you ready, and many more on FX’s YouTube channel for the show.

The Night Of Preview: "Ordinary Death"