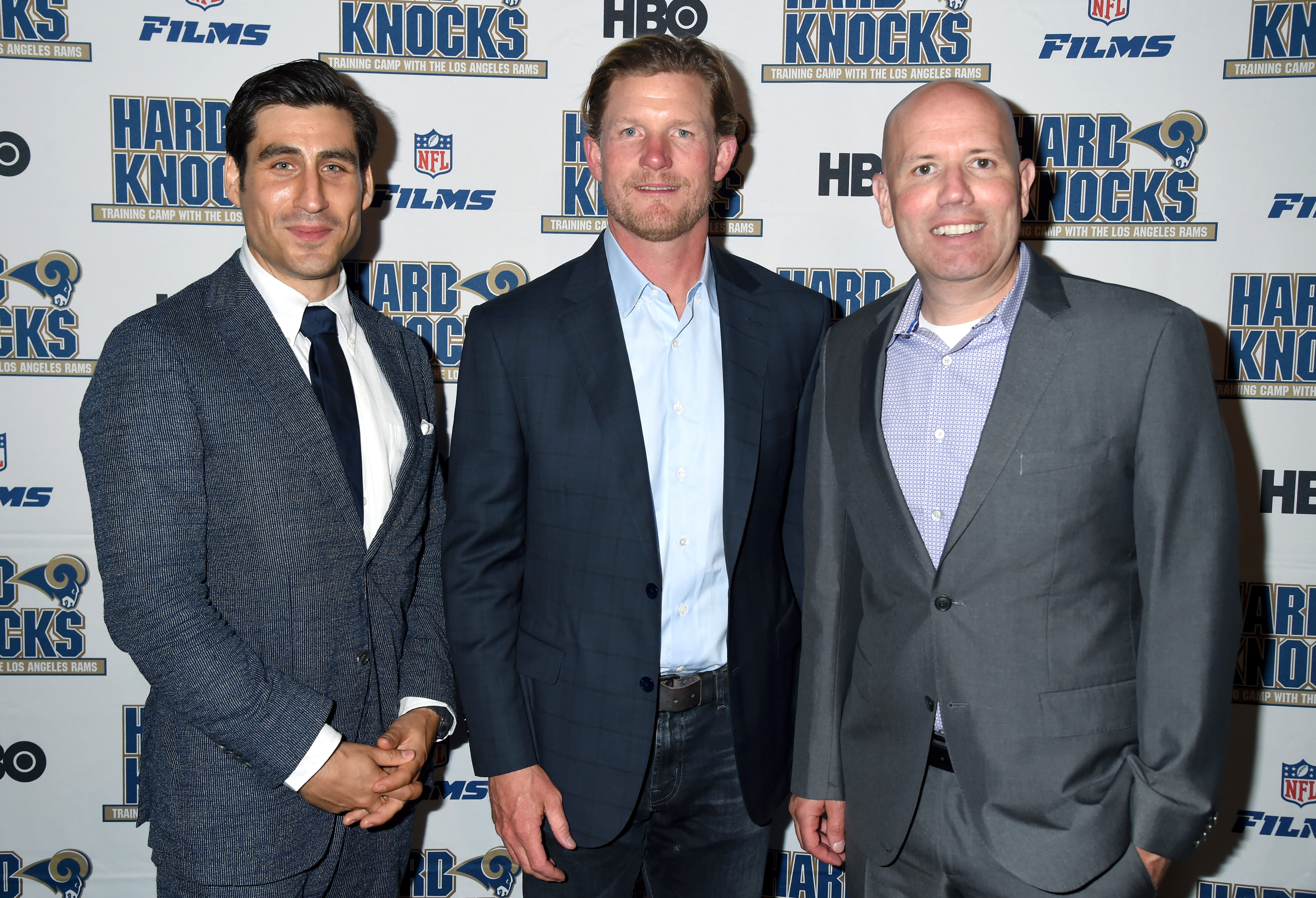 HBO’s Hard Knocks is a series that ventures knee deepÂ behind the scenesÂ of any given NFL team from summer training camp through the pre-season.

This year, its cameras are focused on the Los Angeles Rams just as they pack up and leave St. Louis to head back to the city it called home way back when.

Drafting the Rams for this in-depth look means the ability to check off a few firsts.Â The midwest to west coast move presents the perfect opportunity to capture an organization that’s undergoing a lot of change. This is the first time the HBO/NFL Films production centers on a team experiencing a shift in location.

Quarterback Jared Goff is the first number one draft pick the show has ever followed. The Rams are the first NFC team to step into this particular spotlight. And they’re doing so during a time that’s crucial. Appearing on the series could provide them with a unique re-entry into the second biggest market in the country. However, it also places them under some seriously intense scrutiny should there be any hiccups.

That’s what’s going to differentiate this season versus any season that’s come before. “It’s the universality of the show in terms of the stakes that are involved,” said Nelson.

“In terms of the players, who are gonna either be able to make the team or not make the team, you see the leadership style that’s coming from the head coach, who’s always one of the dominant forces of the show,” Nelson continued. “So to mine the storylines again and again, I think you see each team is its own little snowflake.”

In this season’s premiere episode, viewers were treated to fun moments like wide receiver Tavon Austin spending his down time playing Pokemon Go and defensive tackle Aaron Donald showing he’s got game when it comes to Ping Pong. Speaking of which, Donald might not want to recruit his buddy — defensive end Eugene Sims — as a ping-pong partner ever again.

Goff was schooled on the ABC’s of sunsets and sunrises. And audiences learned that Eric Kush’s favorite piece of clothing is the tank top. The center basically has one for every occasion. “He literally wears a tank top every single day. To church, too,” revealed Snead.

Becoming aware of these little intricacies, idiosyncratic quirks and hobbies should help smooth the team’s transition into playing in front of fans at the L.A. Coliseum, a stadium it hasn’t inhabited since 1979. It probably doesn’t hurt that last weekend, the Rams won its first pre-season game at the Coliseum, coming from behind to defeat the Dallas Cowboys, 28 – 24.

“Like Todd Gurley mentioned (in episode one), football players are in helmets, but guess what? They’re people, too. And all of us as we come home and you guys become our fans, you get to know the people,” explained the Rams general manager.

On the flip side to all the fun lies the intense scenarios that come with building a team that doesn’t just want to improve onÂ last season’s record. They want to destroy it. Watching head coach Jeff Fisher make hard calls in releasing quarterback Nick Foles as well as cutting Deon Long for breaking one of his hardcore rules was difficult. But it also made for delicious drama.

The Rams, who went 7 -Â 9 last year, don’t plan on being distracted from the end game. Said Snead, “You saw in one of the team meetings where [Jeff Fisher] went into, ‘You know what? Seven and nine is not enough. We’ve been competitive, it’s time to go contend.’ Basically Hard Knocks or not, five weeks from now or not, all the personalities and all the fun we’ll have, all that’s really going to matter is those 16 games.”

It takes 350 hours of footage to createÂ one hour of Hard Knocks. Something elseÂ it takes is a lot of trust. According to NFL Films’ Kelleher, “I think that’s probably the most important thing. The Rams welcomed our crew into their camp. They’ve been giving us great access, which we appreciate because we’re trying to document their story and tell the story of these players and these coaches and GM and ownership. They’ve been great. We couldn’t have asked for anything better so far.”

During the Q&A, former Rams running back Eric Dickerson asked a question from the audience. He wanted to know how the players on the current team responded to being filmed. “In this day and age, I think that we all know. If you have teenagers, they seem to take pictures of themselves all the time. They love cameras for whatever reason,” replied Snead.

“[NFL Films Director] Matt Dissinger and his crew — they seem to get there. There’s a lot of cameras but you just don’t see them. You don’t notice them. They’re getting some unbelievable shots. I’m telling you. You think professional football players are good at what they do. That crew is unbelievable.”