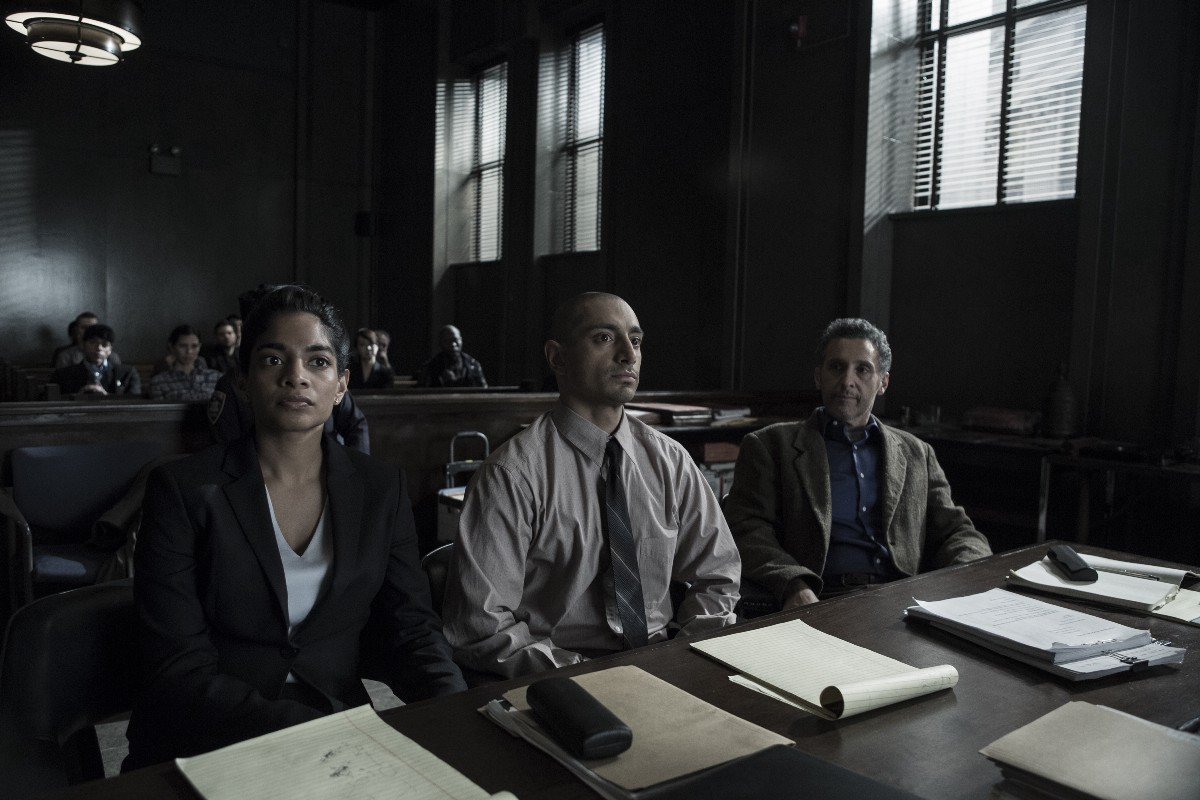 The sixth part of our eight-part miniseries, â€œSamson and Delilahâ€ was full of highs and lows. A lot of things are actually going well. John and Chandra are uncovering new suspects and motives. His eczema is disappearing. Sheâ€™s getting to give opening statements on a major case. This is great news. But it feels callous to feel happy or optimistic.

We spend less and less time with the Khans, the ones most affected by the case besides Naz, as the story progresses, but the moments we do see are crushing. When this case is over, the lawyers can go back to their lives. Safar and Salim will never be able to. Neither will Naz, in or out of prison.

Iâ€™ve shown frustration at the pacing of Nazâ€™s time in Rikers Island, but â€œSamson and Delilahâ€ made clear a point that has been slowly brewing over the last few episodes: Naz isnâ€™t sure if heâ€™s innocent. If we assume heâ€™s being honest about what happened that night, at best, he just doesnâ€™t remember what happened — which doesnâ€™t rule out that he did do it. He wasnâ€™t able to confidently admit guilt to get his plea deal, but over time, heâ€™s not able to confidently confirm innocence.

But more importantly, he doesnâ€™t think it matters. Of course itâ€™s true that most of the questionable decisions Naz has made while in jail are a matter of survival. The buzzed head provides an immediate effect in terms of increasing his value in jail, without hugely comprising a life outside of prison. Even the drug smuggling makes sense. Hell, it makes the most sense.

But finger tattoos spelling out S-I-N? Thatâ€™s when it was clear. Naz is making himself comfortable in jail because he doesnâ€™t think heâ€™s ever going to go back to his old life. So he gets another tattoo, this time on his arm. He gets high with Freddy. He refuses to contact his family. Naz has moments of reverence, like when he refuses the clothes Freddy gives him, so he can wear what his mother picks out. But whatâ€™s the use of talking to them, to be reminded what he did to them, if heâ€™s never going to be with them again? None of it matters.

John shifted to the background a bit this episode, which allowed Chandra the opportunity to take center stage. Iâ€™ve always found Chandra to be a great character with lots of potential, and â€œSamson and Delilahâ€ provided fertile ground for her to grow. At the beginning, I think it was easy for a lot of us to relate to Naz. But in this episode, from her uncertain meeting with the creepy mortician to the â€œThatâ€™s Muslims. Iâ€™ll drink anything,â€ quip to John, Chandra was the audienceâ€™s proxy.

The Night Of has done an impeccable job in quickly defining characters and figuring out how to make them feel real. Last week, I focused on how the domesticity we witness with John is what grounds him in reality. The same treatment was successfully applied to Chandra.Â  When we see her in her apartment surrounded by papers, muttering possible opening statements to herself, ordering take out (heartbreakingly delivered by Salim), and sitting in her bedroom taking awkward phone calls from Naz, weâ€™re seeing bits of her inner life and not just her professional front. With â€œSamson and Delilahâ€ Chandra has been exalted to protagonist status.

Chandraâ€™s role also highlighted why this episode was titled â€œSamson and Delilahâ€ and something that is hard to ignore in the narrative of The Night Of. Her conversation (and it had to be her) with the mortician brought up a horrifying belief, but one that in many ways has been mentioned repeatedly in the show. Simply put, is Andrea to blame? Itâ€™s obvious blaming Andrea for her own murder is ridiculous; itâ€™s victim-blaming 101. But itâ€™s hard to shake it, even if we mean it in the most benign way. Weâ€™re so obsessed with blame that weâ€™re so often happy to throw it on whatever target is closest. But it gets convoluted quickly.

Who do we blame for Nazâ€™s urge to push that kid down the stairs? It should be Naz. Just like Andreaâ€™s killer is to blame for her murder, not because Andrea was a â€œDelilah,â€ or a â€œcat.â€ But Naz was bullied extensively; if he wasnâ€™t bullied, he probably wouldnâ€™t have pushed that kid down the stairs. So does this mean we blame the bullies? Do we blame the bulliesâ€™ parents for raising racists? Or is it the fault of false masculinity for making violence commonplace for boys and men? Maybe we can blame the terrorists, since 9/11 was the instigator of Nazâ€™s difficulty. Itâ€™s nonsensical. The further we go, the more fruitless the process becomes.

But we are getting closer to the truth. We are actively in trial mode and with the new intel weâ€™ve gotten about the mortician/hearse driver and Andreaâ€™s stepfather, we have two more clear possibilities about who killed Andrea. But as we learn more about Nazâ€™s past, the less at ease we feel about his innocence.

The EPs and Cast Preview NBC's This Is Us

Once Upon a Time “Best Laid Plans”