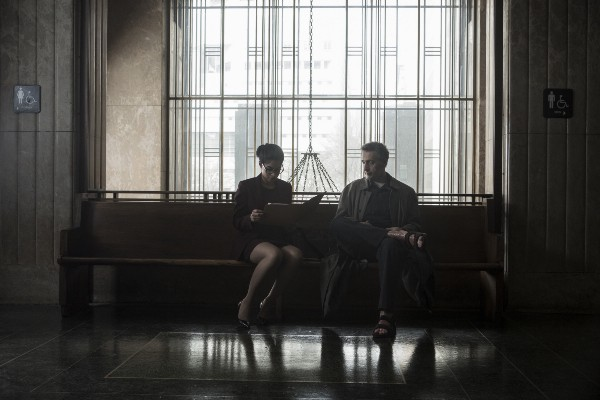 The Night OfÂ  loves head-scratching episode titles, and this weekâ€™s episode â€œSamson and Delilah,â€ is no exception. Itâ€™s a biblical reference to a man whose hair gives him super strength. Samson is also especially vulnerable to duplicitous women. The story of Samson and Delilah certainly has a whole lot of parallels with whatâ€™s happened to Naz. But it doesnâ€™t have the rosiest of endings. Weâ€™re hoping with John and Chandra on his side, Naz can find a safer fate.

After delving into investigating Duane Reade in last weekâ€™s episode, weâ€™re thinking John and Chandra will be diving deeper into figuring out who Andrea was, and more importantly, who she knew. Assuming John made it out of that meeting alive, of course.

For Naz, the day of reckoning is almost here. Heâ€™s been more concerned with making sure he can survive the day-by-day in Rikers Island than worrying about the trial (case in point: shaving his head), but that trial is fast approaching and he needs to be ready.

Naz has been pretty swallowed up by life behind bars, especially with the new influence of Freddy and his crew. But he needs to get his head in the game if he wants to make a good impression in court. While John and Chandra are working to finding a way to save Naz, Detective Box is still working on digging up dirt on Naz to cement the case against him. As we race toward the conclusion of The Night Of, look forward new information to be appear where you least expect it.