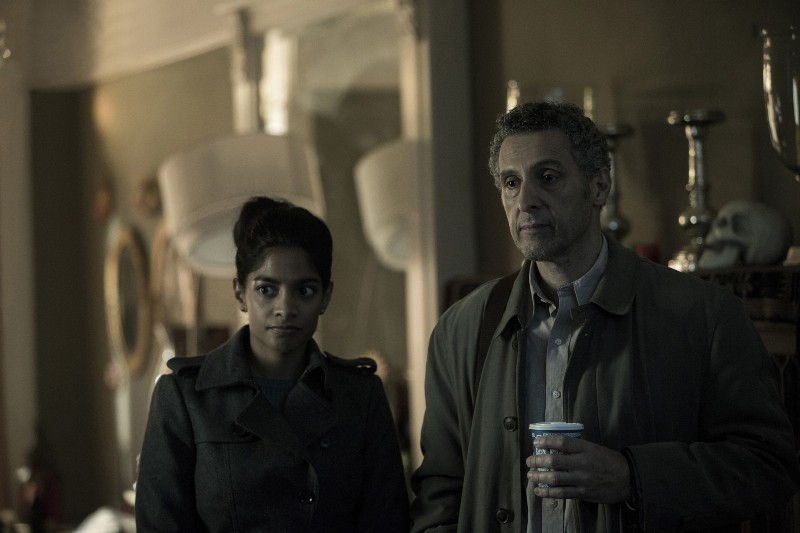 Episode five of The Night Of, â€œThe Season of the Witchâ€ featured the most dense plot development weâ€™ve seen in the show thus far. Iâ€™ve come to terms with The Night Of as a slow, methodical experience, but I canâ€™t deny that I crave movement and momentum.

Consequently, â€œThe Season of the Witch,â€ dense with content, was the most immediately enjoyable episode of the show for me. Weâ€™ve been sitting on so much knowledge. Weâ€™ve known that Trevor was lying when he said he was alone, that Andrea had history of drug use, that her back door was broken. And itâ€™s been borderline hellish waiting for the characters in the show to catch up to what we the audience have been aware of for weeks. In many ways, â€œThe Season of the Witchâ€ was a shout-out to all of us watching, justifying our experience.

But at the same time, this was a 180 in show tonally. Of course, I love watching the scenes with Naz and Freddyâ€™s crew, joking, learning how to box, smoking joints. At brief moments it suddenly feels like a slice-of-life type of show. And there has been nothing as disturbing as watching Naz, our sweet innocent lamb, almost beat someone to death. I think these scenes are excellent. Iâ€™m in no way denigrating these scenes. They are extremely effective.

I understand that Naz has to change and adapt quickly to survive in jail. And maybe itâ€™s because itâ€™s so hard to figure out how much time has passed (all I know is that itâ€™s been ten days since John first dropped Andreaâ€™s cat at theÂ  animal shelter), but it it’s unclear what Nazâ€™s transformation is actually supposed to depict. If we knew it had been a very short amount of time, it could show how rapidly Rikers changes you. If itâ€™s been longer, it could show how the slowness of the justice system negatively affects the best of people. Instead, itâ€™s ambiguous. But my confusion and frustration with Nazâ€™s story led to the most important realization and the best part of the episode. This show isnâ€™t Nazâ€™s hero story â€” itâ€™s Johnâ€™s.

John Stone is the character we know the most about. Heâ€™s the one we see domestically; feeding a cat heâ€™s allergic to, getting made fun of by his pharmacist, disappointing his son. I want to believe itâ€™s been purposely subtle, but itâ€™s possible Iâ€™ve been so distracted by the excitement of a murder trial that Iâ€™ve missed the more grounded journey that John is on.

Heâ€™s constantly the laughing stock. The reaction of these terrible students in his sonâ€™s class is the kind of thing that Johnâ€™s doesnâ€™t react to much anymore. Because itâ€™s how everyone treats him. Iâ€™ve mentioned this in my previous pieces about The Night Of (though I never realized to what extent),Â but this is really Johnâ€™s journey to get what heâ€™s always wanted: respect. And heâ€™s willing to do a lot for respect.

Confronting Trevor doesnâ€™t surprise me. Itâ€™s a smart move on Johnâ€™s part, especially confronting him at the laundromat, societyâ€™s greatest equalizer (seriously, we all have to wash our clothes eventually). Confronting Andreaâ€™s drug dealer was a bit more iffy, but I was on board. However, itâ€™s utterly insane that John confronts Duane Reade. Not just confront him, but chase him into a creepy, dark, deserted building when the only weapon he had was a piece of metal he found on the ground.

â€œThe Season of the Witchâ€ was a massive step forward in what is now a rapidly closing story. Nazâ€™s life in jail is increasing separate from the world outside, but everything he does affects the outcome of his trial, the one that John is figuratively (and literally it seems) putting his life on the line for.

Itâ€™s important to note we can expect a shift into a space where absolute knowledge shifts from us to them. Weâ€™ve experienced this to some degree with the fact that Naz had taken Adderall then night of the murder. But with almost all the information that the audience has known about out on the table, itâ€™s only a matter of time before itâ€™s clear we realize weâ€™re in the dark too.

Survivor's Remorse "The Age of Umbrage"

Summer 2016 TCAs: What's the Deal with John's Eczema on HBO's The Night Of?

Arrow “The Undertaking”: From Blurry to Clear