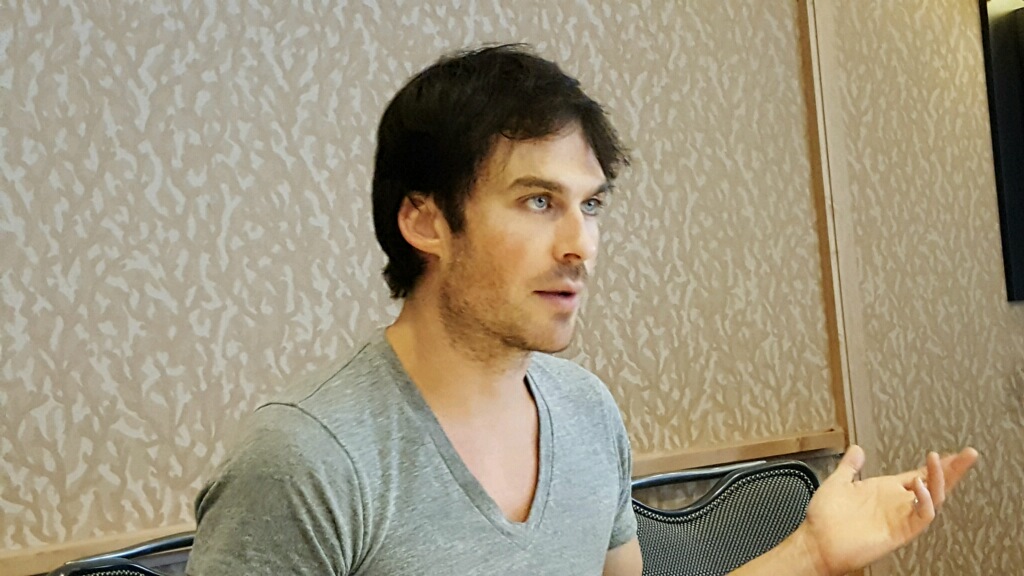 It’s official! The Vampire Diaries is coming to an end. With one final season in the pipeline, the cast and creators are preparing to send the show off in a blaze of blood-lust and glory.

We caught up with the team at this year’s Comic-Con to get their thoughts on what’s in store when the show returns for it’s 8th and final season.

Julie Plec gives us all the scoop on this season’s new and returning characters, as well as what she has in store for our beloved Mystic Falls vampires.

Ian Somerhalder tells us his dream final scene, whether he’ll be directing this season and what to expect from the Damon/Enzo killing spree next season.

Matt Davis and Zach Roerig turned the tables on us, conducting their own interview and telling us what makes these two humans stick around Mystic Falls, as well as what fun side project they might launch once the show is over.

The Vampire Diaries returns for its final season on Friday, Oct. 21 on the CW.

The Night Of Preview: "The Season of the Witch"

Dark Matter Preview: "We Should Have Seen This Coming"