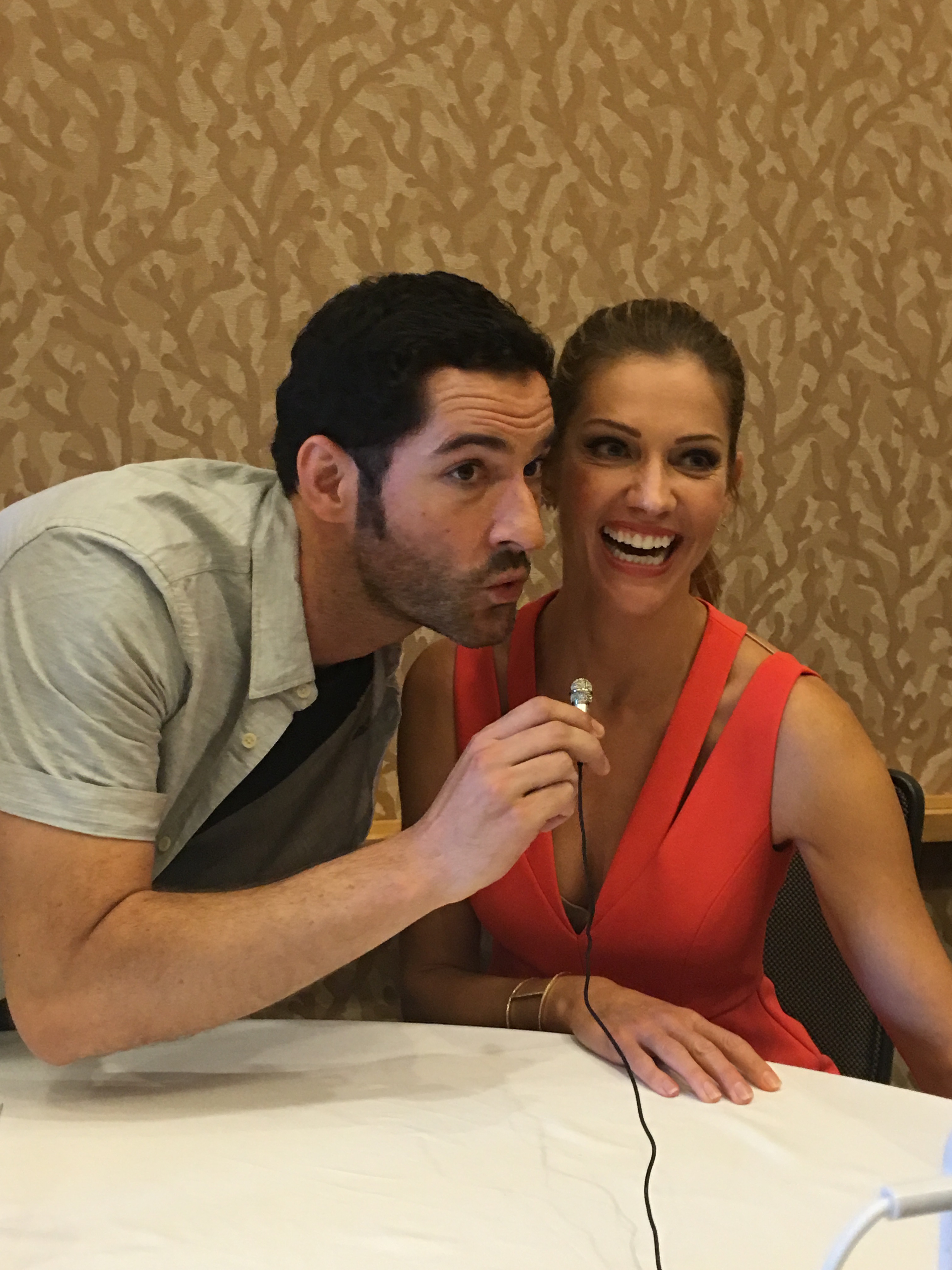 At the end of the first season of FOX’s Lucifer, hell didn’t just break loose. Lucifer’s mum broke loose out of hell.

And guess what? When new episodes return, mom’s going to look a whole lot like Tricia Helfer of Battlestar Galactica fame. The actress has already beenÂ deemed series regular worthyÂ and she cemented that status by joining the castÂ at this year’s Comic-Con.

In the Lucifer press room, Helfer and Tom Ellis worked the press line and round tables together. It was a lot of fun finding out about Lucifer and Amenadiel’s mommy issues or, should we say, potential mommy issues.

Lesley-Ann Brandt and DB Woodside talked about their characters in respect to Mom coming to town, to their dynamic with LuciferÂ in the second season, and to each other. Woodside says he “loves where they’re taking his character.” As for Brandt, she says they’ve already established her independence. “One that is separate ofÂ the vow that she made Lucifer.”

The executive producers set up the new season and talked about the God of it all, how the actionÂ is going to be centered around family and mom re-entering the picture, Tricia Helfer joining the show, and Lucifer and Chloe in Season 2.

We were also introduced to Aimee Garcia. Scratch that. We know whoÂ Garcia is. After all, she played the pious Nancy in one of our favorite Supernatural episodes ever, Season 3’s “Jus in Bello.” She’s also done stints on Dexter, Rush Hour and a short-lived medical drama called Trauma. At SDCC, we were introduced to the character she’s playing in Season 2 of Lucifer. GarciaÂ did a great job of filling in some of the blanks.

Look for the (literal) mom from Hell when Lucifer returns to FOX on Monday, Sept. 19 at 9/8c.

2012 Most Memorable Episodes: Person of Interest “Many Happy Returns”