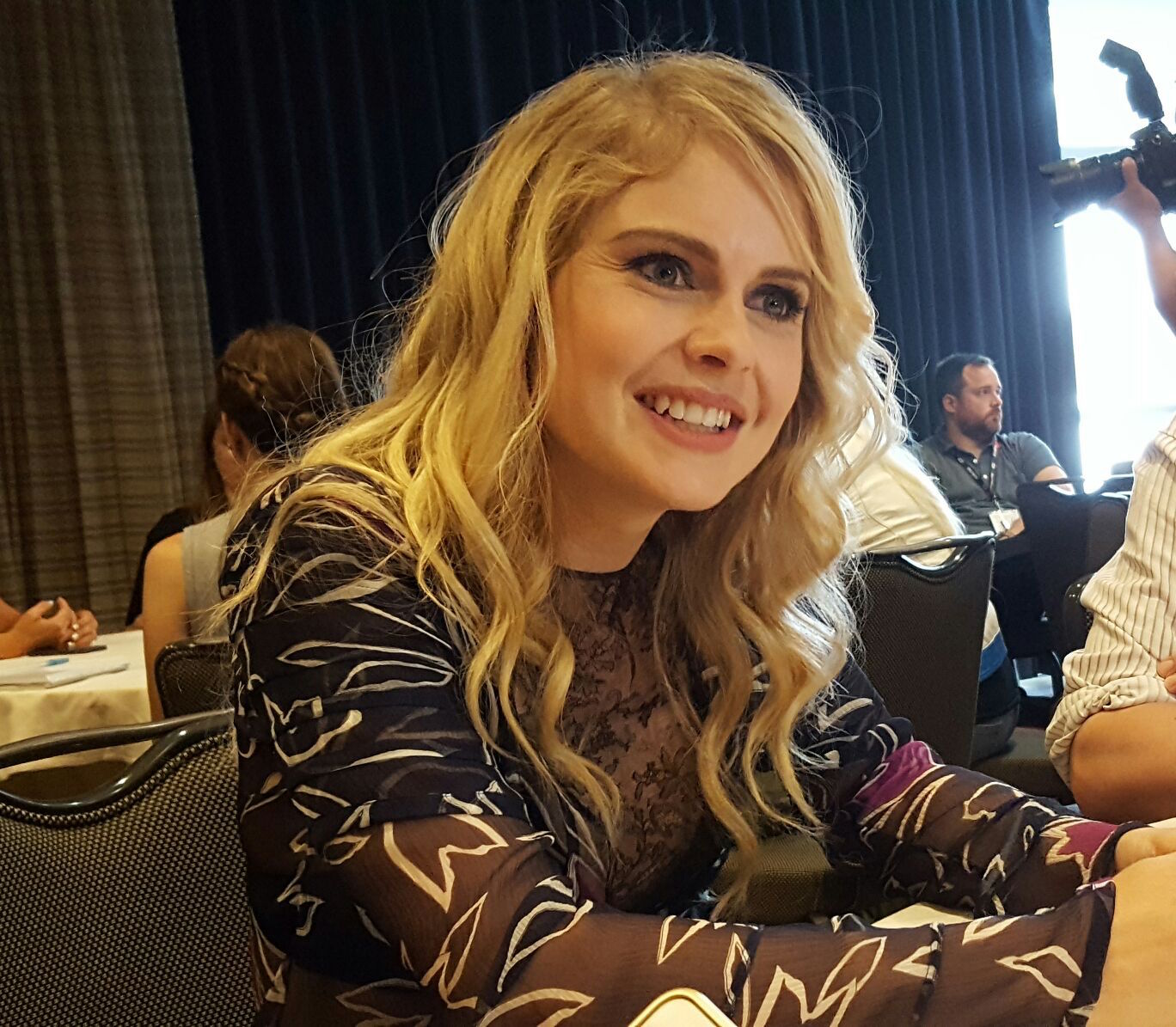 It’s a zombie zombie world and we’re just living in it. Or at least that’ll be the case when Season 3Â of the CW’s iZombie returns from the undead in early 2017.

As last season’s finale revealed, there is a new big bad in town and she’s preparing to take over Seattle with her zombie troupe in tow. But what better way to fight zombies than with zombies?

Now that the secret is out and everyone is in the know, our beloved zombie team is prepared to prove not all zombies are bad, while saving the city (and eating a few brains) in the process.

We sat down with the cast and creators at San Diego Comic-Con to get the scoop on what to expect this season.

Rose McIver reveals which brains have been the most delicious, her thoughts on Liv’s love life and what it was like working with guest star (and mega-fan) Rob Thomas.

David Anders proves he’s charming with an impromptu sing-along, thoughts on his villainous (and nearly British) career and how he feels now that Blaine is a blank slate.

Creator Rob Thomas regales us with stories of his namesake while also giving us the scoop on what’s the come in season 3 and what he story lines he would eventually like to see make it on the show.

Diane Ruggiero-Wright tell us why Robert Buckley wasn’t able to make the press room (she kids! she kids!), how cool Clive is and what happens when zombies take over the world.

Aly Michalka talks the Peyton-Ravi-Blaine love triangle dilemma, what it’s like to be back in the apartment and what’s in store for Peyton’s career now that she’s helping out Team Zombie.

Rahul Kohli shares his thoughts on why Ravi shouldn’t become a zombie, tells us if he’s anything like his character and reveals his dream guest stars (paging Rihanna!).

Malcolm Goodwin tell us what kind of “brain food” is his favorite, why Clive is so cool when it comes to zombies and what side he’ll choose when his friends’ lives are on the line.

The CW’s iZombie returns with the third season in early 2017.