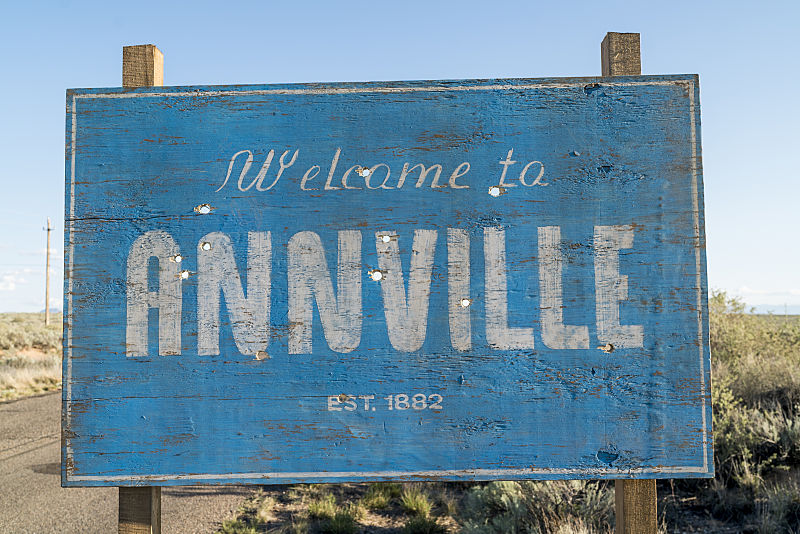 The city of Annville is apathy personified. For an entire season, Preacher has shown us Jesse Custer, a guy with good intentions, who just can’t get anything right. Fighting his troubled childhood and criminal past, he’s taken a stand behind an old promise to save a town who, frankly, couldn’t care less about being saved.

“Call and Response” is the type of finale that places of all its dangling story lines into a box then blows the lid off. And we loved every minute of it.

The episode opens with quiet shots of life in Annville, just another boring day, if you will, that is punctuated with Jesse Custer running through the streets trying to avoid capture by the Sheriff’s office. Oh, and plenty of women in line to get the deal of lifetime with 50% off bikini waxes in honor of God coming to church on Sunday.

Sheriff Root’s downward spiral rages on as he seems to have hit rock bottom, agonizing over the loss of Eugene. After his murderous and emotional release in last week’s “Finish The Song,” he’s even more off book with this episode as he takes abuse of power to a whole new level. With the whole town on the look-out for Jesse, Root has gotten his hands on Cassidy and is determined to get to the bottom of Jesse’s role in his son’s disappearance. But the “redneck son of a b—h,” as Tulip calls him, isn’t as dense as he appears, proving that Root has a dark side all his own.

Tulip and Jesse’s complicated relationship gets its due (finally) as we finally get more than just glimpses as who they used to be. With a history that started when they were both children, it’s no wonder they always manage to find themselves in each other’s presence. Despite being upset with him for, well, most of this first season, we see that Tulip will go to great lengths to make sure that the only person who hurts Jesse is her. And if she has to break some eggs along the way, so be it. After a full season of cat and mouse, Jesse and Tulip finally find themselves on the same page, which makes for a power couple to rival the likes of Bonnie and Clyde.

After a great many shenanigans, we finally make it to the Sunday church service everyone has been waiting for. And what a fantastically awkward spectacle it is to behold. Clunky, hilarious, and oddly reminiscent of the Mandarin reveal in Iron Man 3, “Call and Response” is really just the jumping off point to the series comic fans may have expected from the very beginning. Preacher‘s first season now feels like it was one, well done, setup for the meat of the series to be explored in season 2.

“Call and Response” does not try and put on a spectacle just because this is the season finale. It continues with the tone we’ve seen all season, yet it still manages to deliver the kind of finale that both leaves fans wanting more and starts a whole new adventure for season 2. There are surprises, heartbreaks, confirmations, and plenty of WTF moments to satisfy even the casual viewer.

Preacher, season 1, ends with “Call and Response,” which airs on Sunday, July 31st at 9/8c (and runs longer than usual!) on AMC. Here are some previews, including the first five minutes of the finale.

The Night Of Preview: "The Art of War"

Real Sports with Bryant Gumbel Preview: "The Lords of the Rings"