The Night Of “A Dark Crate” 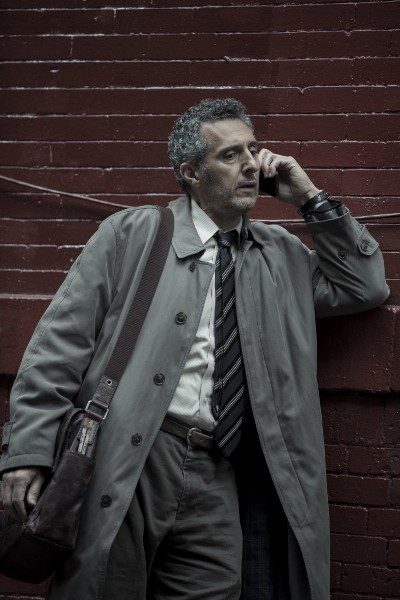 The Night Of has been marketed as a slow-burn type of show, but it hasnâ€™t felt that way until its most recent episode, â€œA Dark Crate.â€ Everything on this show is deliberate, from the cold grey opening scene that is only interrupted by a bright red door, to the extra seconds spent zoomed in on a bathroom sink, so we can watch the water spiral down the drain. And because of the minutia of detail and planning that goes into this story, Iâ€™m not sure itâ€™s fair to say nothing happened in â€œA Dark Crate,â€ since itâ€™s pace is a purposeful choice.

But it is fair to say that there was no forward momentum regarding the case, which can be frustrating when you realize there are only five more episodes left of the show. However, â€œA Dark Crateâ€ reminded us that the wheels of justice are slow and that the crawling speed is actually closer to the truth than weâ€™re used to seeing. â€œA Dark Crateâ€ had two very specific jobs in building our story: to introduce us to another piece of Nazâ€™s nightmare, and to introduce us to two more characters, both of whom carry a weight of significance that I didnâ€™t expect this far into the story.

First, thereâ€™s the first appearance of Chandra, played by Amara Karan. Chandra is the perfect summation of how important race and ethnicity really is in this case, and in the broader society represented in The Night Of. Sheâ€™s chosen to work on the case exclusively because her background and nothing else. Itâ€™s manipulative, but smart. The Khans can see her as one of their own, increasing the ability to get them to trust the big shot lawyer, Alison Crowe. Chandra even speaks a bit of Hindi, which puts the constantly panicked and bewildered Safir at ease for a moment.

But itâ€™s a plague. Just the exchange between Alison and Chandra about where sheâ€™s from, is enough to quickly acclimate the audience to the daily experience of someone who looks â€œother.â€ And when John Stone attempts to confront Alison, only to be end up confronting Chandra, the truth of his words sting. But thereâ€™s a look on her face that suggests that this case could mean something to her, maybe only because itâ€™s chance to prove herself as more than a pawn. Regardless, it feels like sheâ€™s going to play a big part of how this case develops.

The other new player on the scene is Freddy, a sort of Rikers Island kingpin, played by Michael K. Williams of The WireÂ fame (I may or may not have clapped and yelled â€œOmar!â€ when he appeared on screen). For all the crimes you can get put in jail for, the inmates at Rikers Island arenâ€™t especially keen on a guy who rapes and murders a girl.

Naz is in a hell of a dangerous situation, with his bed even being lit on fire in the middle of the night. What Naz needs is guidance, security, and protection. For some reason, Freddy takes an interest in Naz, and offers him protection. Naz freezes and says nothing, which is literally the first time he hasnâ€™t just nodded and gone along with whatever anyone tells him.

Later, when he tells his cot neighbor what happened, Naz learns that not taking the offer was a huge mistake. We donâ€™t know what benefit Freddy gets from Naz if he does except his offer, but refusing doesnâ€™t necessarily mean Naz is back at a status quo; if heâ€™s not with Freddy, heâ€™s against him. Notably, this entire plot point doesnâ€™t feel relevant to the murder investigation at all. One thing we do know is that Freddy is just as important to keeping Naz afloat as his lawyers are. Alison Crowe isnâ€™t the only big shot on the scene.

A lesser show would have abandoned Naz once he got to jail, choosing to tell his story exclusively through meetings with his lawyer and supervised conversations with his parents, fast-forwarding to the trial as rapidly as possible. The trial would be the story, the outsiders the stars.

But The Night Of isnâ€™t interested in telling that story, because it would be an incomplete one. This is bigger and slower, the claustrophobia and anxiety of the first episode expertly transformed over the course of the next two episodes into something different, but inherently the same. The Night Of isnâ€™t the type of crime show we want; itâ€™s the type that we need. Each episode does nothing to provide us solace. Weâ€™re still uncomfortable and weâ€™ve been uncomfortable since the first moment of dread we experienced in the first episode. We are still Naz. We are still scared.

Preacher Moment of Goodness: DeBlanc and Fiore Shine in "Finish the Song"

The Vampire Diaries “I Know What You Did Last Summer”