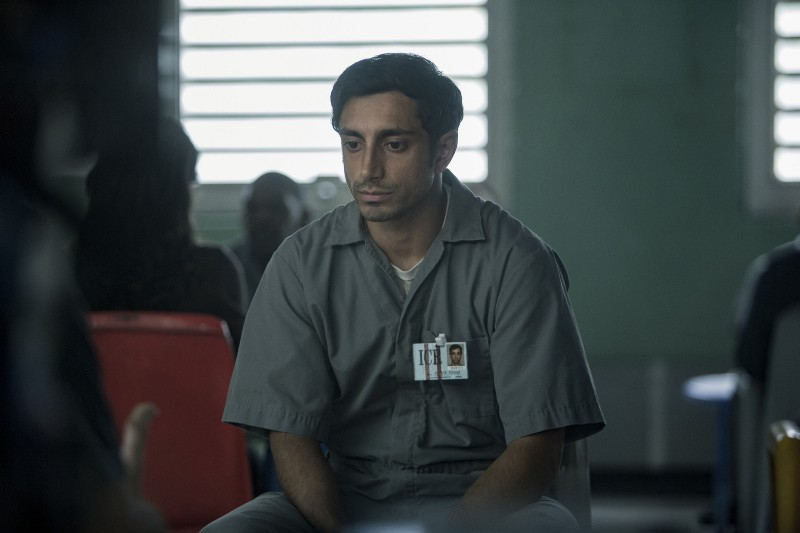 In the promo for the newest episode of The Night Of, â€œA Dark Crate,â€ we hear a woman ask Naz if he is afraid for his life. Naz, his wide eyes wild, responds as he usually does â€”â€œShould I be?â€

Last weekâ€™s episode of The Night Of left us with Naz on his way to Rikers Island to await trial. This week is going to be a major shift from previous episodes since it will feature an entirely different settingâ€”jail. In â€œA Dark Crateâ€ weâ€™ll get to see just how Naz deals with being on the inside of one of the most corrupt jails in the country. Could the painfully naive Naz actually make allies while heâ€™s in jail or is he going to be faced with enemies? Thereâ€™s suggestion that one particular inmate may be integral to how Naz spends his time in Rikers Island, but Naz needs to be careful. The last thing he wants is turning a powerful ally into a brutal enemy.

It also looks like Stone will be trying to reason with the district attorney to benefit Naz, while the prosecution will be working on building a case, asking questions like if Naz had motive and if he had a history of violence. But will Johnâ€™s negotiations be enough to prove himself fit for this trial? We have a feeling that once the Khans figure out what kind of lawyer he really is, he may need to work pretty hard to convince them he should represent their son.

Finally, since this case has been brewing for a few days now, itâ€™s about time the press got their field day. Itâ€™s a front page, above the fold, TV movie, Nancy Grace kind of story, so weâ€™re guessing thereâ€™s going to be another layer of perspective coming through soon via the press, even if the lawyers want to avoid it.

The Night Of airs Sundays at 9/8c on HBO