The Night Of “Subtle Beast” 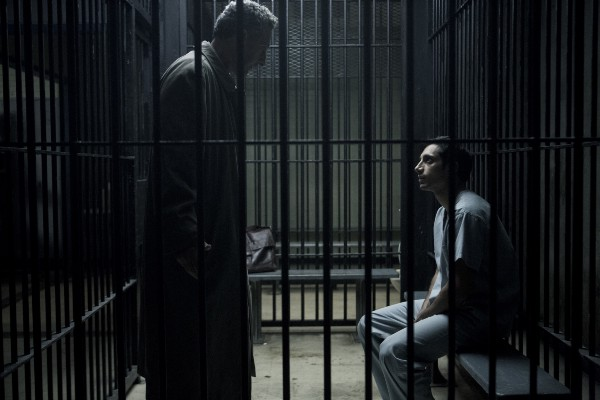 â€œHeâ€™s a talented oppressor; a subtle beast.â€ Referring to Detective Box, attorney John Stone imparts this piece of knowledge to Naz early on into the second episode of The Night Of. Thatâ€™s what most of John and Nazâ€™s interactions are comprised of â€” John trying to explain the ways of the world to Naz so heâ€™ll behave in a way that will keep him from rotting in prison for the rest of his life.

Itâ€™s a strange yet culturally appropriate twist that â€œSubtle Beastâ€ is referencing the man that supposed to be solving the murder, not the alleged guilty party or the one defending the alleged guilty party. Detective Dennis Box, the man whose job is to defend victims, is being compared to the devil in his most manipulative form, a serpent trying to force the hand of Eve, all because heâ€™s a good cop. But this is the era of the anti-hero, and more importantly, an era where many are disenfranchised with the alleged heroes of our world. The Night Of is capturing that feeling perfectly, as we grapple with the idea of seeing Detective Box, the man trying to solve a murder, as the enemy.

But thatâ€™s the point. They police donâ€™t really seem to be focused on solving the murder. Along the way, The Night Of toes the line of portraying the criminal justice as being more interested in closing the case than finding out what actually happened. And thereâ€™s a moment when Box tries to talk to Naz one last time, and Naz refuses, and Box is noticeably put off. He walks over and write â€œhomicideâ€ on the white board, next to Nasir Khan. And right then, I wondered if we had it wrong, if he wasnâ€™t actually a subtle beast. After all, John is the one defending those accused of crimes, with disregard to whether or not they are guilty. What happened the night Andrea Cornish died doesnâ€™t matter to him. As John explains, itâ€™s just two stories and then the jury gets to decide which it likes better.

What â€œSubtle Beastâ€ made most clear is that as one person gets a shade of redemption, the other falls from grace just a bit. And thatâ€™s what humans do. Detective Box isnâ€™t the devil. John Stone isn’t a saint. Theyâ€™re all just people, doing their jobs. So are the cops, as much as they take advantage of Nazâ€™s naivete. Same with Nazâ€™s mother and father, who are just doing their jobs as parents.

Further on the family side of things, this weekâ€™s episode introduced us to Andreaâ€™s next of kin, Don, her youthful stepfather who assumes sheâ€™s in trouble for drugs. The information the stepfather reveals about Andrea was the only clue in this episode. She had a history of drug use and a long rap sheet. Itâ€™s not unlikely that someone living her lifestyle would deal with dangerous people.

Meanwhile, Nazâ€™s family trying to navigate the New York criminal justice system was a great contrast to the initially flippant response of Andreaâ€™s stepfather. The Khans have no idea what to do, and why would they? Of course Salim has to have his son look up the courts website to try and figure out when the arraignment was. Hell, they didnâ€™t even go to the right jail the first time. But Safarâ€™s quiet search of Nazâ€™s room cements just what kind of person Naz was set up to be. Maxim might as well have been Hustler. Condoms might as well have been proof that Naz was sleeping with the whole neighborhood. Andrea and Naz existed on opposite realms of morality.

Naz does get charged with a slew of crimes this episode and is denied bail, after an unsettling night in holding, giving us a hint at the violence we can expect as Naz is off to Rikerâ€™s Island for the next leg of his treacherous journey. Itâ€™s easy to believe Naz is guilty and it would be easy to convince a jury the same thing.

But when Box talks to the district attorney about the case, he hesitates when affirming that Naz is guilty. We blinked too. Because more than anything, we donâ€™t know whatâ€™s up and whatâ€™s down in The Night Of. The writers have done an impressive job in quickly providing depth to our characters and nuance to the plot, to the point where we are already moving from inside of Nazâ€™s head to objective observers, simply because thereâ€™s so much else to process, and weâ€™re getting to witness every minute detail of this story.

What They Said: Top 3 Quotable Moments from Preacher "El Valero"