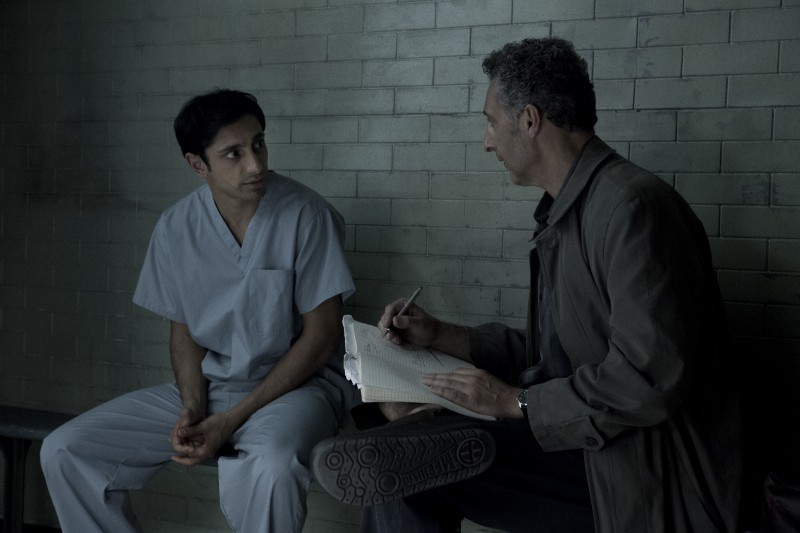 After the premiereâ€™s introduction to the complicated murder mystery that is The Night Of, this weekâ€™s episode is focusing on the day after. In the stark light of day, Andrea Cornishâ€™s murder is more horrific than ever. And we can only assume itâ€™s going to be a huge news story in the city. But whatâ€™s in store for Naz?

In â€œSubtle Beast,â€ Naz will have to confront his parents, but itâ€™s unclear how much heâ€™ll say to them. Heâ€™s under orders to speak to no one, but Naz still doesnâ€™t understand the system. For someone like him, wouldnâ€™t it be more appealing to try and explain, using his broken memory, exactly what happened that night?

Nazâ€™s eczema-ridden lawyer, John Stone, didnâ€™t realize he signed up to defend an alleged murderer until it was too late. From what we gather, heâ€™s spends most of his time defending petty thieves and the like rather than those in as much trouble as Naz is. And in last weekâ€™s â€œThe Beach,â€ John seems especially nervous when he hears Dennis Box is the detective on the case, suggesting Box is notorious for being a tough detective.

In â€œSubtle Beast,â€ John and Box are going to come face to face, and it seems that John isnâ€™t taking Boxâ€™s lip service. Although it seems like an easy conviction, John is quick to point out Naz hasnâ€™t been charged with anything, suggesting thereâ€™s a lot more to the story for us to find out.

Considering how focused on Naz the premiere was, weâ€™re thinking this weekâ€™s episode might start adding to our cast, as well as allowing us to get to know some of our other characters a little better. If there is a lot more to the story, could there be more suspects? What do we really know about Andrea, besides her penchant for drugs and alcohol? Thereâ€™s still a lot of information we donâ€™t have, but â€œSubtle Beastâ€ could pull us closer to the answers we need.