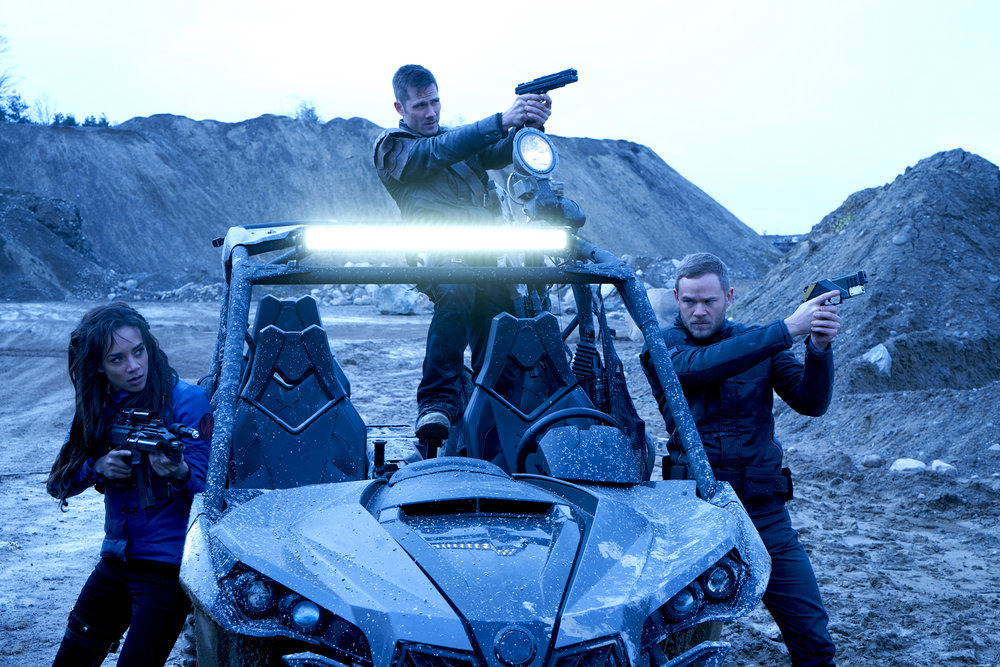 In this week’s Killjoys, the team embarks on a mission for Turin (and his fabulous hair) that turns dangerous in a hot hurry while Pawter angles for the upper hand on her own mission.

WeÂ get aÂ glimpseÂ the history and bond between Dutch and Alvis, and their conversations and an extreme moment of self-reflection give her the kick in the ass she needs.

D’avin responds to Alvis being in the group and on the ship in a hilarious, passive-aggressive way, calling him every variation of monk but never saying his name.

Johnny gets nerdy with his science and keeps an ear on Pawter, and he goes two episodes in a row associating something with a part of the female anatomy–if he goes for three, he gets a timeout.

Look for the mystery to deepen on multiple fronts asÂ we dive intoÂ the whole Level 6/Arkyn/Khylen puzzle.

Director Martin Wood, who helmed last week’s episode, takes the reins again on an episode written byÂ Jon Cooksey, one of his Primeval: New World team. Cooksey gets points in his first Killjoys credit for a random mention of Hellmouth that made me laugh out loud.

Killjoys airs Fridays at 9/8c on Syfy. Here’s a sneak peek of “Shaft.”

Dark Matter Preview: "I've Seen the Other Side of You"