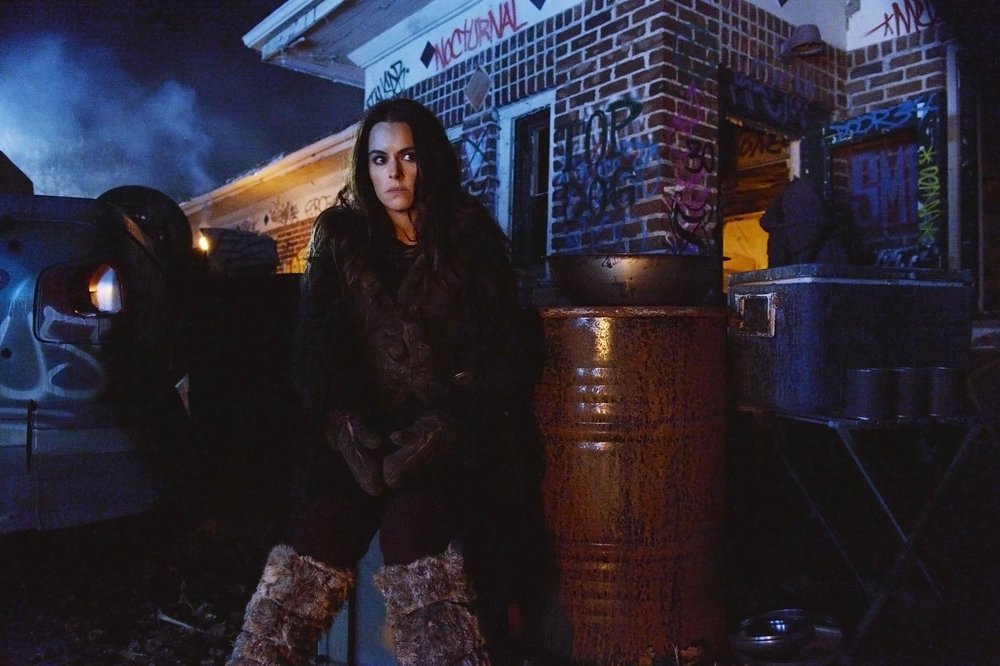 After a bye week for the 4th of July, 12 Monkeys returns Monday night with the first of its final two episodes of the season (not series — yay!). “Blood Washed Away” picks up immediately for 2044, but a little time later in 1957, as Cassie and Cole have gone deep cover in pursuit of the final Primary.

And since all signs have pointed out that going to Titan is a capital BAD IDEA, we can presume that the 2044 crew, led by a shiny new 2016-Jennifer, has a hard road ahead of them. It’s not much easier on Cassie and Cole, who still have to acclimate to a new balance with each other and complete their mission.

There are complications in both timelines that lead into the final hour next week, but the episode does not disappoint for fans who’ve waited for some sort of definitive stake in the ground on Cassie and Cole.

This is essentially part one of a two-part season finale, so plan your stress levels accordingly! And remember, there’s always a good, lively tribe of folks live Tweeting who share your anxiety.

In case you missed it, our recap of “Resurrection” is here.

12 Monkeys airs Mondays at 9/8c on Syfy. Here are a couple of sneak peeks of “Blood Washed Away” (and yes, that title is a direct nod to Olivia’s Witness mantra).

Dark Matter Preview: "Kill Them All"