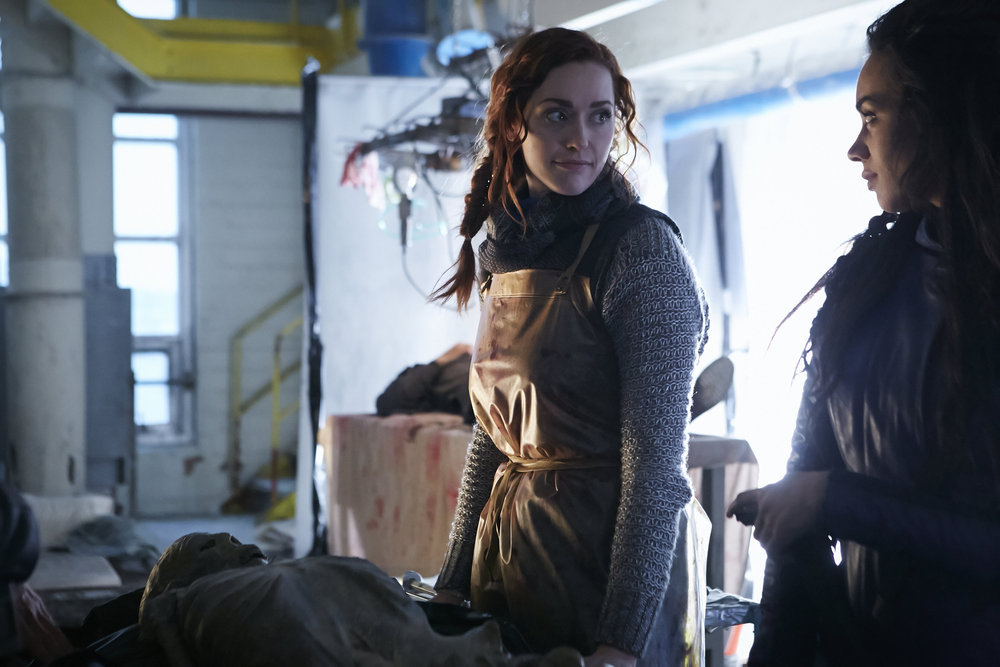 Our Killjoys find out whether home is where the heart is when their attempt to return Pree to Westerley and get the rest of the band back together is met with new resistance, in the town itself, and at Pree’s bar.

The episode sets up a new big bad and leads the season toward a mystery of sorts, that spins partly from last week’s reveal that D’avin caught a flashback glimpse on Arkyn of someone who sure as hell seemed to be Dutch, something she doesn’t remember.

We do pick up with Pawter and AlvisÂ and find out thatÂ the intervening days since the finale have taken their toll, and each is doing the best they can, and succeeding to varying degrees.

As the preview below shows, Patrick GarrowÂ  is back, which I love, after last year’s turns on 12 Monkeys and Killjoys and this spring’s turn as a sympathetic serial killer on Chiller’s excellent Slasher.

IÂ want to take a moment to go back and talk about how ridiculously organic and fluid the season premiere was. Months or years from now when folks binge this show, you’d be hard pressed to convince them that the premiere wasn’t just episode 11 of the first season. It was that seamless.

Sometimes, the first seasonÂ of a show is soÂ good that you get a little nervous about season 2,Â wondering ifÂ the whole gem of a season 1 might have been a big damn fluke. Fear not, y’all. KilljoysÂ was locked and cocked, to quote the irresistible Pree, who went on the most fabulous undercover op with Johnny and Dutch, after we found out he has a delicious past.Â More of that, please.

I was partly relieved and partly snort laughing as the premiere went all in,Â no backsies and no hesitation. It was all genius pacing and humor, plus a kickass girl with a gun arm,Â who had aÂ backstory to rival Dutch’s in terms of terrible things done to young women who then rose up and kicked their captors in the balls. I really did just smile ear to ear watching it.

“Wild, Wild Westerley” isn’t as breezy with the tone as the premiere, but itÂ stillÂ has the signatureÂ moments of levity and random dialogue zingers scattered throughout what is an otherwiseÂ fairly serious episode.

Hell on Wheels Preview: "Any Sum Within Reason"