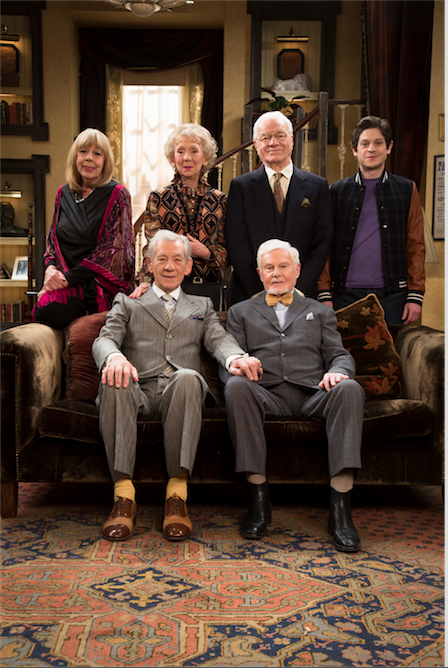 Another British series comes to an end in way too soon a fashion. We weren’t ready for Downton Abbey to be over. And we’re certainly not ready for this. After two seasons, ViciousÂ returnsÂ tonight with itsÂ final hurrah — a one-hour series finale.

If you haven’t heard of Vicious, the Brit-com brilliantly stars Sirs Ian McKellen and Derek Jacobi as two longtime partners who are, yes, vicious with each other, but at the same, it’s clear the two love each other more than anything else on this earth. At the end of the second season, the two married after being together for a long (long) time.

Preview of “A Year”

The cast chemistry is at an all-time high which makes this ending even more crushing. But the show goes out on a high. We’ll miss it.

The series enderÂ of PBS’ ViciousÂ airs tonight at 8/7c on PBSÂ — check your local listings.