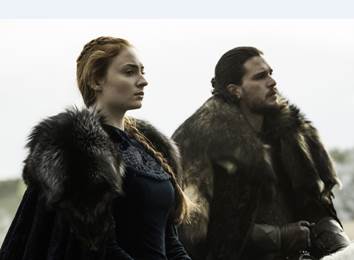 The penultimate episode of Game of Thrones is finally here. Episode nine is often a major battle-centric episode in each season of the show, and frequently these episodes become some of the best of the series and feature the most defining scenes. Case in point: Nedâ€™s beheading and the Red Wedding both happened in episode nine of their respective seasons. With this seasonâ€™s “Battle of the Bastards,“Â itâ€™s clear weâ€™re going to get a throw down between Jon Snow and Ramsay Bolton, but whatâ€™s going to be the most memorable moment?

In the trailer for this episode,Â Jon Snow is feeling, or feigning, confidence in his abilities, in part due to his experience fighting the Dead beyond the wall. But by the looks of it, the Bolton army far outnumber Jonâ€™s cobbled together band of supporters. And as noble as it is for Jon to offer a one-on-one battle with Ramsay, weâ€™re guessing Ramsay isnâ€™t going to go for it.

So with a hugely outnumbered and better trained army, how the hell are Jon and Sansa getting out of this alive? We have a suspicion that the mysterious letter Sansa sent a few episodes back in “The Broken Man”Â may be a game changer. If it was a letter to Littlefinger asking for the Valeâ€™s help, could it be a surprise rush from the Arryn army that pushes the Bolton army back? And is it going to be in time to save those already fighting for the Starks?

The trailer for “Battle of the Bastards” didnâ€™t show any scenes from other locales, but it would be surprising if we didnâ€™t even get a glimpse of what else was happening in the world. There is a siege going on in Meereen after all, so maybe this episode will be all fire and ice.