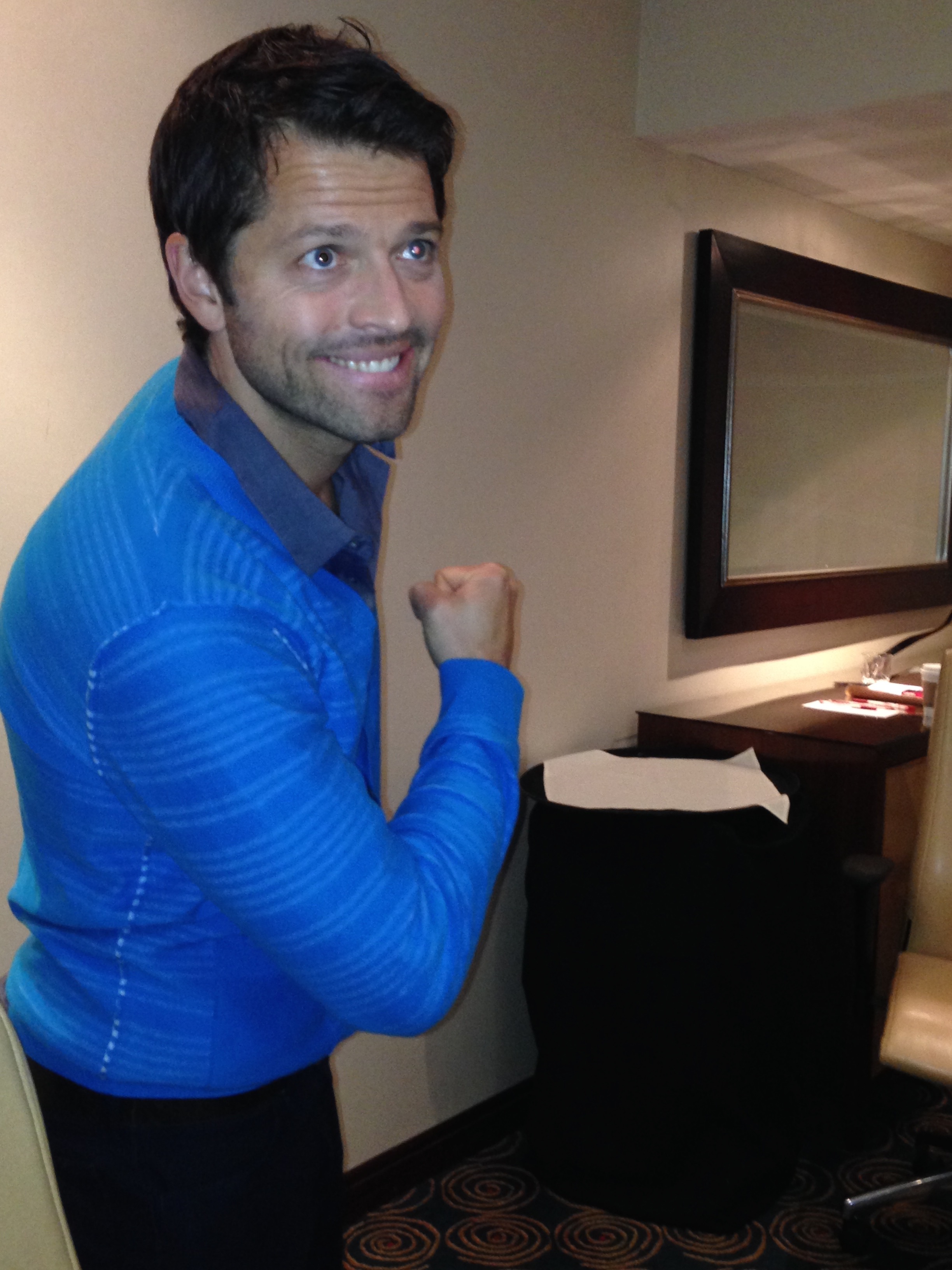 The mondo event runs from July 30 – August 6 this year and to explain exactly what it is in words, is to do it a serious injustice. Visuals are also needed. Here’s more on the particulars in a handy dandy video:

Last week, Misha went all Tumblr on the masses, and proceeded to bring forth what is being considered one of the “largest digital activations ever.” Collins, along with known ally/frenemy William Shatner and other celebrities, took over the social media giant for a digital scavenger hunt like no other. And in the process, the eventÂ benefitted charities like The Trevor Project, Hearing Dogs for Deaf People and Hope Chest.

The road to G.I.S.H.W.H.E.S. doesn’t stop there. Tomorrow morning, Collins jumps from Tumblr toÂ Facebook. Yes, he’s going live on Facebook and when the actor is live, anything can happen. And usually does.

The livestreamÂ stats:Â 9am PT – 12PM PT on Misha’s page. According to a press release, here’s some of what you can expect other than the usual craziness that is so perfectly balanced with generosity and charity:

Ever wonder what goes on behind the scenes at Gishwhes headquarters? Well, Misha and the GISHWHES team have recruited (and likely brainwashed) other Supernatural actors into giving Facebook users a rare glimpse into the – until now – super-secret and much-sought-after Gishwhes Headquarters. Watch everything unfold at a typical Gishwhes telethon via Facebook livestream. Viewers will see exactly what happens on a daily basis at the HQ, including employee behavioral training and procedures, employee mandatory Â³appearance make-oversÂ², cutting edge merchandise fulfillment practices, creation of gishwhes items, rules, regulations and enforcement of the HQ, and mandatory Â³talentÂ² performances from the recruited SPN actors. There will also be performance-based bonuses for top-performing employees that will trigger charity donations to some great causes.

Hmm…wonder who’s going to pop up on Misha’s livestream? Any guesses?

In otherÂ celebratory news, the CW has announced the premiere date for Season 12 of Supernatural. Look for the show to debut on its new/old night in its old/old time slot: Thursday, October 13 at 9/8c. This fall, it’ll be following the second season of DC’s Legends of Tomorrow.

For those looking for an epic time that will most probably have you engaging in random acts of kindness everyÂ 2.3. seconds, G.I.S.H.W.H.E.S. takes place from July 30 to August 6.