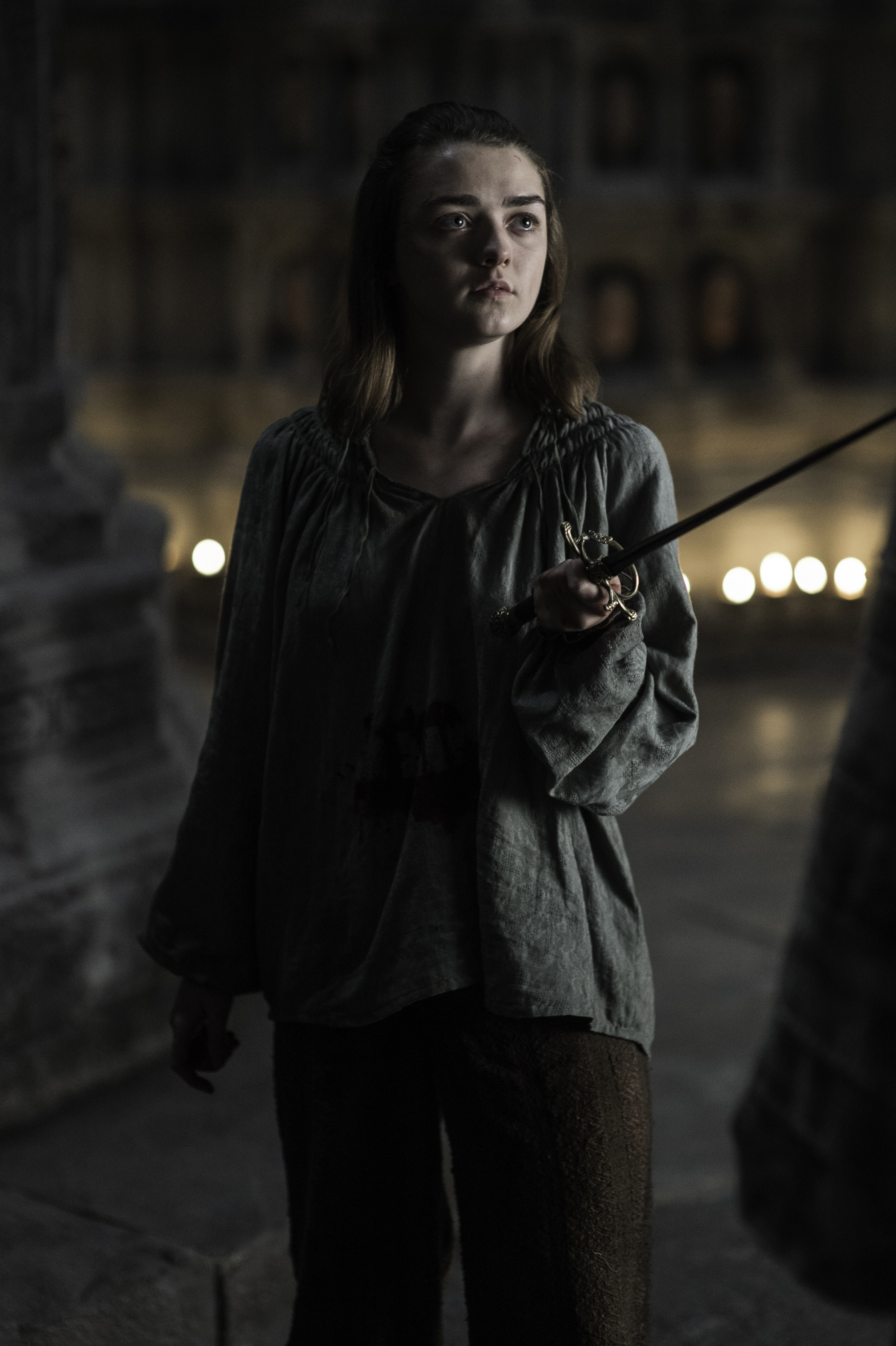 As season six of Game of Thrones heads into its closing episodes, it was only a matter of time before things came to a blow. While last weekâ€™s “The Broken Man” dealt with the bones of our story, in “No One,” we got to experience the flesh that fills Game of Thronesâ€” the violence, the frustration, and feeling of the most well-laid plans falling apart between your fingertips. Here are three Moments of Goodness that made “No One” such a visceral episode.

Tyrion gets Grey Worm and Missandei to relax

Tyrion has been trying to get Grey Worm and Missandei to be a little more loose with their rules since he arrived and for a brief moment, it finally works. And Grey Worm and Missandei actually sort of like it! In a show full of bleak, stoic characters, Grey Worm and Missandei are different. They arenâ€™t lords or ladies in dire straits after a life time of coddling. They were slaves. Of all the people who have a right to be hard, stoic, and disinterested in the ramblings of a rich, drunk dwarf from Westeros, itâ€™s them.

But when Tyrion manages to convince them to drink some wine and tells some bad jokes, itâ€™s a glimpse at something quite lovely. Of course Grey Worm knows what a joke is! He was a soldier! Jacob Anderson is such a gem in this scene, infusing Grey Worm with just enough warmth, especially as he looks at the tipsy, giggling, happy Missandei. And as terrible as Missandei weird translator humor is, Tyrion’s exceedingly polite fake laughter helped buttress this as a not-entirely selfish endeavor on his part.

Unsurprisingly, happy moments are never just what they are in this world. Contrasting such an effervescent scene with the slap in the face that was the slavers attacking Meereen was deeply effective, if only to remind us what life could have been for these people.

Edmure and Jaime have a heart to heart

Jaime Lannister has had a strange redemption arc. He was despicable when we first met him and it was only his friendship with Brienne that eventually shifted him into a sympathetic role. But since the death of Marcella, it seems Jaime has moved into a much more ambiguous space. In his scene with Edmure, Jaime speaks to how he respected Catelyn Stark because of her fierceness and loyalty to her children, just like Cersei is known for. They both would do anything for their families.

So the question is â€” Is it OK to commit terrible, violent acts if itâ€™s to save your family? I have a feeling many would side with Jaime. Is he a decent man? For a moment, right after Edmure asks how he can live with himself, Jaimeâ€™s face falls. But then, he recovers. Because â€œgoodâ€ or â€œevil,” Jaime canâ€™t be concerned with these kinds of descriptors. What he does know is that he wants to see himself in the same vein as our two den mothers, Cersei and Catelyn.

And Jaime never gives a direct answer to this question of how heâ€™s lives with his vicious acts, because it doesnâ€™t really matter. Decent is relative. Time after time, you make your choices because of what you value. And Edmure will have to live with himself for choosing his wife and child over the Blackfish and all of the Tully army.

Itâ€™s finally all over. Aryaâ€™s storyline in “No One” spanned multiple scenes, but the pinnacle came from just a split second of a sword slashing at a candle. Suddenly, everything started to make sense. So much of the scene was Arya struggling, running, falling, rolling down stairs, clutching at her bloody abdomen. But when she turned into a stone enclave, one that looked just a bit familiar to us, and then streaked blood against the entrance, we knew something bigger was happening.

Arya was definitely injured, but she used that injury to lure the Waif to a space where she knew she would have the upper hand. It was momentous. And of course it brings all sorts of relevancy to the episodes we spent with Arya when she was blind, and it manages to pay a bit of homage to Aryaâ€™s days learning to sword fight with Syrio.

I have no idea what the bigger theme is of Aryaâ€™s time with the Faceless Men or where she will go next. And Iâ€™m not sure how I feel about this entire plot in the bigger scheme of things, but by abandoning most of itâ€™s pretense, itâ€™s ending was more satisfying than I ever expected. After all, it wasnâ€™t magic or faces or Faceless Men that helped Arya, it was just her wits and her skills that got our Stark out alive.

There’s No Coming Back, The Walking Dead: “30 Days Without an Accident”