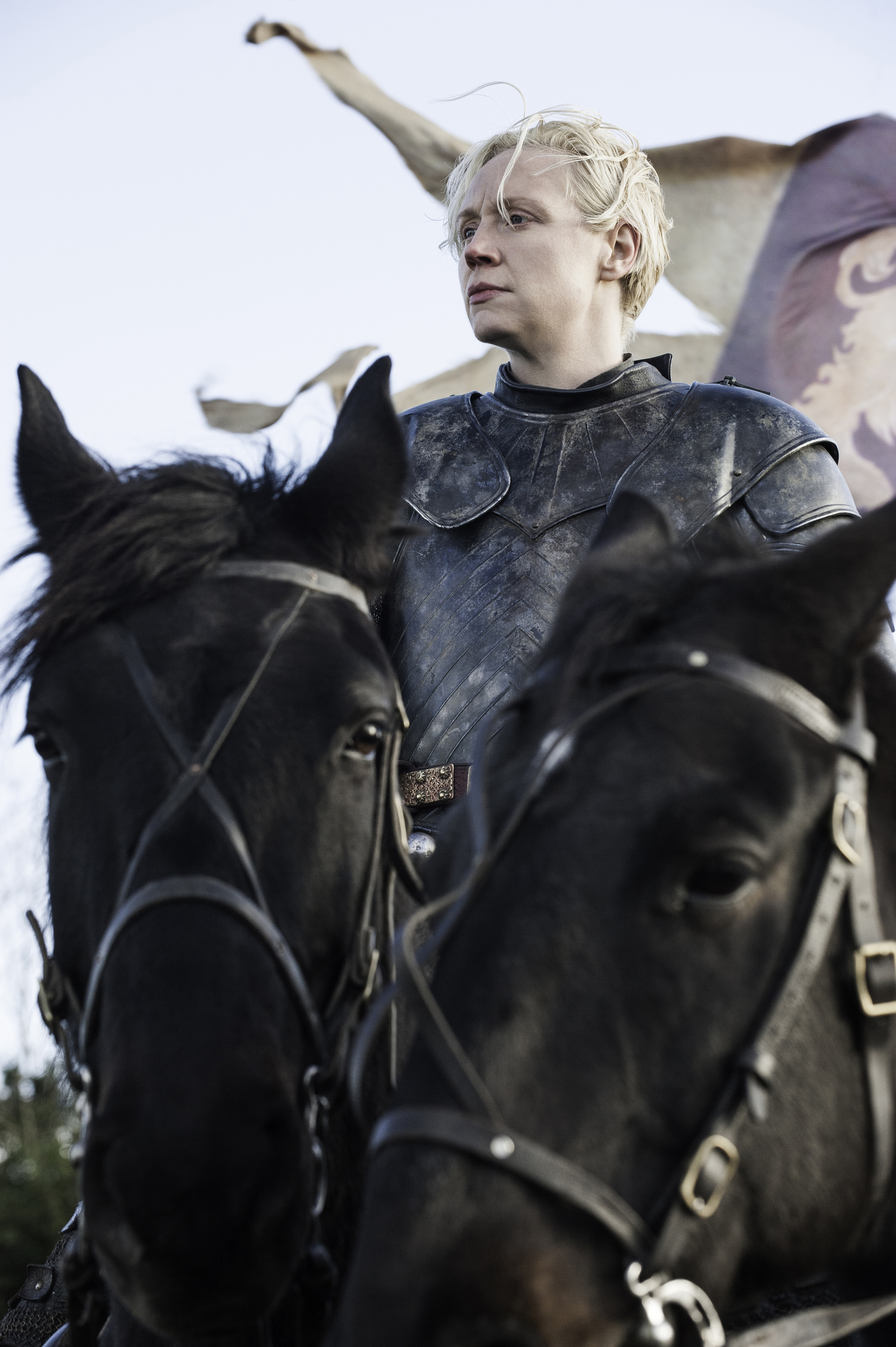 Last week’s Game of Thrones ended with a major question. Namely, what’s going to happen with Arya? We weren’t convinced she was a goner, and there have been plenty of fan theories about what will happen (a personal favorite is that Arya figured out a way to give her face to someone else, and so it wasn’t Arya at all getting stabbed, but a decoy). With a title like “No One” we know that Arya’s story is going to get some attention this week.

However, the trailer for this weekâ€™s episode focuses heavily on the Lannisters — Cersei in King’s Landing and Jaime in Riverrun. We jumped the gun on predicting a Jaime/Brienne reunion last week, but it’s definitely on in “No One.” But unfortunately, it doesn’t seem all that warm and fuzzy. Jaime is the enemy of the Tullys at this point, and Brienne is in a way a Tully devotee with her history with Catelyn and now with Sansa. Things between these too certainly feel doomed.

Cersei has her own problems as she’s been creeping closer and closer to snapping. Is this going to be the week where she sics The Mountain on Lancel? We havenâ€™t yet seen The Mountain in action, after all. All we know is when given the choice between peace and violence, Cersei is ready to choose violence, consequences be damned.

-Weâ€™ll get to see more of Tyrion and Varys running Meereen, which is always very educational. Maybe Daenerys will be joining them soon?

-The Blackfish is in for a hell of a fight, if Jaime has anything to do with it (even Podrick seems to be in trouble!) And if Riverrun stays a Lannister outpost, what does it mean for the battle in The North?

“No One” synopsis, from HBO: