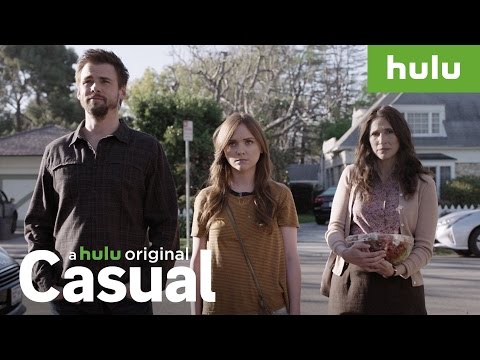 Did you say dysfunction? Because we’re here for it.

Last season saw Alex, Valerie and Laura dealing (badly) with their multitude of issues. Alex couldn’t find an age-appropriate woman to get serious with and when he did, Valerie slept with her. On purpose. But that’s not the worst of it. Valerie also slept with the object of Laura’s affection. He wasn’t a viable option and Valerie didn’t even know Laura was making a play for him. But still. And in pursuing him, Laura posted a (pretty tame, thank God) sex tape of herself online. Did she get his attention? Yes, just not the kind she wanted.

So what’s in store for Season 2?

After a season full of disastrous dates and their parentsâ€™ surprise wedding, Alex, Valerie and LauraÂ try to rebuild their lives outside the home. But new friends, business partners, boyfriends and girlfriends can only do so much to distract them from a shared and recurring history of dysfunction.

After ending his relationship with Emmy rather than confront Valerie, Alex does his best to move on by pretending nothing ever happened. He reverts to doing what he does best â€“ meddling in other peopleâ€™s lives to distract him from his own. But problems at Snooger and a run-in with an old girlfriend force him to make some big changes and questionable decisions. As his life spins out of control, he finds he needs Valerieâ€™s help more than ever â€“ regardless of the consequences.

Given what happened with Lauraâ€™s teacher Michael and Alexâ€™s girlfriend Emmy, Valerie is in no rush to return to the world of dating. When fellow therapist Jennifer moves across the hall from her office, Valerie sees an opportunity to make a real friend. But she learns making new friends as an adult can be just as complicated as dating â€“ especially when she becomes involved with one of Jenniferâ€™s friends. As her new relationships develop and her 40th birthday approaches, Val canâ€™t avoid comparing her past with an uncertain future, and how family â€“ for better or for worse â€“ plays into all of it.

Haunted by her experience with Michael, Lauraâ€™s need for a fresh start leads her to join a homeschool study group. Despite her detached cynicism, she finds something thatâ€™s eluded her throughout high school â€“ friends. But as those friendships grow more and more personal, Laura discovers something troubling about herself that just may run in the family.

3 Moments of Goodness from Preacher "See"