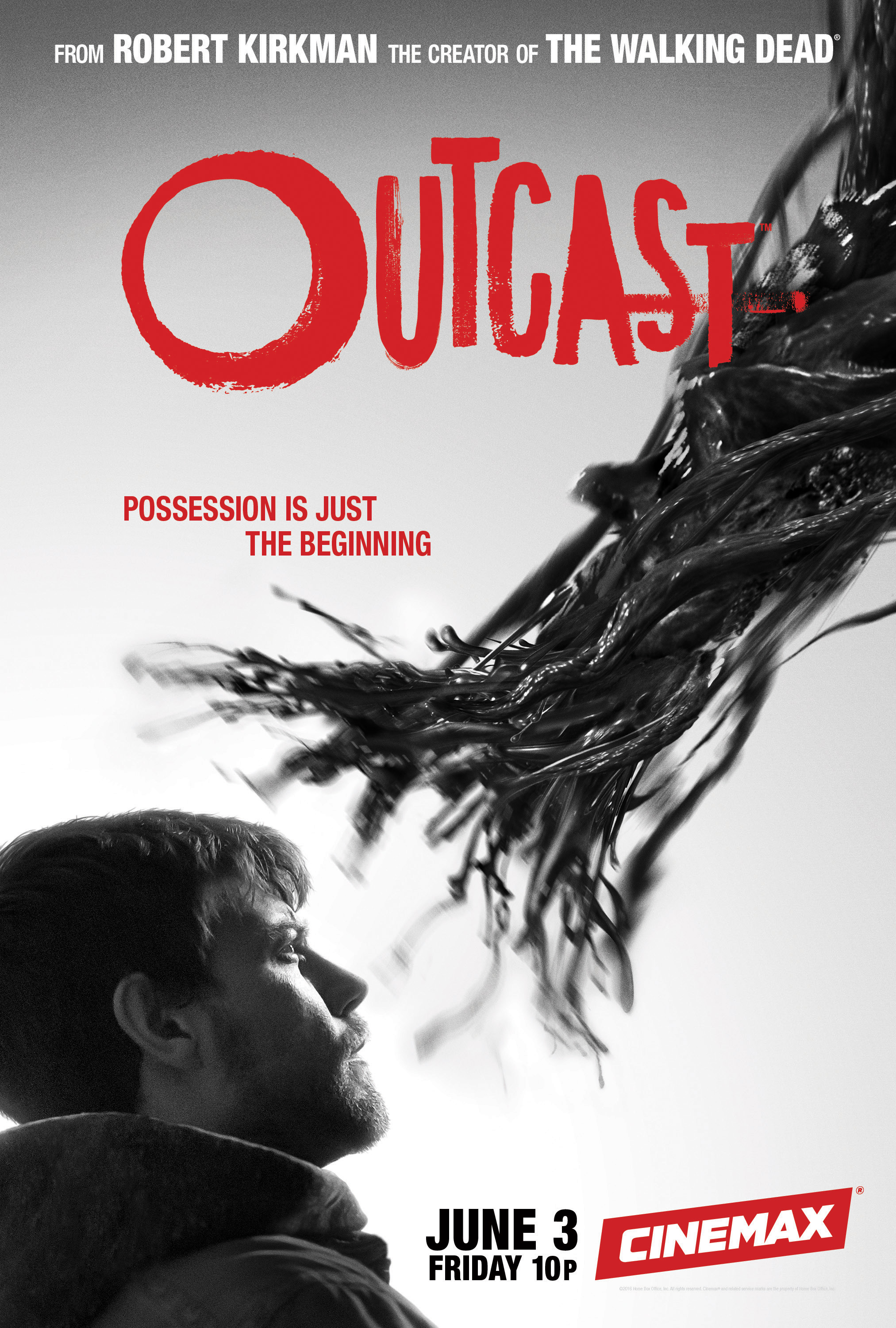 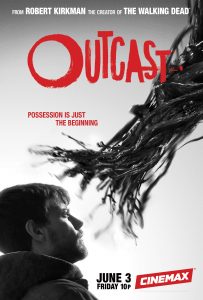 Holy sh*t. This series premiere packs quite a powerful punch. We wouldnâ€™t say weâ€™re horror connoisseurs, but we like well-made horror stories with an interesting point-of-view, like Showtimeâ€™s Penny Dreadful and movies like last year’s The Witch or The Conjuring. We want to be sacred, but we donâ€™t want any of those terrifying moments to be cheap or predictable. And so far, this show is delivering in a big way.

OutcastÂ follows Kyle Barnes, a young man who has been plagued by demonic possession all his life. Now, with the help of the Reverend Anderson, a preacher with personal demons of his own, Kyle embarks on a journey to find answers and regain the normal life he lost.

Patrick Fugit stars as Barnes, a man searching for answers, and redemption, who sequesters himself from those he loves for fear of causing greater hurt.

Philip Glenister stars as Reverend Anderson, a West Virginia evangelist who believes he is a soldier in Godâ€™s holy war against the forces of evil on Earth. An inveterate drinker and gambler, he doesnâ€™t believe God intends people to sweat the small stuff.

Gabriel Bateman stars as Joshua Austin, an eight-year-old who lives across town from Kyle. To his familyâ€™s dismay, he appears to be in the clutches of demonic possession, but thereâ€™s something very different about this possession and its connection to Kyle Barnes.

Wrenn Schmidt as Kyleâ€™s adopted sister, Megan Holter, a child psychologist who makes it her mission to fix the people around her.

Reg E. Cathey as Romeâ€™s Chief of Police, Chief Giles, who has seen enough to know thereâ€™s some truth to his friend Rev. Andersonâ€™s assertions about demons.

Kate Lyn Sheil as Kyleâ€™s former wife, Allison Barnes, who has lingering doubts about what happened in their marriage.

David Denman as Meganâ€™s husband, Mark Holter, a by-the-book small town cop whose temper can get him in trouble.

Want to watch the first episode? Cinemax has made it available to everyone:

Wynonna Earp Moment of Goodness: A Major Reveal in "She Wouldn't Be Gone"