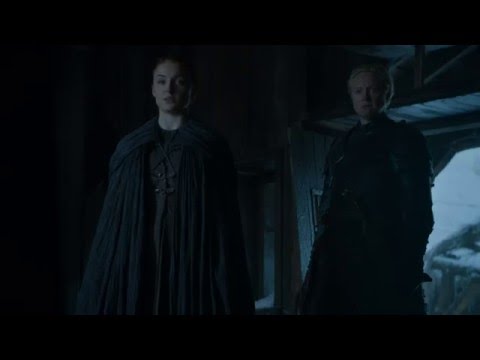 This is such a good name for an episode, it’s causing us stress! â€œThe Doorâ€ feels like it might be a major episode for this season of Game of Thrones. The show is introducing a brand new character, Kinvara, a red priestess just like Melissandre (with the a very similar looking necklace!) But Kinvara isnâ€™t interested in helping Jon Snow â€” sheâ€™s on Daenerysâ€™s team. Will Varys and Tyrion trust her? Regardless, Daenerys might need some convincing. Weâ€™ve seen her use blood magic before and it didnâ€™t end well (R.I.P. Khal Drogo and Baby Drogo). But if she does get her own red priestess, itâ€™s clear that all signs are pointing to Daenerys and Jon Snow as the lead opponents in the fight for the throne.

We love the back story we get from Branâ€™s training with the Three-Eyed Raven, and â€œThe Doorâ€ has Bran continuing his journey to learnÂ everything. This time heâ€™s getting to know the power of the White Walkers first hand via his Warg abilities. But weâ€™ve seen that the mental traveling Wargs do can be dangerous, and judging by this episodeâ€™s trailer, Bran might be in more trouble than he expected.

“The Door” synopsis, from HBO:
Tyrion seeks a strange ally. Bran learns a great deal. Brienne goes on a mission. Arya is given a chance to prove herself.