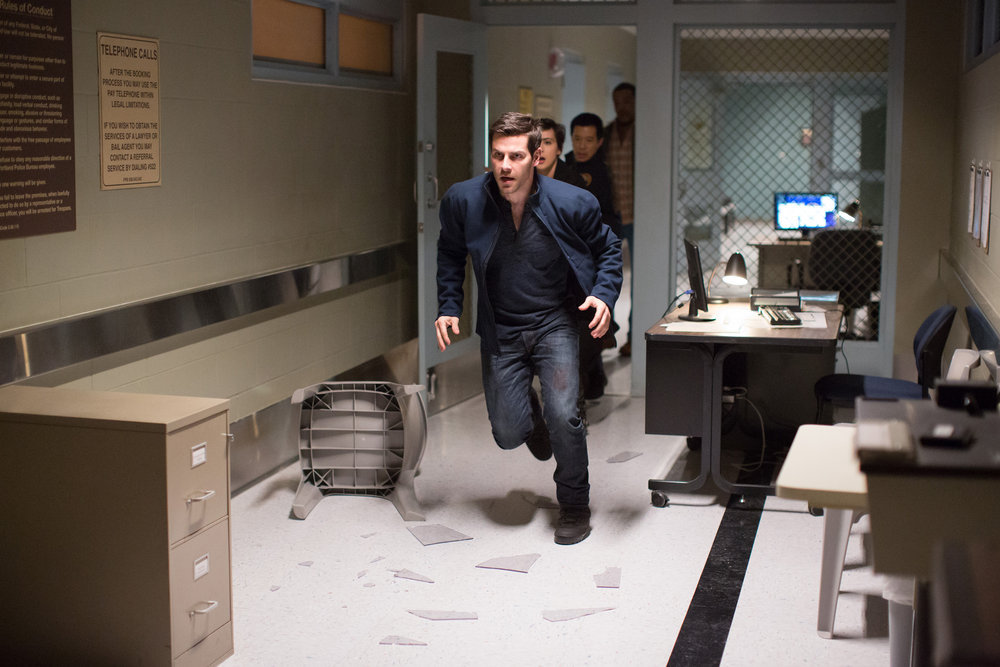 It’s hard being Nick Burkhardt, don’t you agree? So much has happened since he discovered his Grimm-ness. He’sÂ lost a lot this past year — even for him. He had to contend with a girlfriend who became a hexenbiest that set up his mom to be killed. The bad guys severed her head and served it up to her son. So cruel. On top of that, Juliette isn’t as dead as Nick had thought. She’s now this scary super-powered being known as Eve. He’s working alongside her so every time he looks at her he knows she’s not the woman he once called fiancee. He’s lost her even though she’s right in front of him.

He had a baby with Adalind — which is crazy in itself — but the two actually fell for each other. This is someone who was once his sworn enemy who did some really bad things to him, his friends and Juliette. At one point, she suppressedÂ her hexenbiest-iality. But that’s a thing of the past. She and Nick have genuinely created a family, but thanks to Black Claw, Nick’s lost that, too. Adalind has to put on a positive face and act like she’s happy to be the First Wife to Portland’s new mayor, Sean Renard. Poor Nick.

The man behind Black Claw — the puppet master behind forcing a family together and putting a tail on Nick’s friends (including bringing back Hank’s old girlfriend to spy on him) — is Conrad Bonaparte.

“I like multi-dimensional characters,”Â Shaun Toub told TV Goodness during a recent phone interview.Â “[Bonaparte]’s interesting but tough, scary, he could be charming at times. So that’s really the gist of it. He’s trying to bring Nick around. And he’s trying to do what’s best for the organization.”

In tonight’s finale, Season 5’sÂ big badÂ makes his big move. “He’s put the pieces into place and now with Renard being elected, that brings him even more power and control,” the actor explained. “That’s why he’s also using Sean to basically get control over Adalind.”

Get control of Adalind as well as her rapidly-aged daughter, Diana, who’s scary powerful.Â “Oh my goodness. You don’t understand. That kid looks at you and you’re shaking in your boots. Even on the set.” laughed Toub. “That kid (Hannah R. Lloyd) has some powers. I wouldn’t want to mess with her…in real life.”

Bonaparte’s motivations are simple. Total domination. “That’s the plan. He’s trying to basically bring about as much power and surround him with as many powerful pieces as possible so he can have total domination,” said Toub. “The last two episodes, I think, people are going to love it. The finale is really good.”

According to Toub, fans should get ready for some movie-quality action. “I can only tell you that there will be a lot of twists and turns in the finale and there are a lot of surprises and there’s a lot of action. The director — Norberto Barba — did a fantastic job in the finale. It almost reads as a movie — like a short movie. It’s action-packed. And pretty complicated. And a big surprise at the end.”

Expect Conrad to be in the thick of all the action. “Conrad is always part of the action. He’s controlling,” he said.Â “He’s using everybody to do his dirty work and to bring about what he wants with Sean and Adalind and Nick and his henchmen. He’s the most powerful one and he knows it. He knows he has the power. It’s scary when someone is powerful and he knows he’s powerful.”

This means, Bonaparte’s about to share scenes that don’t necessarily featureÂ Renard, Adalind and Diana. “Conrad will be involved with many of the characters and, yes, Nick and Conrad will definitely meet,” he teased.

Toub’s appeared on the big and small screen. Currently, he’s hoping everyone will check out Â Papa Hemingway in Cuba. “It’s the first American film that was shot in Cuba in the past 55 years. It’s the life story of Hemingway, the last years of his life. I play an American poet, Evan Shipman. Audiences are loving the film, so hopefully people can catch that before it goes away.”

His TVÂ credits include Lost, NCIS, Castle and Homeland. He considers Grimm as one of his bestÂ experiences. “It turned out to be one of the best and kindest sets I’ve worked on. The people are — from the cast to the crew — so nice,” he raved. “My friends who have worked on the show had told me that it’s a really great set and it’s true.”

NBC Synopsis of the two-part finale

Quick Assessment of the Finale

Okay, back to the finale. Toub wasn’t lying when he said it’s action-packed. I’m often disappointed when it comes to finales and how much action there ends up being. To me, there should be tons of it, almost non-stop. I want an exhausting ride. I do want some emotional moments as well. But I also want a thrilling roller coaster ride. Many timesÂ that just doesn’t happen. Tonight’s two-parter provides an immense amount of action. There’s a moment with Nick that is just so great. That’s all I’ll say because I don’t want to hype it too much. But everybody gets to be a real part of these episodes. It’s not just a Nick-fest (even though I love me some Nick-fests). There’s action. And adventure.Â I’m all about when the show dispenses with the case of the week stories and dive knee deep into the mythology. That’s what these two episodes are all about. I think Grimm is at its best when it’s pure mythology. But that’s just me.

I’m curious to know what you guys think. Grimm kicks off at 8/7c on NBC.

Steve Zissis Discusses HBO’s Togetherness, the Evolution of His Character and More [Exclusive]