Dancing with the Stars “Season 22 Week 8” aka America is the Judge/Judge vs. Judge 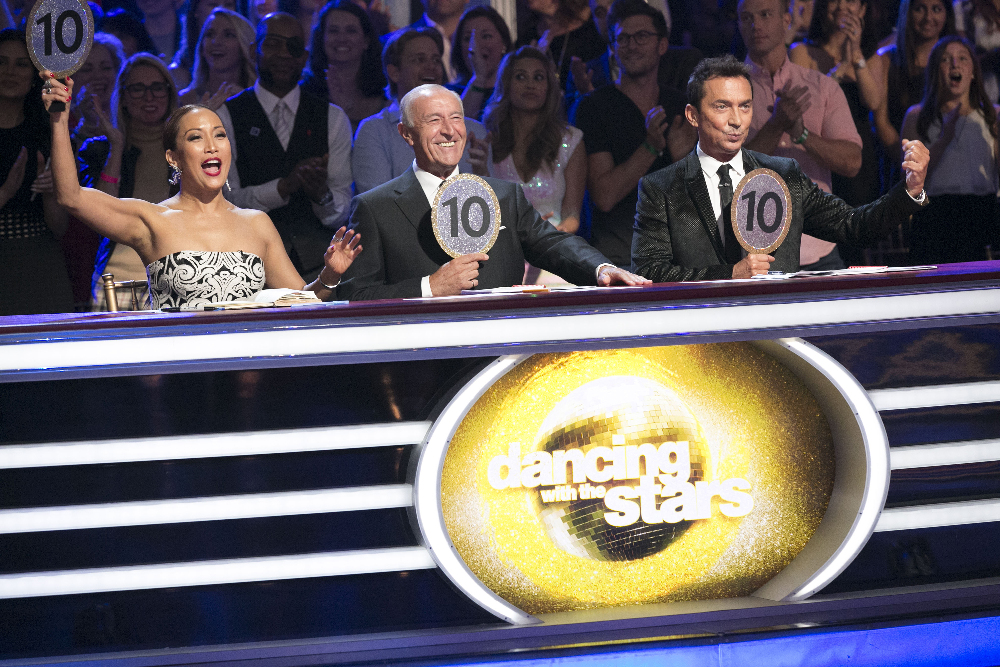 It’s Week 8 of Dancing with the Stars. Once again, the contestantsÂ must perform two dances. The first one’sÂ aÂ regular routine. The second one? The judges compete against each other with America acting as the third vote. Each team has two couples each. Who would move on to next week’s Semi-Finals? Who would go home? The answer to that one is a bit of a shocker. Let’s see how the couples did:

This week, the show didn’t play. Before the first dance even happened, one couple found out if they were safe or in jeopardy. Nyle and Peta were — of course — safe. They were upÂ first:

Round 2- Judge vs. Judge / America judges

Jodie & Keo would be going home. It was tough, but Jodie remained classy. She went outÂ with a perfect score and a grateful attitude.

Can you believe it? Next week areÂ the Semi-Finals and Trio week. Tom also informed the remaining couples that there would be a double elimination. Who will be the final three couples? Remember to vote, people!

Dancing with the Stars airs Monday nights at 8/7cÂ on ABC.

Chloe Gets a Grip on Lucifer’s “Love Handles”

My “It Clicked” Episode: The Tomorrow People “Kill or Be Killed”

The Knick Preview: “Get the Rope” [VIDEO and PHOTOS]