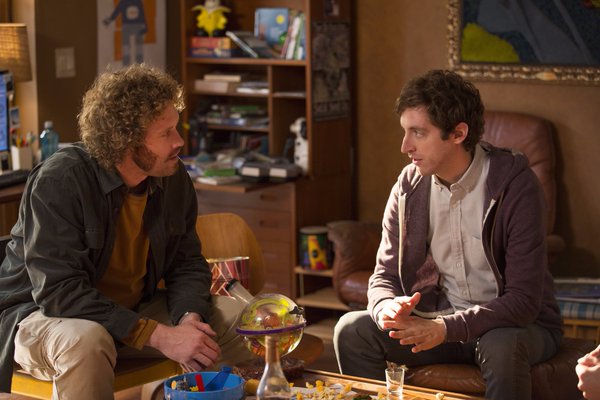 Last week on Silicon Valley, Richard took the CTO job at his own company and made the decision to work for the new CEO Jack Barker. Great move, right? Not so fast.

Barker’s agenda and Richard’s agenda do not jive. At this point, their agendas aren’t even on the same planet. Richard’s all about making sure the consumers win when it comes to his platform. Barker and his new crew of “rad” salespeople (all guys + Jan the Man) have geared things away from consumers and towards businesses.

So it’s a Richard versus Jack situation. That is, when Jack’s even at work. Either he’s leaving for events he scheduled before he got this job. Or he’s off making sure his mares are breeding. Two horses humping: that was a shocking visual on a show known for shocking visuals.

Richard’s vision for Pied Piper is changing all in the name of the mighty dollar. Jack wants results now. Not four years from now. Which is why the company’s all of a sudden thinking “inside the box.” Richard brought it up as an example of what not to do. But since this is Richard and everything seems to go wrong for him, the sales team efforts an appliance where people can lock away their information safe from hackers and spies. Not very creative. And actually preys on people’s biggest fears. It’s certainly not what Richard envisioned.

Meanwhile, Erlich and Jared are dealing with squatters who have all the rights. That means Jared can’t get back into his condo and is now living in a corner of Erlich’s garage. And Jian Yang refuses to leave the incubator and will now live there for the next year. Unless the American judicial system decides to get its act together. Yeah, right.

Richard searches for a way around Jack (Stephen Tobolowsky); Gilfoyle opens himself up to recruiters; a recent purchase brings Dinesh unwanted attention.

The Music in Me Preview