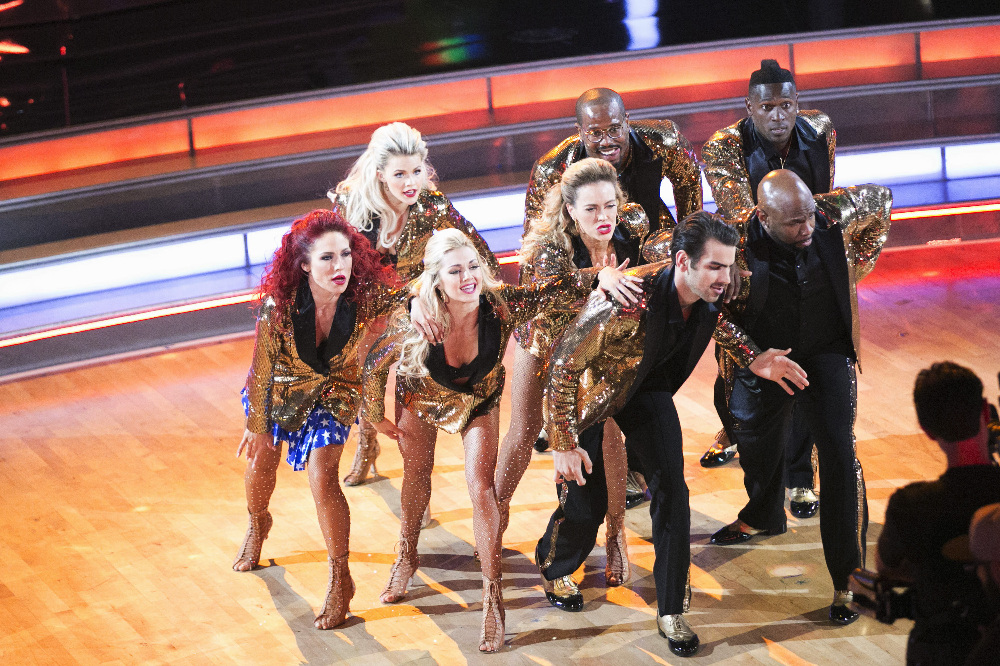 Week 7 of ABC’s Dancing with the Stars brought a double dose of dances and eliminations. The solo performances celebrated music icons and then there were the Team Dances which pit the women vs. the men! We’re in the home stretch. Who are the two couples going home? Letâ€™s see how they did:

This is the first time that it is Men vs. Women. Letâ€™s see how that went:

I was disappointed. When you do BeyoncÃ©, it has to be fierce from beginning to end. I felt that it stalled a little bit at some points but was great at others. It just wasnâ€™t as good as the menâ€™s. There was some stuff that wasnâ€™t in sync but other wise they did an okay job.

It is always tough when there is one couple going home but itâ€™s much worse when it is two. The first couple that was in jeopardy was Kim & Sasha. The second in jeopardy was Wanya & Lindsay and the third couple in jeopardy: Von & Witney. Everyone else was safe.

The couple that was safe: Wanya & Lindsay. Von & Witney and Kim & Sasha would be going home. Kim was surprised but Von said it is a very tough competition. Both Von & Kim felt it was a great experience.

Carrie Ann: â€œI like it when you get pissed.â€
Len: â€œIâ€™m very positive.â€
Len: â€œHis bum sticks out!â€
Tom: â€œDo you do your own taxes.â€
Tom: â€œVery nice and very overdressed for gardening.â€

Next week: America is the 4th judge. Who will continue on their journey to the Mirror Ball trophy? Itâ€™s anyoneâ€™s game.

The Walking Dead “Bury Me Here”

There’s No Coming Back, The Walking Dead: “30 Days Without an Accident”