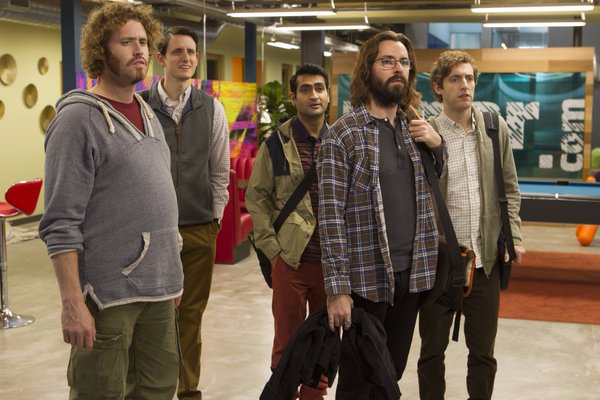 HBO’s Silicon Valley is finally back. Last week, Richard reacted to being fired. Well, demoted actually. And if you watched the premiere, he understandably didn’t handle things well. Raviga didn’t want to get rid of him entirely. They thoughtÂ he shouldn’t be in charge of the whole enchilada. After all, his business savvy is not so savvy. But he’s the brains of this operation, which still makes him essential. His new title — should he accept it — would be CTO, Chief Technology Officer.

The Season 3 premiere involved a lot of Richard letting his ego take front and center. There’s no way he can be an employee at the company he built, right? A few things needed to happen in order for Richard to come back down to earth:

However, my Moment of Goodness from “Founder Friendly” doesn’t feature Richard although it’s completely about him. At one point, he told the rest of his Pied Piper pals that he quit and he pretty much expected them to follow his lead. Yeah, that reasoning didn’t quite work for Gilfoyle and Dinesh. These two guys who are super competitive and are often tearing each other down with various insults, were actually on the same page. There’s no way they were going to walk out in solidarity with Richard. They wanted to keep their jobs. They didn’t need him. They could do it all themselves. (This is before they realized they both knew the same 90% of the tech. Richard knows everything.)

So they privately talked about staying with the company. They did what a lot of people do when they don’t want to feel bad about talking about a friend behind their back. They said how much they love himÂ and how great he is and smart and essential and all that stuff. And then they get to the criticism portion of the conversation. But in true Dinesh and Gilfoyle fashion, they didn’t want to have to keep repeating all those niceties. They boiled it down to an acronym they called Rigby. Richard Is Great But You know…

Rigby is the greatest thing ever. Is it wrong that I want to incorporate it into my life? I don’t care if we’re living in a post-Rigby world or not. It’s genius.

In tonight’s episode, Richard remains with Pied Piper. Will his transition to CTO go swimmingly? Can he keep his ego in check in order for Jack Barker to take Pied Piper to the next level? Or is it all too good to be true?

HBO Synopsis for “Two in a Box”

-There’s a bit of a shocking moment that happens in this episode. It involves a couple of animals. That’s all I’ll say.

-Erlich is to blame for his housing issue while Jared tries to remain his super scary positive self.

-Gavin remains despicable. But will that backfire on him?

-Big Head wins even when he loses. Again.