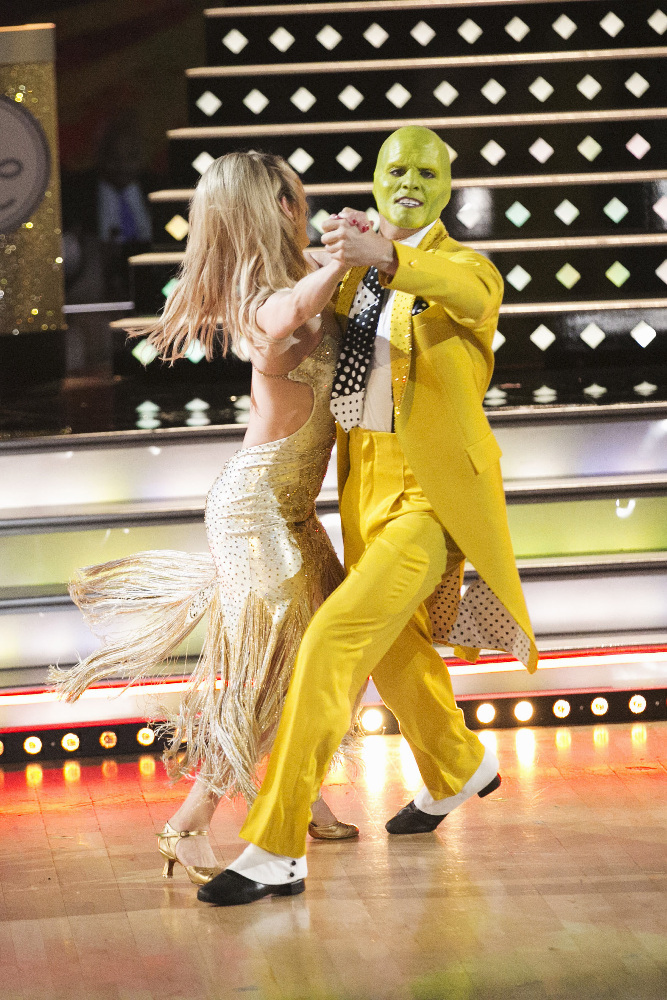 This week’s Dancing with the Stars was a momentous occasion: Lenâ€™s birthday! And to celebrate, it was Famous Dances Night! The routines could be from movies or music videos. After being away from their partners for a week, would the couples reuniteÂ and gel like before? Not one but two contestants were injuredÂ during rehearsals. Would those celebs sit this week out or would they step up and dance? Letâ€™s see how the couples did:

Hereâ€™s the thing: Von’s got all the moves and did a nice job. Hereâ€™s my issue: I feel like he doesnâ€™t go the extra mile. Iâ€™m not sure how to totally describe it, but there is some kind of disconnect with Von. Maybe he thinks because he has the moves down he doesnâ€™t have to do too much more than that. I don’t know.

The couple leaving this week was Doug and Karina. Compared to the others this is probably the right call. But donâ€™t forget to vote!

Erin: â€œWe got your shorts, Tom. There you are.â€
Tom: â€œStop yelling, Iâ€™m hosting!â€
Tom: â€œWeâ€™ll fix it in post.â€
Erin: â€œWho ever thought that Tom would run that fast?â€
Tom: â€œYou finally found a dance for all your facial expressions.â€
Tom: â€œRemember, we gave you a cake.â€
Len: â€œI am kinder as I get older.â€
Len: â€œHow many 10s have you given out, sweetheart?â€
Tom: â€œIf you decide later you want a restraining order, we can arrange that.â€
Tom: â€œAlan and Britney, they are a chiropractorâ€™s dream.â€
Tom: â€œBefore you dislocate somethingâ€¦â€

Next week is Team Dance week: the men against the women! There is no Derek this time so itâ€™s anyoneâ€™s game.

VIDEO of the Day: Suits' Gabriel Macht Being Hot and Hilarious in New Zealand

Two Takes: Outlander “The Way Out”

Justified “For Blood or Money”