Girls Preview: “Love Stories” and “I Love You Baby” 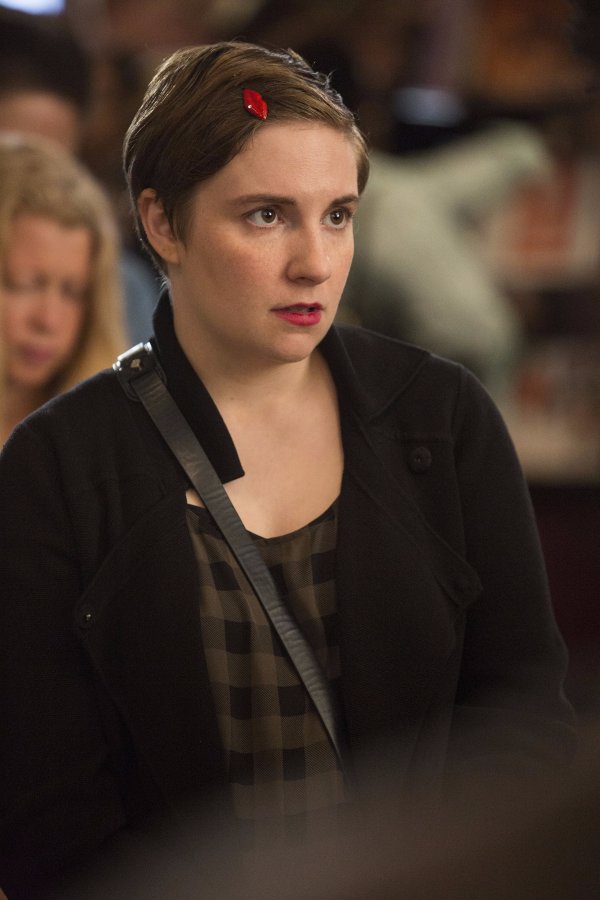 The upside of tonight’s back-to-back session with HBO’s Girls? We’re getting two episodes, of course. The downside? With the end of the hour, comes the end of the fifth season…only one more to go. This begs the question: Will this be a painful season ender or will things wrap up nicely and neatly?

This is Girls where everything about these characters’ lives is messy. So we’re doubting the nice-and-neat scenario is going to happen. Right now, Hannah and Fran’s relationship is over. She called it quits while beginning theirÂ summer-long road trip. That was a brutal way to end things, but theyÂ needed to end.

Their relationship had started healthy but once they moved in together, it quickly spoiled. Hannah used itÂ as a way to not be alone and to not think about what was going on with Jessa and Adam. Fran became this guy who yells a lot. He certainly didn’t seem to like Hannah and her curiously quirky ways. ItÂ didn’t seem like FranÂ even loved her no matter what he said. It felt like he had made an investment in the two of them and he committed to it a hundred percent and he didn’t want to give up. Not reasons to stick around. Hopefully, these two will never happen again.

Naturally, the untimely break-up came with collateral damage. This is Hannah we’re talking about. Ray tried to be a good friend and picked Hannah up in his brand spankin’ new coffee truck that cost fifty thou. Hannah decided she didn’t want to be selfish, which was one of Fran’s accusations he hurtled at her (that and the fact she’s a rude ass). So in her quest to be unselfish, she started to give Ray a blow job. Big mistake because a distracted Ray crashed his truck.

Hannah quickly reverted back to her selfish tendencies. She didn’t want to wait five hours for Ray’s guy to come rescue them. She decided to hitch a ride with Hector Medina (Scandal‘s Guillermo Diaz), who recently escaped an abusive relationship (he was the one being abused). Oh and Hannah finally received confirmation about Jessa and Adam, which probably won’t end well.

Meanwhile, Shoshanna’s back from Tokyo. She was extra cranky, extra crispy, and extra entitled. And she wore a “Je Ne Sais Blah” t-shirt that was pretty awesome. She went to aÂ Japanese restaurant where she ran into Jason Ritter’s Scott, her ex. When she revealed she’s trying to apply for welfare, he realized how happy he is not to be in a relationship with her.

Most of the guys in last week’s episode were fed up with the Girls. In addition to Hannah and Shosh’s issues with their exes, Marnie’s still tied to hers because of the band. But Desi being Desi, he’s already in a new-old relationship with Lisa Bonet and he cut off all conversation with Marnie that doesn’t have to do with the band. Desi being the weak, simpering baby that he is, let his new girlfriend do the explanations. Not sure what Marnie ever saw in this guy. Not sure what Lisa Bonet’s character sees in him either other than someone she can control in every way.

Adam got a little fed up with Jessa while they were taking care of his niece. His troubled sister Caroline suddenly left Laird and their baby. Of course, Laird hadn’t realized his life changed so drastically until Adam found the goodbye note under the fridge. What does Jessa and Adam taking care ofÂ Sample (Laird’s nickname for his daughter) look like? Not a disaster, but not great, either. Jessa ended up whining way more than the baby ever did.

Okay, that brings us to tonight. HBO only made the penultimate episode available for screening. But after the events of this season, you have to think this whole Hannah-Adam-Jessa hot messÂ is going toÂ beÂ explored further. In the past, Hannah would have gone nuclear on their asses. That hasn’t happened yet. In fact, the three have barely been in the same room allÂ season. That has to change, right? Speaking of needing to be in the same room to work outÂ their stuff, Elijah and Dill have hit a snag in their relationship. Can they get past their issues? What’s next for Shoshanna? Will Desi ever not act like an ass? For Marnie’s sake, we hope so.

After Hannah gives Principal Toby (Douglas McGrath) unexpected news, she runs into Tally (Jenny Slate), her old friend-slash-nemesis. Marnie has an unsettling dream and later tries to work things out with Desi. Noticing that business is suffering at Rayâ€™s, Shoshanna offers to help with marketing, performing clandestine research on the competition. Elijah makes his pitch to Dill for their relationship to be exclusive.

HBO Synopsis for “I Love You Baby”

Elijah and Loreen (Becky Ann Baker) help Hannah with her plan to participate in the Moth Story Slam. Marnie prepares to go on tour with Desi. Shoshannaâ€™s idea for an â€œanti-hipsterâ€ Rayâ€™s takes off. After helping take care of the baby, Jessa and Adam have an epic fight.