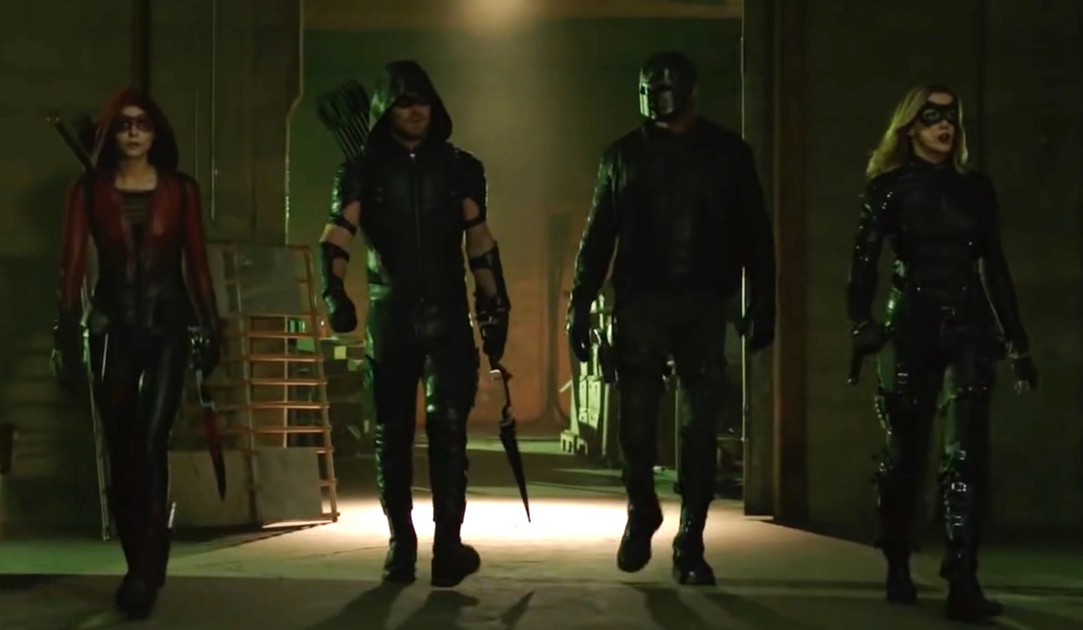 It’s human nature to want to see the good in people; and oftentimes that becomes even more clouded when blood relatives are involved. But at what point do we accept people for who they are, not what they are to us? This week’s Superheroes on TV column takes a look at redemptive story lines and why they (almost) never work.

Never is a harsh word, I should say that these story lines rarely ever work in favor of the good guys. Take Arrow‘s “Eleven-Fifty-Nine,” we lost Laurel Lance at the hands of Damien Darhk. Her arc in the last two seasons has been one of redemption. After she sobered up following Tommy’s death, she had been an adversary to Team Arrow for a while before she had a change of heart. Sara’s death is what brought her into the fold and allowed her to become a full fledged member of the team.

It was a long road from season one Laurel to the version the series just killed off; but like her or not, she’s been one of the most transformed characters on Arrow. It almost seems cruel that they’ve gotten rid of her at her peak. I say almost because I’m not 100% convinced that she’s dead, but more on that later…

Laurel represents one side of the redemption coin while Andy Diggle is the flip side. He was a bad egg when he and Diggle were in the army, and he hadn’t changed much in the time since then. Andy had been a double agent for HIVE all this time, and it is because of him that Darhk was able to deal Laurel’s death blow. As a fan of the show, did anyone believe that Andy had really turned a corner? I certainly didn’t; and that is what has made watching most of season four so frustrating. Surely, the team, especially Diggle, would have come to their senses sooner and realized that Andy wasn’t on the up and up.

Trust is not a bad thing to have in their line of work, but it should be guarded more heavily than their secret identities. Trust is the very foundation that their good deeds are built upon. Without trust, there can be no cohesive team. So how is it that Team Arrow (as a whole) let Andy into the fray in the first place? Because everyone loves a good redemption story.

Oliver was able to turn his life around from useless playboy to city savior; Thea was able to get rid of her blood lust and do good for Star City; Laurel was able to kick her drug and alcohol abuse and become a functioning, coherent member of society. Even though the odds say otherwise, all of these good examples are exceptions to the norm.

We see similar patterns in DC’s Legends of Tomorrow‘s “Progeny.” Our time travelers face a dilemma of killing someone (a child, no less) before they grow into something terrible. Yet Rip’s moral compass stops him from murdering the child because he chooses to believe the boy has a chance to do what is right. But let’s face it — there are bad people in this world. Period. And for people like them, like Per Degaton, there is a such thing as being inherently evil. No amount of pep talks or mercy can change these people.

In contrast to Per, there’s still the quandary of Mick/Chronos. While it remains unclear whether or not he can be trusted, he is not like Per or Savage, or even Andy Diggle. Firstly, he’s not evil; Secondly, Mick was pushed into the circumstances he’s in now. Left for dead by his best friend, picked up by the Time Lords and converted into the person he is now. Mick is a redemption story waiting to happen. Though I’m not ready to pin a medal on him just yet. He’s unstable, to be sure, but Mick can be reasoned with so long as reason isn’t confused with trust.

The potential to save someone, or the hope that they can rise above, will always be a fault of heroes. What happens now that Andy has, essentially, killed a member of Team Arrow? Where do our time traveling legends go now that they’re mercy has accelerated Savage’s timeline? Perhaps most importantly, will our good guys ever realize that some people aren’t deserving of redemption? I doubt it; but that’s what separates the heroes from the villains.

As for why I don’t believe that Laurel is dead, we didn’t see it happen. Oliver could have given her something to induce those seizures to fake her death. It’s a stretch, yes, but this is the comics — death is not always final.