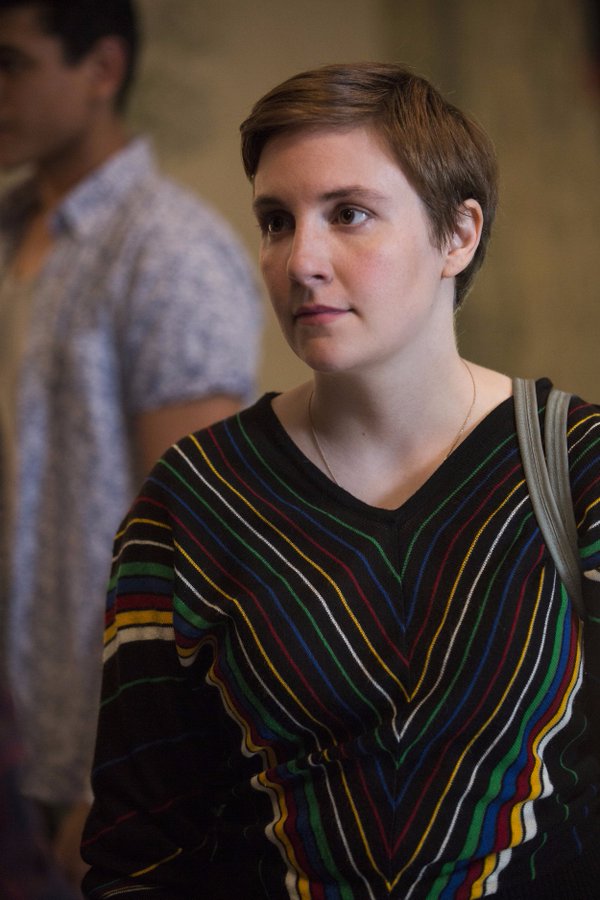 We are well past the halfway point in the fifth season of HBO’s Girls.

Hannah’s dealing with her parental issues. Although, that seems to be in an okay place right now. What doesn’t seem to be okay is her relationship with her boyfriend, Fran.

It looks like a Shosh and Yosh reality show spin-off isn’t going to materialize as much as we’d love for this to happen. It turns out Shoshanna’s not as in love with her Tokyo existence asÂ she made it seem. Sure she’s working for the second largest Cat Cafe as assistant manager. Sure, she’s made a connection with her former boss. But she misses home something fierce. She’s super lonely. Will she end up heading back to the U.S.?

Jessa pushed Hannah away in order to be with Adam. Their relationship is actuallyÂ smooth sailing thusÂ far. He’s even offered to pay for her schooling. She’s on the road to becoming a therapist. It still feels like she’s in the healthiest place of all the girls. But there’s a majorÂ elephant in the room — tshe’s dating Hannah’s ex. Hannah doesn’t know.

After last week’s Marnie-centric episode, she made the decision to end her marriage to a pretty pathetic Desi. Yay, Marnie.

Meanwhile, Elijah’s in a relationship with a famous news anchor.

Tonight, Elijah has shaved and he’s wearing a nice suit. Too bad things areÂ about to get…complicated for him. Meanwhile, so much aboutÂ Hannah’s life isn’t quiteÂ working right now. Cut to her doing something hella inappropriate at work. What she does in response exacerbates the problems in her relationship with Fran big time.Â That might not be the end of her issues, however.

Hannah (Lena Dunham) is reprimanded by the school principal, and her response infuriates Fran (Jake Lacy). At Adamâ€™s (Adam Driver) play, a nervous Jessa (Jemima Kirke) worries about seeing Hannah after their fight, and Marnie (Allison Williams) shares news with Ray (Alex Karpovsky). Elijah (Andrew Rannells) attends a swanky party at Dillâ€™s (Corey Stoll) apartment, where he gets the impression that he might be one of many.