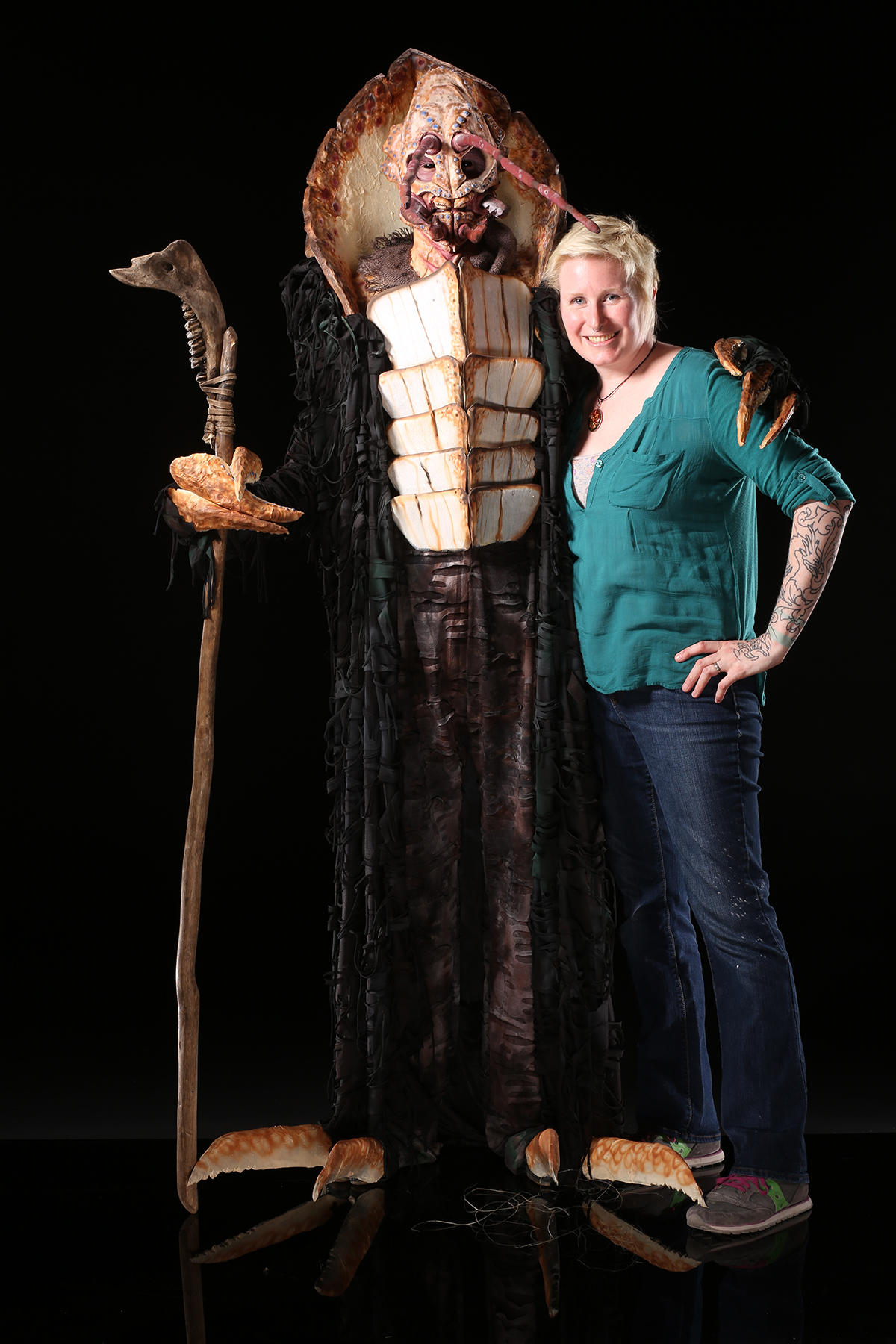 Iâ€™m trying to decide if Iâ€™m happy about the 3 artists who’ve made it into the finale. Donâ€™t get me wrong, the final four were very strong. My least favorite is probably Walter, but only because I want him to have a little more personality â€” which I know should have absolutely no weight in my critique of him as an artist. But it does and I wonâ€™t apologize (much) for it. Having said that, I loved his makeup from last week’s “The Art of Warcraf” and thought he absolutely deserved to win. The sculpt, the paint and the fabrication were simply fantastic. So, while I might have my own hangups about him, he absolutely deserves to be in the finale.

Rob is my favorite. I think heâ€™s incredibly talented (and he’s so young!) and what that guy can do with a face sculpt is pretty damn impressive. But heâ€™s had serious time management issues over the last two challenges, which is concerning. But face pieces and cowls he’s able to fabricate impresses the judges â€” and me â€” every single week.

This week, Rob’s time management issue wasn’t the only thing he struggled with. He also had trouble with his paint job and didn’t really get to finish the overall “look of his character.

Let’s talk about the positives for a minute though. This face and cowl are so gorgeous. I canâ€™t even imagine how much greater it couldâ€™ve looked if heâ€™d had more time to paint it. And while the judges comment on where he falls this short, what he was able to do with that face piece helped advance him into the finale.

This weekâ€™s winner was Melissa and I think I loved every single thing about her makeup. She was smart about the time she spent on the face and everything she fabricated. You could tell she was thinking about all the details of this character and what she needed to do to make it a complete look. It came together so well and Iâ€™m glad she was able to redeem herself after her look last week fell short.

Unfortunately, Mel was sent home. I think she did such a wonderful job on her character, after a few stumbles in the workroom on day one. Itâ€™s been great â€” but also frustrating â€” to watch Mel over the course of this season. Sheâ€™s so talented, but she second guesses herself a lot. And I canâ€™t say I wouldnâ€™t be doing the same if I were in her shoes. I think thereâ€™s a lot of pressure to be creative and push boundaries and try to make something the judges havenâ€™t seen a million times before. I know and other artists have let the pressure get to them, but I think she pulled it together in the end. This weekâ€™s look was great. I loved it and Iâ€™m bummed it wasnâ€™t enough to send her through to the finale.

Iâ€™ve got high expectations for Rob, Walter and Melissa. Iâ€™m excited about seeing what theyâ€™ll create in the finale and I probably will judge them pretty harshly if they fail on any level. Iâ€™m not (that) bitter Mel didnâ€™t make it through, but I do want these 3 to show us their best work.

Despite his recent issues, I still want Rob to win. Whoâ€™s your pick to take some the prize this season?

The 2-part Face Off finale starts Wednesday, April 6th at 9/8c on Syfy.