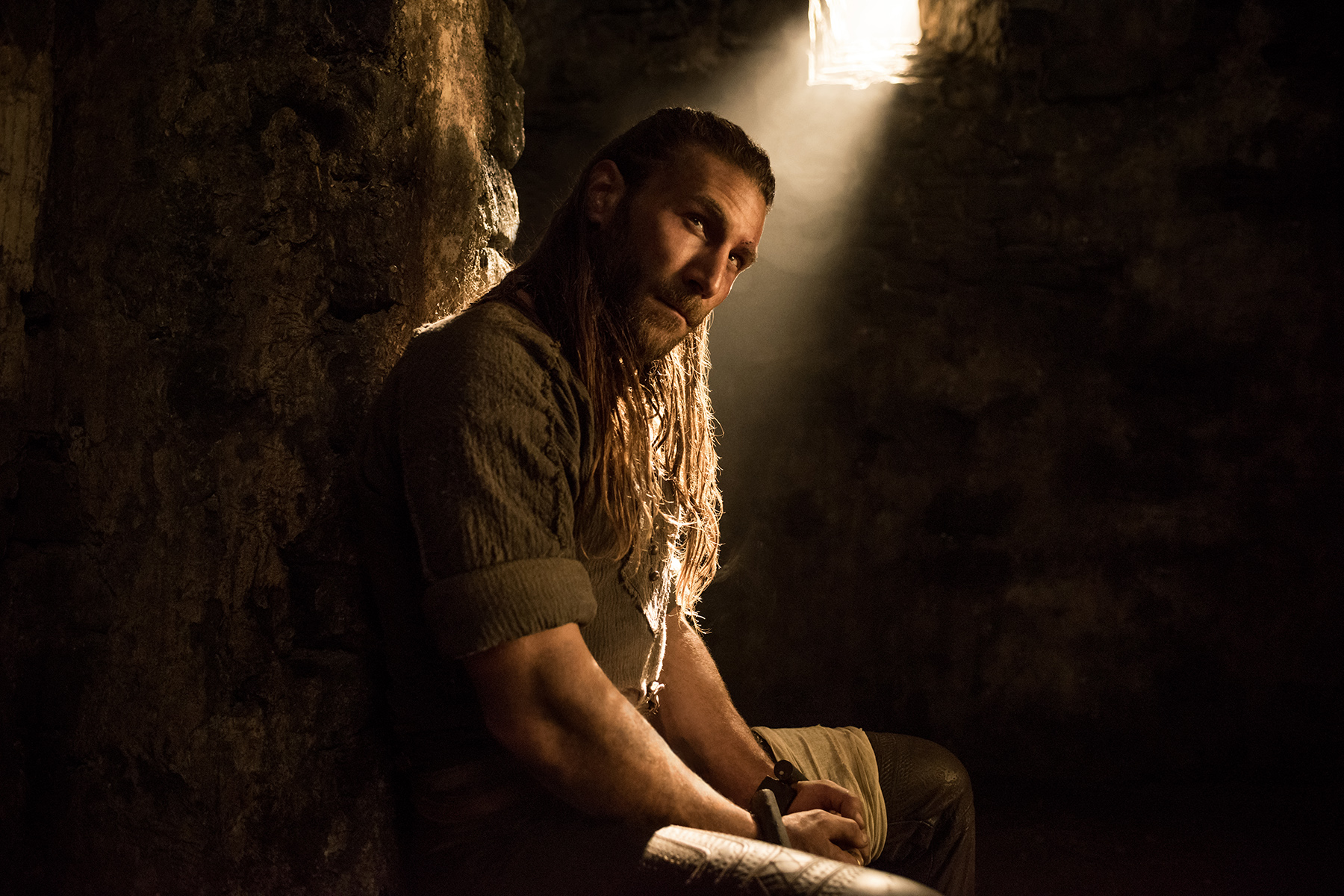 We have passed the point of no return as we head into the season three finale of Black Sails. England sank its teeth back into Nassau to reclaim what was once theirs, but one man will prove this retaking will not go down as easily as those pardons.

Captain Charles Vane, a stalwart of the Seven Seas, died as defiantly as he lived. Never one to hold his tongue, he spoke freely and honestly in his final hours. He spat in the face of authority, religion, and love to ensure that he lived his most authentic life. Vane spoke freely, and while his words often stung, they always inspired. The desire to rise above, the desire to live free, the will to set your own rules…Charles Vane was a man of his word and carried the weight of an island in what he believed would provide for everyone.

Loved by many, hated by more, feared above all else, Captain Charles Vane is the spark that will set Nassau ablaze. He has done in death what he could not do in life — give power to the people:

Vane’s sombre death was a direct contrast to the hyper violent life he lead. Poignant and pivotal, I can’t wait to see how the people who so easily accepted those pardons react to England’s presence now. There is always a moment, be it subtle or blatant, but there’s always one moment that spurs people into action. It is when they make the decision to stop watching from the sidelines and jump into the fray because they finally feel like they can be of some service. Charles Vane is that moment; a moment in which Eleanor Guthrie is going to regret having spoken on behalf of the Governor.

If Vane is the spark, Eleanor is the hand who kindled it. The right hand of the Governor, Eleanor has secured her position and has fallen back into step with her heavy handed rule as if she’d never left. She has been trying to eliminate Vane since she was freed from the confines of her death sentence in England — and she’s nothing if not persistent. But what has this closure cost her going forward?

Max as the head of a clandestine horde of information getters shows how in tune she is to how valuable information is and how deft she’s become at its trafficking. It’s wonderful to see how far she has come and how willing she is to use whatever is available to work toward her most desirable outcome. But when the fight moves on to Maroon Island, I have a feeling Max will be able to use her powers of manipulation to do great damage on Nassau in the absence of the greater force.

Now that Vane is out of the picture, Flint et al. have got to restructure their plan without him. Jack steps up to the plate, telling Flint, “England may have removed Charles Vane from our number, but there’s too much of him in me for England to fully will him away.” But will Jack be in over his head when the Governor’s forces finally make it ashore?

And the wild card no one considered? Edward Teach. Despite his big falling out with Vane in “XXIV,” I think Teach will be genuinely hurt that someone else has taken Vane’s life. Starz promises a “legend of all legends will be born,” in the finale. Is this the moment we see Blackbeard’s epic rise to fame?

Preparations are underway for a battle that will leave no land untouched. Everyone must take up arms and choose a side, whether by choice or out of necessity. What will the landscape look like once all is said and done? Having lost both Vane and Mr. Scott, who will be the glue that cements these two worlds together? The biggest question of all: Who will not return for season four?

The end is nigh! Season 3 of Black Sails comes to an explosive conclusion on Saturday, March 26th, at 9/8c only on Starz.