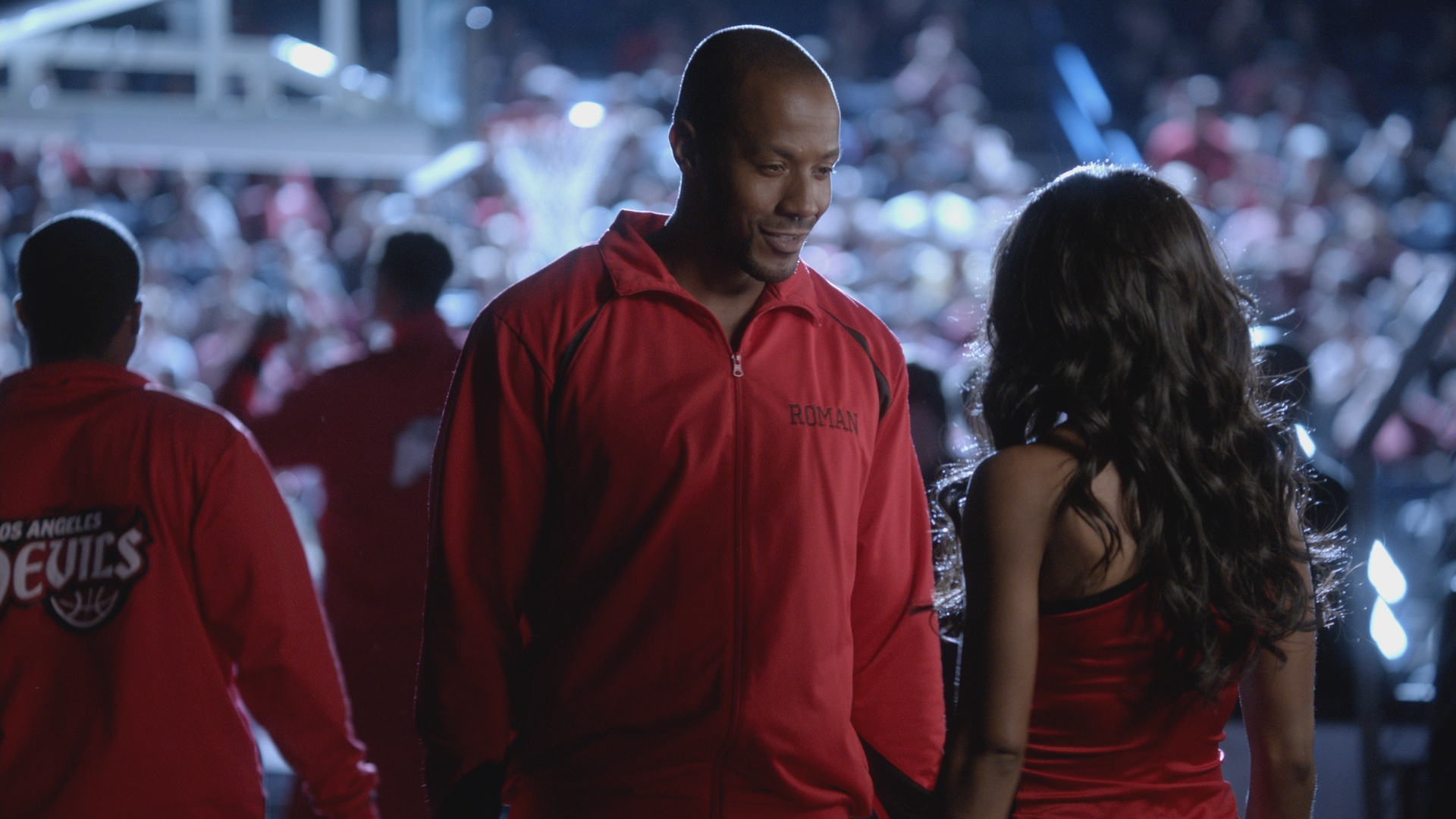 WARNING: Hit the Floor spoilers for “Loss” and some “Possession” season finale speculationÂ

Before I preview the Hit the Floor season finale, it’s imperative we talk about the latest episode, “Loss.” The title says it all.

There were two characters in peril. Olivia’s widower made for damn sure German paid for killing his woman. They were still in the courtroom when the guy stabbed him good. Meanwhile, Raquel’s heart was failing her, which is ironic considering she’s a character that’s all heart.

Would both of them live to see another episode? Would both die? Would one live while the other passed away? At one point, I thought the show would try to make us believe it was Raquel that was going to die and then at the last minute, German would somehow off himself in a way that would leave a viable heart. One that could go to Raquel for a heart transplant, although the doctor did say that a possible transport was explored but wasn’t an option.Â Cliche soap trope begone.

But that’s not what happened. German had a death wish the entire hour. He gave up — or so it seemed that way. He tried to get Derek to assist his suicide. In the end, the former Devils assistant basketball coach found the strength to face his shame. To face what he did. He went to prison. Still a sad story. I never thought this is where he’d end up.

Unfortunately, there was no saving Raquel. She did have enough time to say goodbye to those who matter the most. And while I would have liked to see her final words with her son (other than reading the story), it was nice to see her get a moment with all the women in her life. Plus, the Devil Girls paid homage to their friend by going dark during the intermission of the game that saw Terrence return to the court.

Her former teammates expressed their love for Raquel the best way they knew how: they danced for her in “that field of fireflies.”

I liked how in her last conversations with her friends, Raquel built them up. She let Ahsha know she’s truly become a woman since she met her. She somehow got Jelena to open up to her and unleash her biggest secret.

We promised ourselves we werenâ€™t going to cry but…??? #HitTheFloor pic.twitter.com/8HDRL3QN56

Raquel shared a lot of laughs with her “wife” and friend, Kyle — especially about that “sexy ass doctor.” She read to her son, Miguel. She even helped give German the strength to make the brave choice to live.

“One moment doesn’t define you. The people around you define you. And you’re loved. If you’re gonna dwell on something, dwell on that.”

It’s funny. I didn’t realize I was attached to the character of Raquel until her death. That’s the mark of a show that’s made an emotional connection — it was a bit of a surprising revelation to me. I’ve always been entertained by this show.Â I never knew I was emotionally attached.

In Monday’s season finale, Kyle receives an email from Raquel.

-What secret is Derek hiding? In the preview for “Possession,” there’s a woman named Mandy. What does she know? Who is she?

-Yeah, I’m not going to lie. I wish we could just FF to those last 30 seconds of the finale right now.

-Zero making a move scares me — does it have to do with his long-lost sister?

-This season hasn’t been too heavy with Ahsha vs. Jelena. Things have flared up every once in a while. So I wonder how intense it’s going to get between these two. Things have been building up and Ahsha’s learning to stick up for herself more and more. So we may be in for a battle.

-It’s not a shock that Oscar would want to silence Sloane for good. She’s been a thorn in his side for quite a while. I hope she can either figure out how to stay out of that guy’s clutches or Pete can do something about his bastard of a boss. Pete really hasn’t had that much to do this season other than worry about Sloane. I wouldn’t mind him stepping up in some fashion.

-It’s not going to be easy for Jelena to get pregnant — if she can at all. Meanwhile, Terrence seems deadset on wanting to start a family sooner rather than later. So far, Jelena hasn’t been honest with him. Does she have some sort of plan? And will that plan cause destruction and mayhem?

-Lionel’s not the most likable character but she doesn’t deserve what Oscar has in store for her. Hopefully, she’ll figure a way out of her predicament.

-Another hope? That the episode will end without anyone we love dying. You never know with this show. If it’s not Oscar, I don’t want to know.

Face Off Preview: "The Art of Warcraft"

Dancing with the Stars "Season 22 Episode 1" aka Premiere Week