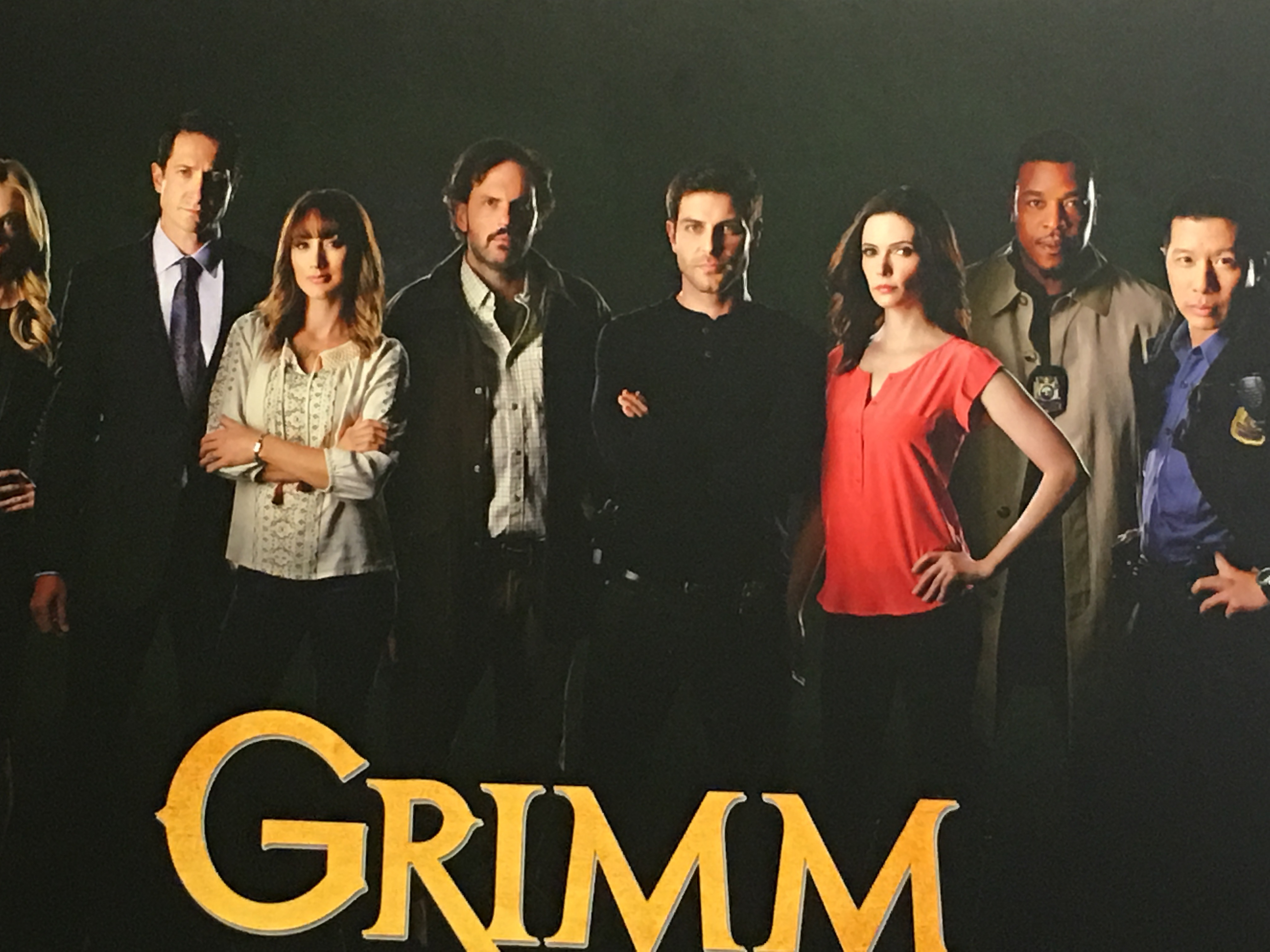 Tonight, NBC’s Grimm reaches a huge milestone: 100 episodes. And it does so in adventurous fashion. After last week’s cliffhanger, it’s time toÂ find out where Nick and Monroe landed after their great big fall. Spoiler Alert: It’s about as Raiders of the Lost Ark as this show can get when there’s an ancient map, an old church, and a treasure involved.

Synopsis for “Into the Schwarzwald”

Still reeling from last week’s Nick and Adalind um, love connection? Well, episode #100 is big for many of the show’s characters.

At a recent event celebrating Grimm reaching 100, Claire Coffee could only say this about Adalind in “Into the Schwarzwald”:

Claire Coffee: “It’s huge for my character. After this episode, the rest of this season is like a freight train without brakes. It just keeps rolling.”

Andrew Dixon is permanently out of the mayoral race. Emphasis on permanently. Sasha Roiz told us what that means for Renard:

Sasha Roiz: “It means some tempting offers are going to be placed in front of him. And these offers may take him down a very dark path. Let me just say assassinations don’t just happen. There’s a plan. So there’s been a plan…for him this whole time. One that he was not aware of.”

Because reaching 100 is such a big deal in the TV universe, we asked the entire cast what they remember about their very first episode.

David Giuntoli:Â Just nerves. I was so nervous. I was like a child. Poor guy. If I knew then what I knew now is what I always think. I was very excited. Very overwhelmed. Incredibly grateful. Very tired.

Bitsie Tulloch: Well, the first episode was the pilot episode which was exactly five years ago this month. And I remember falling in love with Portland and praying that it would get picked up because I wanted to spend more time in Portland. But it was fun. The show looked very different. Which I think is typical on a pilot episode. You’re kind of figuring out the look of the show and you realize, well that didn’t work. David had a really weird haircut for the first few episodes of Season 1. Eventually, someone was like, we gotta cut his hair.

Claire Coffee: The funniest thing probably about the first episode is — they weren’t sure if they wanted Sasha’s character to be British or not so we had to do all of our scenes in one pass with Sasha being British and another pass just being American. That was was kind of fun.

Sasha Roiz: Just being confused. Wondering what are we doing? What kind of show is this? Where is Portland and why is it like this? And now it’s like I love this city, I never want to leave. I love the show, the direction, the fan base. Everything’s come such a long way and solidified so beautifully.

Reggie Lee: The pilot. Nerves. Hair being shaved really short. Lots of rain. I think it rained 33 out of the 30 days of the month. Just having a darn good time with the cast. They have always from the get-go been like, we’ve been a little family. And I know a lot of casts say that. And I love it when they do. And I feel it when they do. Because I know what that’s like.

Bree Turner: I remember it very, very well. Because I loved the script so much. It’s why I said yes to the job because it was this fully realized character in the first episode. I also remember auditioning, booking and being on set working within 24 hours and it was just the craziest whirlwind of an experience. Day one is the day I meet Silas on set. And it’s the day our characters meet for the first time and so we morph together. There’s all these major things happening my first day on set. So I have a real soft spot for that script. And our showrunner Norberto Barba was very instrumental in me getting that job. And it just all happened so quickly that I thought no way is this the job that changed my life because it was too crazy and then it was.

Silas Weir Mitchell: I remember it was March of 2011 and it was raining and raining and raining and cold. And I realized, oh, I see how this is going to go. I remember we shot this sequence of Hank crossing a river, a little creek. And we shot that at the beginning of the day. And it was evening and it started to rain and it was pretty substantial rain. But we turned around about an hour and a half, two hours into the rain and it was rushing three-foot high river that we could not have shot what we needed to shoot if we had not shot it first. And we didn’t know that. We didn’t know that an hour and a half of rain was going to cause this torrential thing. So it was one of those things where you realize, okay, we’re gonna roll with it. We don’t know how this is going to work out but you roll with it.