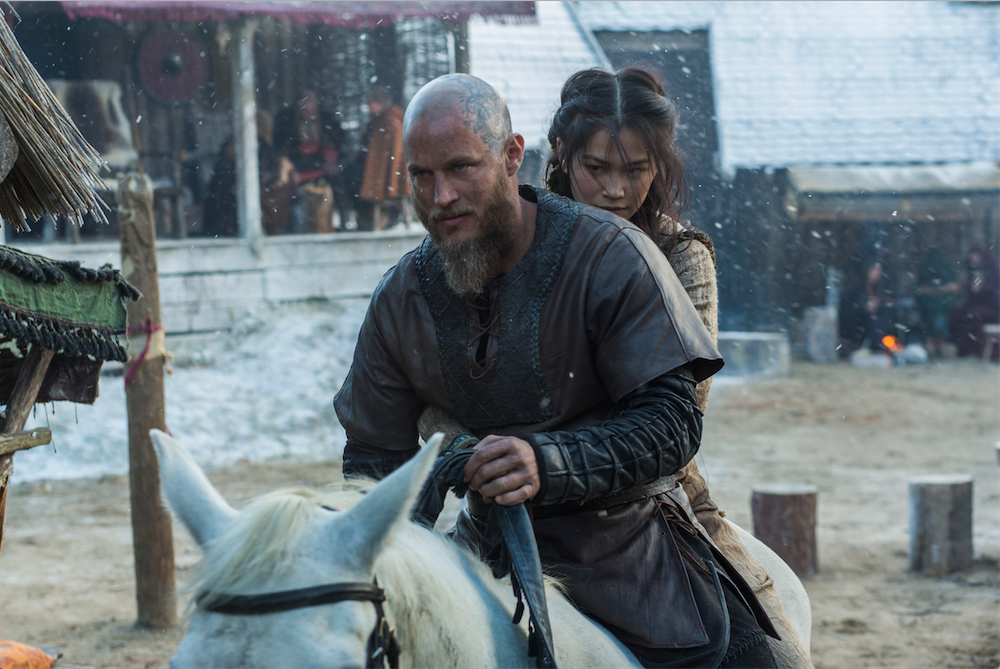 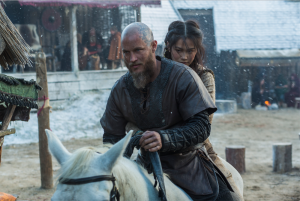 There’s a new episode of HISTORY’s Vikings tonight. Keep an eye out for everything that goes down in “Yol.” You might even want to use your third eye. Because there are a couple of really strange moments that happen. One of them I can’t quite understand right now. The other is downright psychedelic. 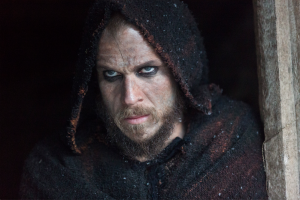 Synopsis for “Yol”: The Yule Log burns in the Great Hall in Kattegat and, though Floki must remain out in the cold, other visitors are welcomed, among them a Norwegian King and Bjorn, with a new partner weâ€™ve met before. Ragnar is intrigued by the beautiful slave, Yidu, but her past remains a mystery. King Aelle visits Wessex for Christmas and is not impressed with how family relations are developing and in Paris, Rolloâ€™s future hangs in the balance – can he win-over his new bride, Gisla, as a Papal Delegation arrives to arrange a divorce?

-Ragnar is fascinated with Yidu. He shows her some place very personal to him.
-Ragnar makes a decision when it comes to Yidu.
-Rollo’s cut his hair and he’s on a quest to immerse himself into his French Noble life. Will all his hard work pay off?

Ragnar and Aslaug fight over their youngest, Ivar

-Danger finds Bjorn.
-Aslaug makes a big decision about someone near and dear to her.

-Judith exerts her fierce female self.
-The Seer pops up again

Heads up: Helen Shaver, a veteran character actress who starred in The Color of Money and whose TV credits include Hill Street Blues, Poltergeist: The Legacy, The 4400 and The L Word, directs tonight’s episode. This isn’t her first time stepping behind the scenes for Vikings. She directed Season 3’s “Born Again,” the episode where Floki killed Athelstan. She also directed “The Usurper,” the Season 3 episode where King Ecbert’s son wipes out the Vikings that stayed behind to settle in England. And Ecbert — the rat — was cool with it. It’s also when Ragnar made the announcement that the next raid would take the Vikings to Paris. Shaver’s also directed episodes of Orphan Black, Person of Interest, Elementary, and Reign.

“Yol” is a big episode for Dianne Doan, who plays Yidu. “I would say episodes four and five were really special for me,” the actress said in a recent press call. “I got the chance to really play around and explore with my character and I think youâ€™ll really learn a lot about Yidu. Also, that I got to work with an amazing director (Helen Shaver) during that time and I learned the most probably then. Itâ€™s the start of my story arc, I would say, during that time, those two episodes. 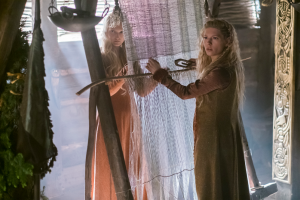 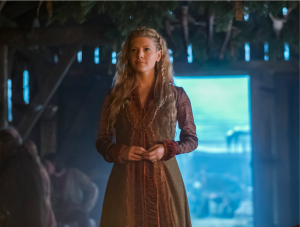 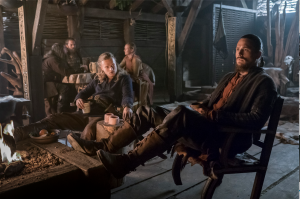 VICE Preview: “Afghanistan After Us” and “La Haine”