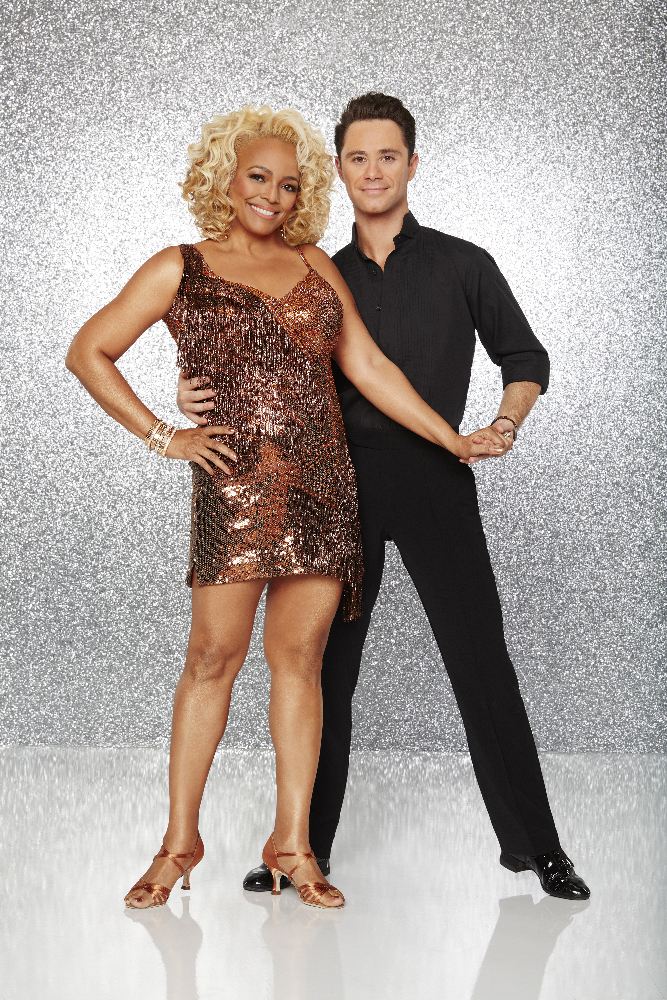 Season 22 of Dancing with the Stars is almostÂ here. What’s new and different about this season? Well, it won’t have Derek or Julianne Hough. But we can rejoice because Len Goodman is back. Yay! I missed that cranky man something fierce.

The new cast and their partners have been announced. Letâ€™s break down the couples:

Mischa Barton is best known for her starring role on The O.C. Since her series ended, she’s struggled a bit. I don’t know anything about her dance ability but something tells me she won’t go too far in the competition. But stranger things have happened. I hope she surprises me.

Antonio is one of three professional football players this season, which is a very interesting casting move. Speaking of moves, he may have some. After all, we know that a lot of athletes do well. Sharna was really close to snagging that Mirror Ball Trophy last season. So I think these two rae going to go for broke to ensure she actually wins it. It doesn’t hurt that he has his loud and proud Pittsburgh Steelers fan base backing him. He could be one of Season 22’s strongest competitors.

Nyle won the 22nd cycle of Americaâ€™s Next Top Model and was the first deaf contestant on that show. Now he’s going to be on Season 22 of DWTS. Is 22 his lucky number? It’s going to be very interesting to see how he transitions from the catwalk to the dance floor. In Season 6, Marlee Matlin showed us that a deaf person can truly be a beautiful dancer so I canâ€™t wait to see how Peta Murgatroyd does with Nyle.

Kim Field’s been busy being a Real Housewife of Atlanta on Bravo Â and a director. She’s celebrating 40 years in the entertainment business so why not do it with a little (or a lot of) dancing? We all remember that Kim spent time on roller skates (on her late great sitcom The Facts of Life) so she will probably be coordinated. Bonus points simply because Iâ€™m excited Sasha Farber is a pro again and doesnâ€™t have to wear crab and shark costumes!

Doug Flutie’s another one of the season’s pro football players. The all-star quarterback’s now retired from the sport but don’t count him out. He could know his way around a dance floor. And if he doesn’t, that’s okay because Karina will definitely be able to whip him into shape. How fun would it be for the former Heisman Trophy winner to get his hands on the Mirror Ball Trophy?

What an interesting and timely casting move on the producers part. Marla Maples — ex-wife of a certain Republican candidate for POTUS — paired up with Tony Dovolani for the new season. Her marital history aside, she does have a Broadway background so guess what? She might be sticking around for a long, long time.

Well this yearâ€™s Super Bowl MVP for the Denver Broncos clearly thinks he needs another trophy on the shelf. Yes, Von Miller is the third and final NFL player on the show. The superstar linebacker is famous for his touchdown dances so he should be very entertaining. And as we all know, Witney does know what it takes to win. Come to think of it, so does Von. They may make a fiery pair!

Boyz II Men recently appeared in FOX’s Grease Live. And they made an awesome appearance on James Corden’s Late Late Show where they belted a recap of the Super Bowl set to their hit song, “End of the Road.” Well, now one of its members continues to bring the Boyz II Men goodness to the masses. Wanya Morris could be a contender in Season 22. We’ve seen him dance in his videos, but ballroom is a whole different animal. Let’s hope the end of the road doesn’t come quickly for him. Because he has great musicality, he will be one to watch.

Edyta has been gone for a while. But she and her barely-there outfits are back and she has some serious work ahead of her. Her partner is none other than Geraldo Rivera. I hate to be a pessimist, but I’m not confident Geraldo and his ego will be able to light up the dance floor. However, people know who he is so I won’t be too surprised if he’s around for a while. Good luck Edyta!

Jodie Sweetin has been dancing since she was a kid so I think she will do well. Keo has never gotten past the first week so I think itâ€™s his time to shine. Jodieâ€™s co-star, Candace Cameron-Bure from Full House and the new Netflix version Fuller House, was on the show in Season 18 and did pretty well. Is she going to offer up any advice to her TV sis? Will the Fuller House cast show up to support Sweetin? Hope so, because I think Jodie is good enough to make the finals..

Paige is a popular fighter for the UFC, which is all the rage these days. I donâ€™t really know much about her but Mark is very inventive and just as competitive a fighter so anything can happen. Honestly, Mark can make a champ out of almost anyone so I’m not going to bet against VanZant just yet.

Good Morning America‘s weather reporterÂ seems to be super excited to be part of the show. I have no idea if Ginger Zee can cut a rug but Val knows what he’s doing and will make sure she looks good. So for now, the forecast remains hazy but hopeful.

I think this season is really up in the air at this point. There are a few people that I think as of right now are contenders. Who will win this season? Who do you thinkÂ has a chance?