The Walking Dead “Not Tomorrow Yet” 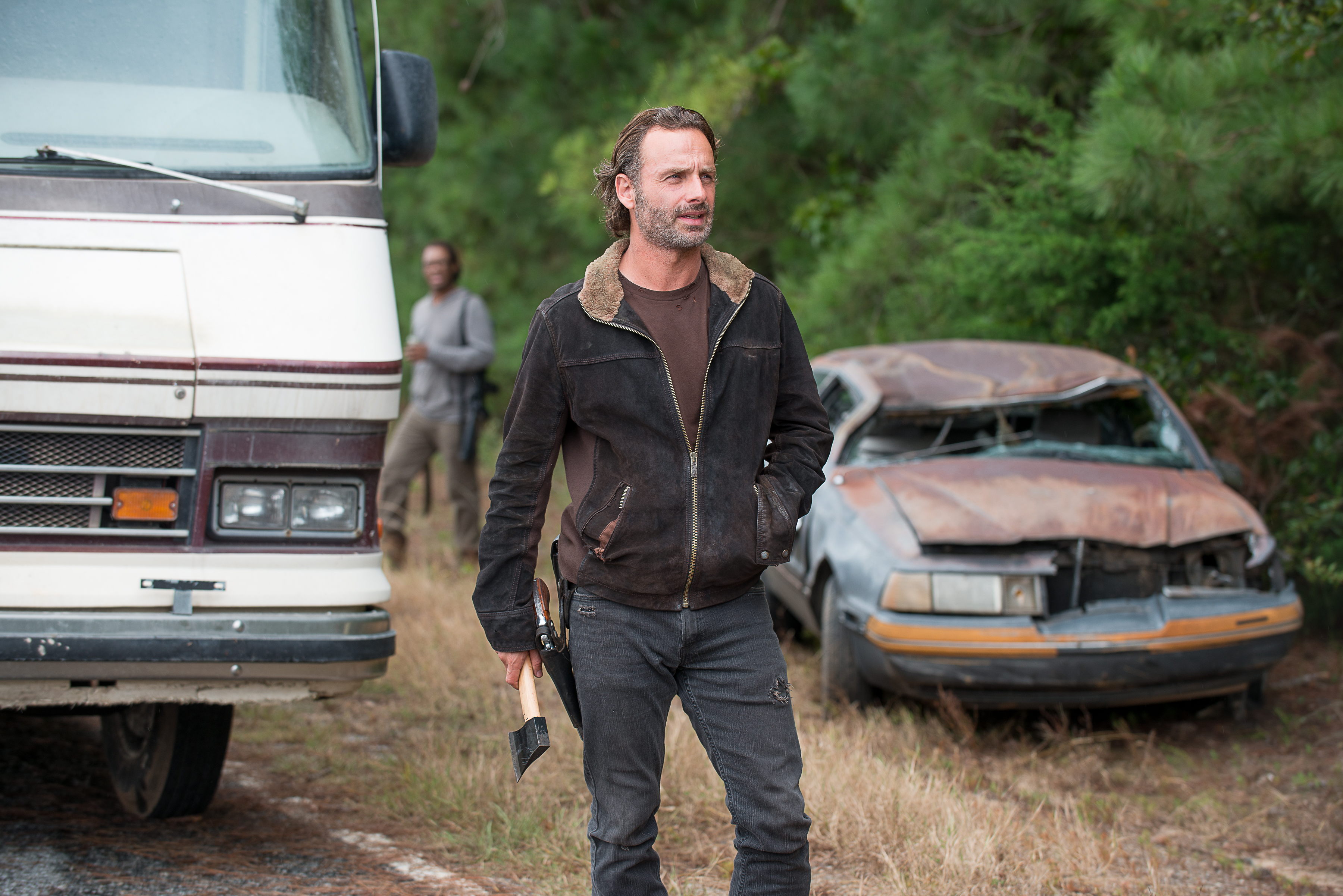 You didn’t think it would be that easy, did you Rick? After sweeping through Negan’s compound, Rick and Co. thought they had taken out The Saviors. They were wrong, and now Maggie’s and Carol’s lives are in danger.

“Not Tomorrow Yet” was an action packed episode that saw Rick’s crew reach a new level of Â playing offense. We also saw Abraham swiftly and cruelly end his relationship with Rosita, Glenn make his first (of many) human kills, and Carol get some unexpected lip action.

The writers wasted no time in sending the group to infiltrate Negan’s compound. I figured we would spend the entire time watching Rick formulate a plan. Instead, we witnessedÂ the group take out The Saviors one by one. The plan wasÂ unfolding meticulously, which is why I knew trouble was around the corner.

There was something incredibly unsettling watching everyone kill The Saviors in their sleep. We know Negan is going to be a horrible human being, but what about the people following Negan? Maybe they were forced to be there at some point. I’m not saying that they made the wrong decision. I would do the same if I were put in their position. However, I think this event sheds a light on just how drastically Rick has changed since we first met the cop waking up from a coma.

Rick’s a leader and will do anything to protect his people. He’s not a bad guy in the way Negan seems to be. Negan is a tyrant, enforcing his power and violence on whomever he sees fit. Rick uses violence as a means to an end. Rick’s not going to beat a teenager to death to prove a point. Still, Rick has no problem killing a group of people he deems as a potential threat.

I kept waiting for something bad to happen. No one got shot and no one got stabbed. It was all going too well for Rick and the group, so I wasn’t surprised to hear that woman’s voice over the walkie-talkie saying she had Maggie and Carol. I think Rick underestimates the power of Negan and his group, and I anticipate a rude awakening coming very soon.

Carol’s journey since Season 1 has been extraordinary. The battered housewife turned into a cunning, strong woman capable of taking care of herself and those around her. Still, there was a stretch of time where she seemed to lack a conscience about death. I believe her conscience is now catching up to her, in part because of Morgan. Morgan’s beliefs are affecting Carol whether she knows it or not.

She’s keeping a list of her kills and was hesitant to go into the compound and opted to stay with Maggie. I don’t know if Carol will adopt Morgan’s ‘all life is precious’ philosophy, but she’s definitely questioning her choices. It’s interesting how she’s still holding onto her homemaker image in Alexandra by bringing everyone cookies. It may be a reluctance to return to the violence.

A significant development was Glenn making his first of several human kills. The act of taking a human life clearly took an emotional toll on him, and I’m curious how this will change Glenn going forward. I don’t think he’ll just go around killing a bunch of people, but I do think the act of killing will get easier and easier for him, despite his moral compass.

Elsewhere in the episode, Abraham broke up with Rosita in the worst way possible. I get that he’s not in love with her, but he could have used more tact. I’ve never been a huge fan of Abraham and his cold-hearted words to Rosita were inexcusable. He might as well have told her the truth about his feelings for Sasha, because Rosita will find out eventually.

Check out a sneak peek of the next installment titled “The Same Boat.”

Once Upon a Time "Souls of the Departed"