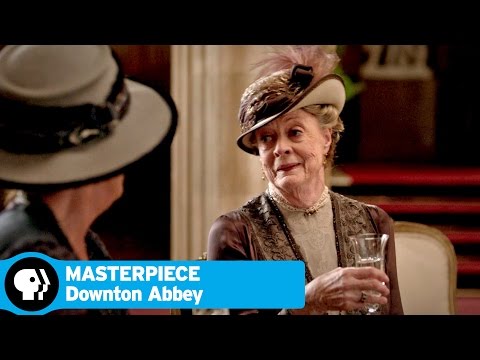 At the beginning of the season, we had hoped this was the year Mary and Edith would grow up a little and learn to get along. But that â€œbitchâ€ Lady Mary had to go and mess it up. Of course, Mary wouldnâ€™t have had a chance to spill Edithâ€™s secret if Edith had come clean with Bertie. Do we understand the hesitation? Of course, but if Mary sees a weakness she can exploit in regards to her sister, letâ€™s be honest, sheâ€™ll do it.

And while we’re glad Tom came back from America, itâ€™s time for him to stop being Maryâ€™s cheerleader and start moving on with his own life. Donâ€™t get us wrong, we love how close Mary and Tom have become. We feel like this is the kind of sibling relationship â€” loving but completely willing to call each other out when needed â€” that would also be great for Mary and Edith. But we find it strange that Tom hasnâ€™t really had any romantic prospects. We’re going to discount Ms. Bunting because we loathe her. But heâ€™s young and eligible. Is he still not ready to move on?

We werenâ€™t sure what to expect for the series finale, but we will say there was a lot of great moments, a few of which were unexpected. One thing that always manages to delight us is the close friendship Isobel and Violet have managed to cultivate over the years. We love that they are so different, but have become such great friends. And itâ€™s this friendship that allows â€” or maybe even leads â€” Isobel to do something quite drastic.

But what about the rest of the family both upstairs and down? Things are changing for Mary and Henry and Tom is pulled into a new venture because of it. Does Edith finally get a little piece of happiness? Well, youâ€™ll have to watch to find out. What about Cora and Robert? Weâ€™ve always enjoyed their relationship and we actually love it when theyâ€™re a little out of step with each other.

As time marches on, everyone atÂ Downton must find a way to flourish, or at least cope. There are both good and bad developments with the downstairs staff that lead to some changes, but ultimately we think everyone ends up where they should.

We will say we wouldâ€™ve loved to see some tragedy in the episode, because thatâ€™s life and apparently we enjoy dramatic endings. But we wonâ€™t complain too loudly because weâ€™ve enjoyed spending time with the Crawleys and their extended families and we like where things are headed.