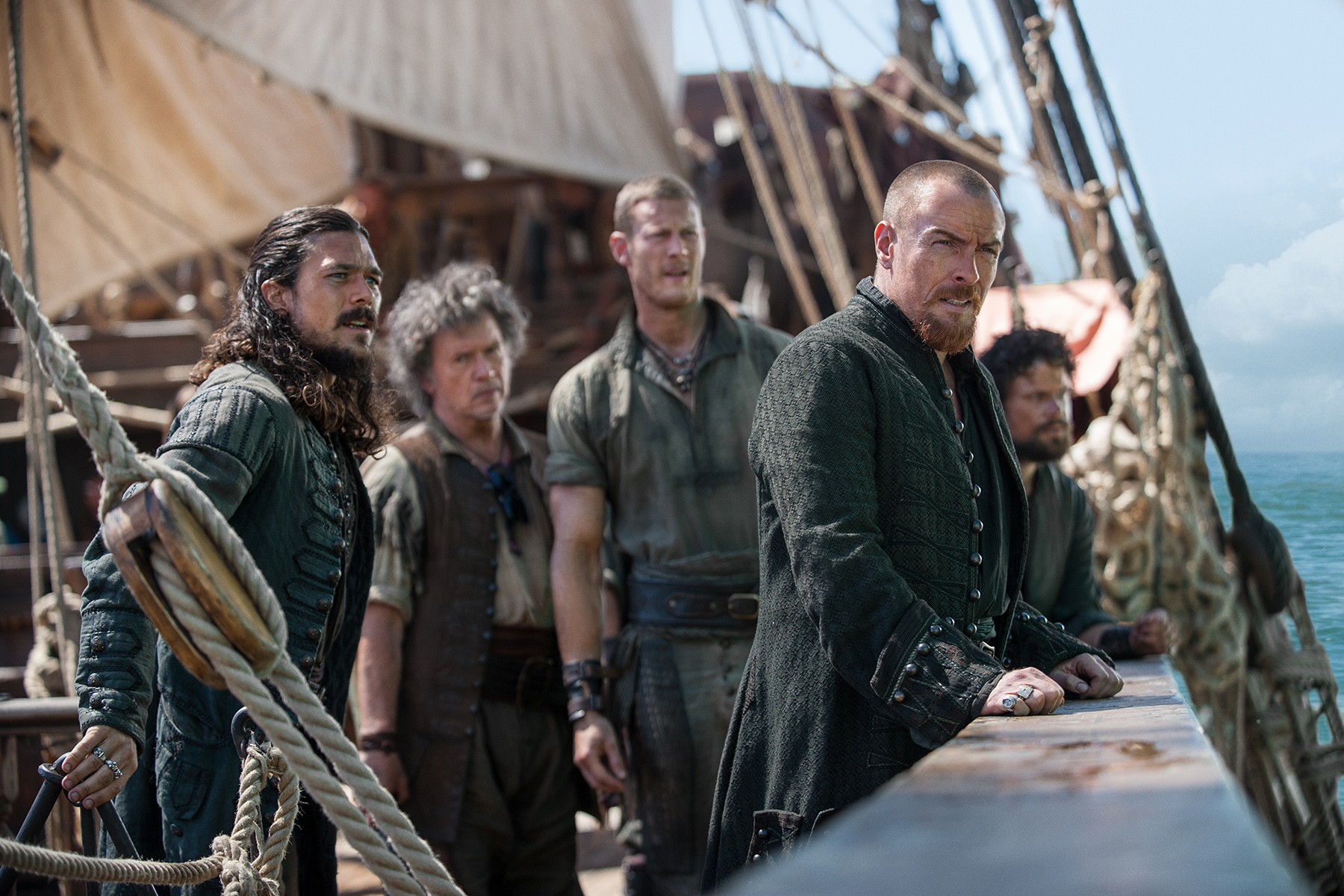 Time heals all wounds, right? According to Black Sails episode “XXV,” nothing could be farther from the truth.

There is no forgiveness, no redemption, no mercy to be found, either by Flint’s hand or by England’s or Spain’s. “XXV” gets into some visceral storytelling and believe me, you’ll be begging the writers for more before it’s all said and done!

Now that Flint has secured Vane from Blackbeard’s keep, they must figure out a way to regroup without a fleet. The Queen of the Maroons is not inclined to listen to what-ifs and maybes, so she makes a few demands of her own. Unable to lose Maroon support as well, Flint agrees to her terms and we’re left to see just how involved her people and her island will become in this looming war.

Surprises abound as we get to see a whole new beast come into existence. John Silver has been marinating on a slow burn since he lost his leg, but he comes to life as one pivotal moment changes everything he was. While his revelation may be the most profound, he’s not the only one trying to find his footing (no pun intended). Everyone’s claws have come out as we watch the rat race for the cache.

As if the triangle of Jack/Anne/Max wasn’t complicated enough, now Anne is forced to decide between freedom and Jack. No relationship (platonic or otherwise) is safe from the volatile situation that grips Nassau. Even the island herself begins to fight back.

How far is Spain willing to go to make a statement? How dirty is Governor Rodgers willing to get keep the peace? Where does loyalty rank among our pirate friends?

Whatever plans you have for Saturday night, cancel them. Black Sails needs to be watched live because you won’t want this spoiled. Catch all the action Saturday at 9/8c, only on Starz.

Bates Motel Preview: "A Danger to Himself and Others"

Once Upon a Time 100th Episode Preview: "Souls of the Departed"