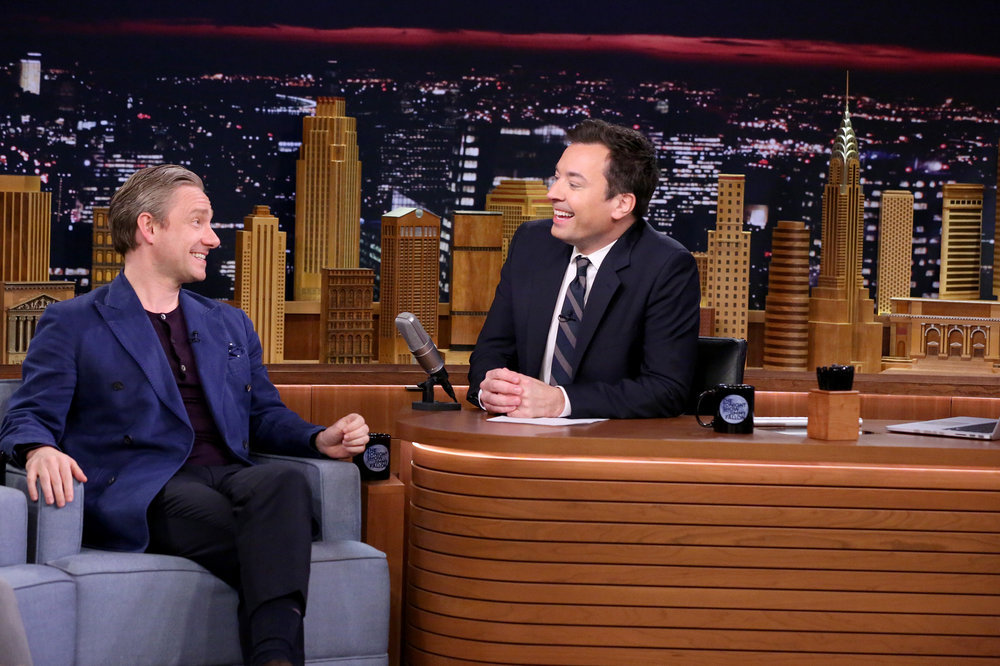 Happy Leap Day to us! We don’t mind admitting that we here at TV Goodness have a major TV crush on actor Martin Freeman of Sherlock, Fargo, and Love Actually fame. Not to mention all those Hobbit movies.

Last night on The Tonight Show, he chatted with host Jimmy Fallon about two of his current projects, Whiskey Tango Foxtrot (out in theaters this Friday) and Captain America: Civil War (in theaters May 6). Here in this clip, he and Fallon talk about his character’s “exciting” Civil War “costume” that everybody’s buzzing about (not really) — it’s clear he must spend hours in wardrobe putting this thing on (again, not really).

If Freeman’s in it, we’re there. Especially when it comes to the next highly anticipated season of Sherlock that’s a long time coming. A long, long time coming. No joke? Season 4 reportedly doesn’t hit air until early 2017. So cruel, they are.

But, at least, Freeman and Benedict Cumberbatch are both taking turns in superhero films this year. Freeman in Captain America and Cumberbatch in Doctor Strange. That’s the least they can do for making us wait for brand new Sherlocks.

10 Things You Need to Know about Shadowhunters' Maxim Roy

Relationship Recap: The Couples of VH1's Hit the Floor