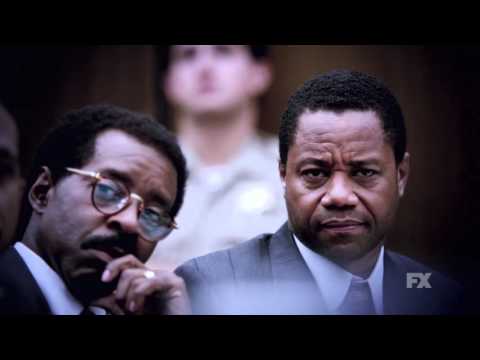 For weeks I’ve been hearing how great this series is, so I finally decided to catch up. Not only does this series take a much closer — and pretty intimate — look at both sides of “the trial of the century,” but we get a small dose of what it was like for the families ofÂ  Nicole Brown Simpson and Ronald Goldman during this time. I keep forgetting the media frenzy that surrounded this case because, quite frankly, I thought the D.A.’s office had a very cute and dried case. I assumed O.J. would go to jail. To see all the intricacies of both sides of the case has been truly fascinating because everything was so well documented. And while I’m learning quite a bit from this series, I know to take it with a grain of salt. But what I’ve seen so far has made for some truly compelling television.

In “Race Card,” we see Christopher Darden and Johnnie Cochran go head to head in court. Ever the showman, Johnnie knows what he’s doing. If nothing else, that man has a way with words. Is he too dramatic for my tastes? Yes, but he certainly gets the job done. My memories of Darden during the case aren’t flattering, so it’s been enlightening to see a different side of him. In this version of the story Darden is competent and he earned his place on the team. Some say he only got there because he was black. Whatever the truth is, he comes across as a very good lawyer. One of his downfalls, I think, is to imagine that his previous relationship with Cochran will do him any favors.

While personal relationships shouldn’t play any part in this, they do. But the most important part of this case is the sheer amount of overwhelming evidence the prosecution had. They have O.J.’s blood on the glove. They have O.J.’s blood on the property. They have blood from O.J., Nicole and Ron in the bronco. But as Cochran so eloquently puts it, his team’s job is “to tell their story better than the other side tells theirs.”

And what about Mark Fuhrman? I love that Steven Pasquale has been cast in this role because it makes me revolt to think of him as a racist. I still have such fond memories of him from Rescue Me and I know that’s coloring my judgment. In Fuhrman, we’ve got someone who is essential to the case, yet every single person on the prosecution’s team doesn’t want to touch him. He’s got a horrible track record of racially motivated incidents on the force and they know it won’t play well to the jury. But his testimony is crucial. So what are they to do? Darden’s been told to prep Fuhrman for trial, but is it really in the best interest of this case for Darden to question him? That remains to be seen.

One thing that surprised me in this episode is the jury’s field trip to O.J.’s home. There are a few things that happen there I don’t want to spoil, but at the end of the day I don’t think this trip does what either the prosecution or the defense hopes it will. I might have to do some research on my own to find out why this trip was even allowed.

The highlight of the episode, for me, comes in the first five minutes. I won’t give away any details, but the scene is with Cochran and his daughters and it takes a turn.

10 Things You Need to Know about Shadowhunters' Maxim Roy