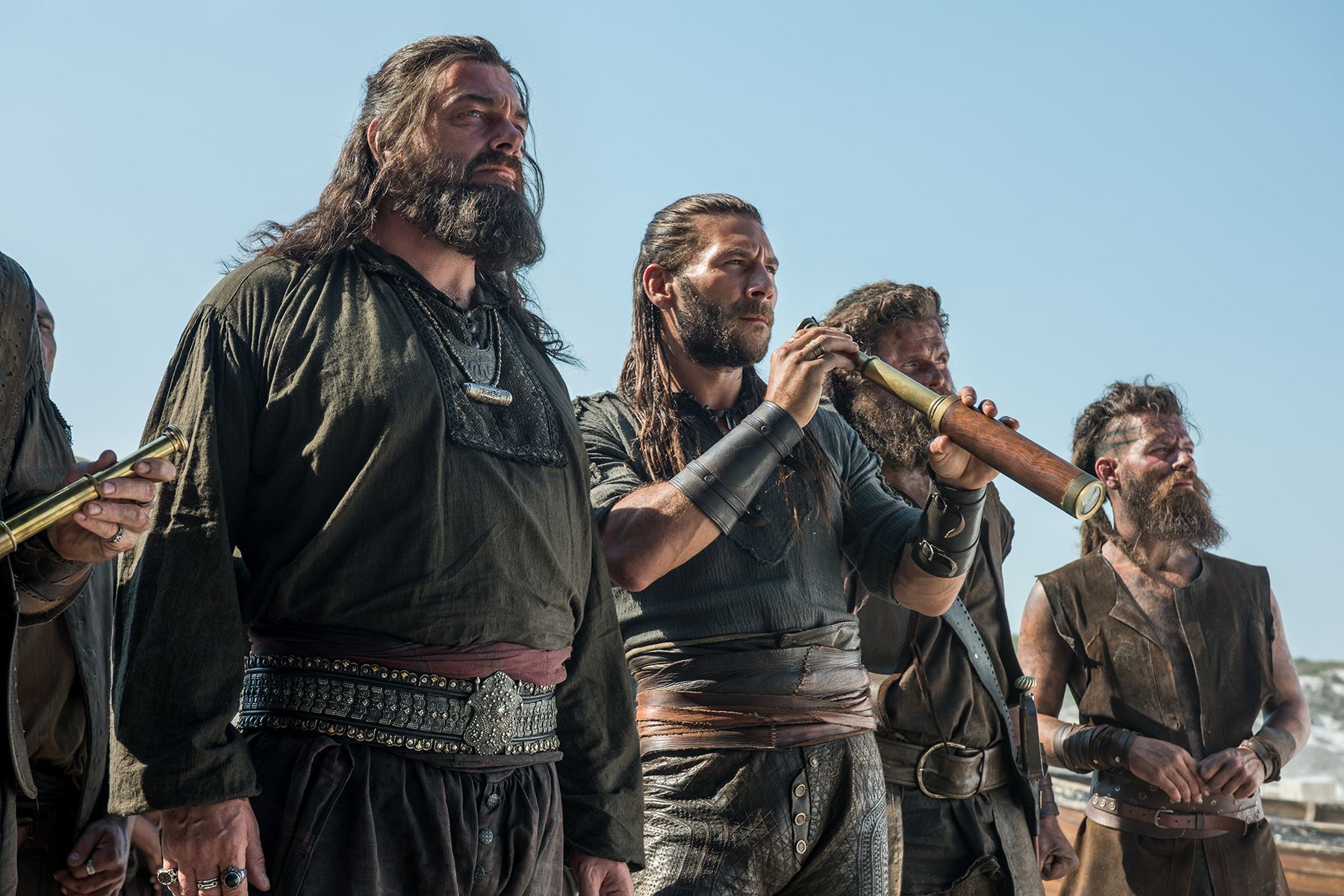 Everyone gets territorial as the stakes get higher on Black Sails â€œXXIV.â€

Flint and his recently freed crew set sail with their new recruits in search of Charles Vane. After Flintâ€™s rousing speech in episode â€œXXIII,â€ he knows that heâ€™s stronger with Vane and that he cannot retake Nassau without some help. Upon making landfall, Flint and Blackbeard come face-to-face for the first time in a long time. As expected, tempers flare and Flint begins to see his well laid plans crumbling before him. He appeals to Vaneâ€™s sense of honor, but is it enough to garner the manpower he needs for the fight to reclaim Nassau?

There’s also trouble in paradise for newly appointed Governor Woodes Rodgers. Now that he knows there is a Spanish spy among them, heâ€™s doing everything in his power to find Jack Rackham, Anne Bonny, and most importantly, their converted stash of jewels from the Urca gold. He may have been able to placate his way to the top of the island, but Rodgers must quickly learn that itâ€™s going to take a lot more wheeling and dealing to stay there. Only time will tell if Eleanor proves to be the ally he believes her to be.

It’s one thing to lay claim to something, it’s quite another to actually possess said thing. Spain no longer trusts their British allies; Business partners are no longer on the same page; Stations and titles are losing their value; And reputations are being built upon the bones of rivals.

Youâ€™d be hard pressed to find another show on TV that plays out the territorial dog-fight better than Black Sails. Be sure to watch this weekâ€™s nail-biter episode! â€œXXIVâ€ airs Saturday at 9/8c on Starz.

Being Human Preview: “If I Only Had Raw Brain” [VIDEO]