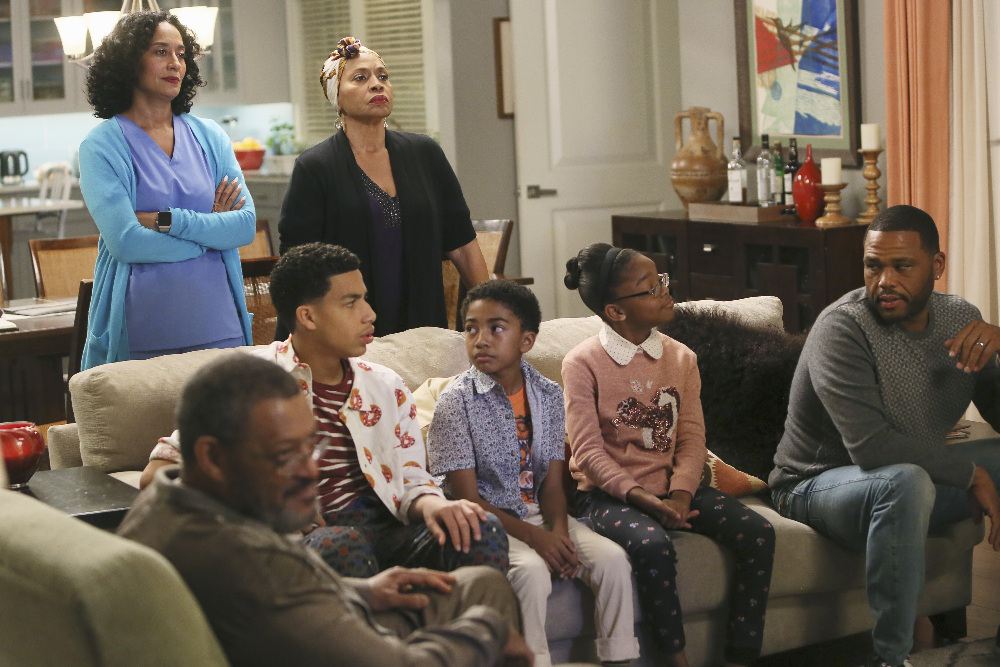 What’s going on? In tonight’s “Black-ish,” it’s a debate on something that’s been gripping the U.S. for decades, but especially in the last few years. Police brutality and its effect on the black community. Everybody has opinions on this controversial subject including Dre, Bow and their entire family.

When the kids ask some tough questions in the midst of a highly publicized court case involving alleged police brutality and an African-American teenager, Dre and Bow are conflicted on how best to field them.

Dre, along with Pops and Ruby, feel the kids need to know what kind of world theyâ€™re living in while Bow would like to give them a more hopeful view about life.

When the verdict is announced, the family handles the news in different ways while watching the community react.

Most of the episode takes place in the family home. No cutting to Dre’s job. It all revolves around the tragic case they’re seeing play out on TV. “Hope” manages to keep its humorÂ while the characters come at this topic from different angles. There are some surprising moments and characters showing substance in ways they have never before.

There are also a couple of truly heartbreaking moments, including Dre, talking to Bow about President Obama. “Hope” is funny, thought-provoking and emotional. It’s an episode that’s going to stick with you long after the credits roll. All the actors do fantastic jobs, especially Anthony Anderson (Dre), Yara Shahidi (Zoey) and Marcus Scribner (Junior). And does Chipotle sponsor this show? Because if the restaurant chain doesn’t, it should.

The Mist Preview: “The Waiting Room”