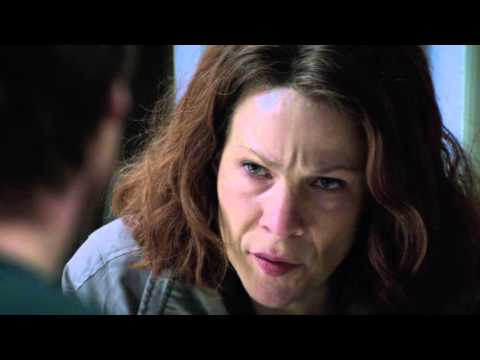 Up until last week we thought we were watching a show about sexual assault and how class, race and gender play into that. But everything changed the moment Taylor got his hands on a gun. Weâ€™ve talked to a few people who thought Taylor was going to commit suicide. We assumed he wasnâ€™t, merely because the gun appeared early in the episode (as opposed to right at the end). And as soon as he made that list â€“ the one that included Leslie, Kevin, Eric and WesÂ â€“ we had an idea of where this might go.

We keep thinking we know where this show is going and we keep being surprised. There’s so many layers to this story. There’s so much going on within the dynamics of these communities. We’re seeing what’s going on with these kids at school and at home and what they’re hiding from their parents as well as their peers. We’re seeing what’s going on with these teachers and administrators both inside and outside the classroom. We’re seeing all these secrets and everyone seems to lay blame on different doorsteps for different reasons. We love that nothing is black and white. We love that motivations seem to shift and change depending on how events are being perceived and with who’s currently being blamed. We love that we’re getting so many points of view.

We’re trying to decide what to say about “Episode 8” without giving anything away. Here’s the official synopsis from ABC:

In an episode that features interviews with real-life Columbine teachers, along with parents and victims of LGBT bullying, Leyland High School mourns the loss of one of their own, while Leslie finds her job on the line in the aftermath of the tragedy; Curt tries to file a missing personâ€™s report with the police when he suspects his estranged wife, Lilah, has run off with their son, Peter, after she blames him for son Ericâ€™s sexuality; Becca makes a startling confession to Dan; and Sebastian reaches out to Anne in an attempt to help her bring retribution to those who caused her son Taylorâ€™s downfall.

This is an incredibly powerful episode that we hope helps facilitate dialogues about bullying and assault in schools, gun control, sexuality and so much more. There are so many issues that need to be discussed that aren’t. Maybe this episode will be the push someone needs to start a difficult conversation.